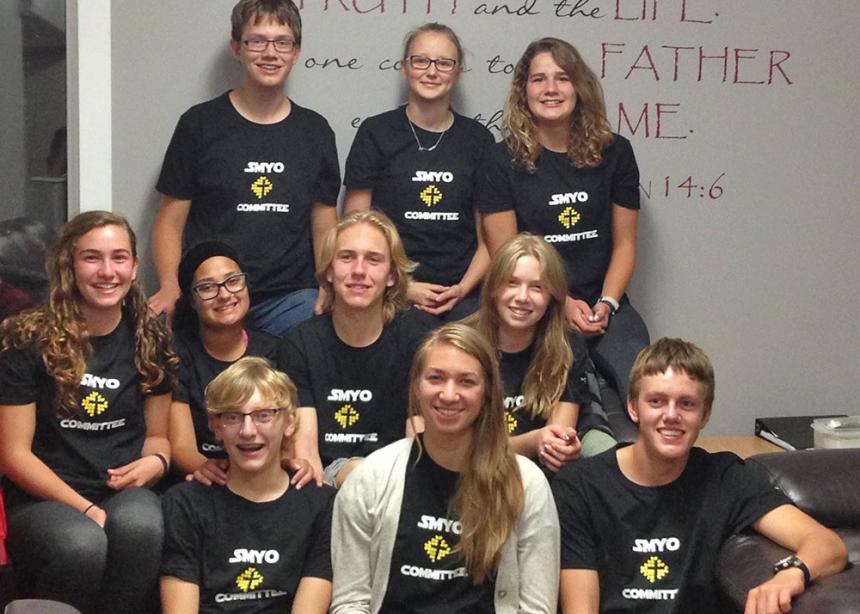 Mennonite youth in Saskatchewan are raising their voices and offering a perspective on some of the controversial issues facing the denomination.

The Saskatchewan Mennonite Youth Organization (SMYO) is made up of all the youth in the province that are part of, or connected to, a Mennonite Church Saskatchewan congregation. That comes to roughly 120 youth. SMYO wrote a report at its 2014 retreat, discussed it as a group, and all signed it.

According to Kirsten Hamm-Epp, the area church youth minister, this could be the first time the youth have weighed in on church discussions using their annual report, which will be read at MC Saskatchewan’s annual delegate sessions this month.

“This year we have decided to change things up . . . and add our voices to the discussions taking place in the Mennonite church,” the report states.

“The report shows the interest they have for the church, and the desire they have to help it flourish, which—for me, at least—offers a lot of hope moving forward,” Hamm-Epp says.

The report starts by addressing same-sex relationships, something that’s causing a great deal of conflict in the area and national churches.

The youth acknowledge there are differences in the interpretation of the Bible, but believe the church should be unified in its love and acceptance of all people.

“Treating everyone like we would treat our best friends, kind of like kids do,” the report states.

Seventeen-year-old Anna Epp serves as co-chair of SMYO and attends Wildwood Mennonite Church in Saskatoon. “Growing up in Wildwood, I knew you always have to accept people, and listen to other people’s opinions,” she says.

Jesse Neufeld, 16, is the other co-chair. He attends Zoar Mennonite Church in Langham. “Growing up in the church we didn’t really talk about [same-sex relationships] a lot,” he says. “But I know a lot of people from the [lesbian/gay/bisexual/transgender/queer] community, and I never really wanted to discriminate.”

The youth resolved to lead by example and made a pledge in the report: “We want a church that is for everyone, and we want to be part of making that happen. Moving forward, SMYO plans to actively accept, include and support people from all backgrounds and ways of life.”

“Whoever you are, you can always come into the church as a youth and as an adult, in our minds,” Neufeld says, adding, “I think it was a good statement to make.”

The future of the Mennonite church seems uncertain at this point, but SMYO believes it has a role to play in understanding what comes next. It thinks the church should focus on including people and accepting the changes the future holds.

It’s important to make decisions for the future of the church, not just to make people happy for the time being, Neufeld says.

The report addresses that, too. “We’re often called the future of the church, but we’re already part of the church,” it states. “It is important for youth to feel accepted, that people aren’t listening to us or involving us because they have to, or just because we’re young, but because they want to and genuinely care abut what we can contribute. When we feel that we are being heard and valued, we are more likely to listen as well and get involved in what is going on in the church.”

Hamm-Epp hopes that youth commitment to the church will be evident and that the church, in turn, will work at discovering new ways to engage them. 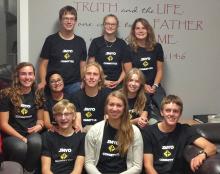 Wanting to clarify a couple of things about how this report was developed and how it is going to be addressed at this year's MC Sask Annual Delegate Sessions (ADS).
- The report was written by the SMYO Committee, which is a representative group of nine youth, over a period of weeks prior to the SMYO Sr. High Retreat, where it was presented to the larger SMYO body and feedback that was received was added and taken into account for the final version.
- Unfortunately, there is not time at the ADS for the report to be read, but delegates will be strongly encouraged to do so on their own time and engage youth who are present at the ADS in conversation about it.

Apologies if I was unclear in any of my communications about the report!