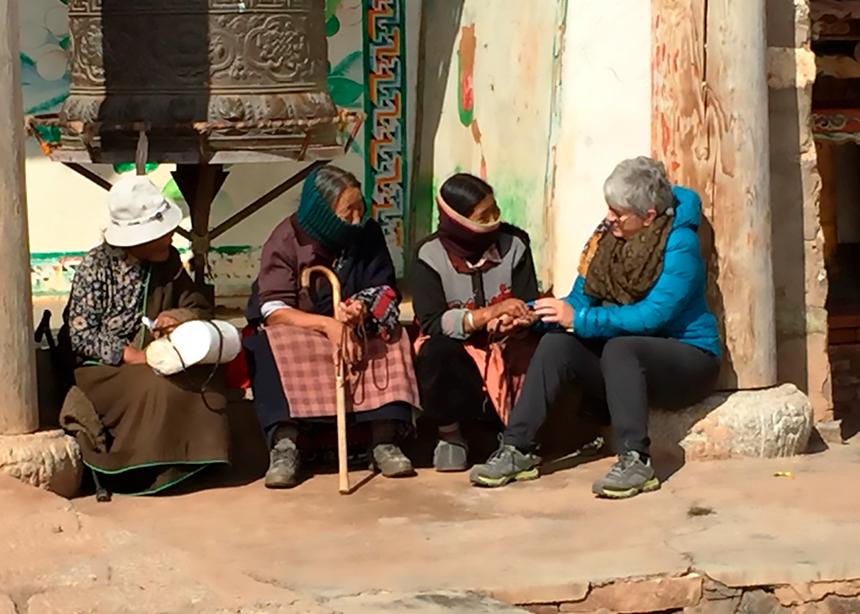 “Everything about China was not what we thought.”

Delilah Roth’s words seem to capture the feelings of many in her group.

Delilah and husband Brian Roth were part of a group of 25 Canadians and Americans who travelled to China on a Mennonite Partners in China (MPC) learning tour led by executive director Myrrl Byler and associate director Jeanette Hanson. Ten of the 25 were from Saskatchewan, and, of the Saskatchewan group, six, including the Roths, were members of Rosthern Mennonite Church.

Hanson, who is interim director of Mennonite Church Canada’s International Witness program, serves with MPC from her home in Rosthern. She and husband Todd were MC Canada Witness workers in China for many years.

The tour spanned three weeks from Oct. 6 to 26 and included visits to many well-known tourist destinations, such as the Great Wall of China, the Terracotta Army of the Qin dynasty and the Buddhist grottos of Binglingsu.

While these ancient structures made by human hands fascinated many participants, others were captivated by China’s natural charms. “The countryside took us by surprise,” says Bev Epp. “It was beautiful.”

“We went some places many Chinese people haven’t been to,” says Brian Roth, noting the Chinese people are just beginning to discover their own country.

But this wasn’t a commercial tour, so participants also met many of MPC’s partners and saw many MPC-supported projects.

One such project, a preschool for hearing-impaired children and the Chinese woman who operated it, made a lasting impressing on Ralph Epp. “[Mennonite Central Committee] supported her to start her first preschool,” he says. “She now runs three preschools and they are government-funded.” he says. “This is an ongoing program that no longer needs our support.”

Asked what their visit might mean to the Chinese people they met, Bev Epp notes, “They were proud to show us their country and excited to talk with us,” but “they don’t want to be like us.”

Ralph Epp says the Chinese church numbered 700,000 when missionaries were forced out of China during the 1960s Cultural Revolution. By 1979, when Christians were allowed back into the country, the church had grown to three million. “The church managed to grow in spite of there being no missionaries present,” he says.

Although the Chinese church may be self-sufficient, it appreciates meeting Christians from other parts of the world. “They feel so excited, like they are not alone in the world,” says Hanson. “They get a glimpse of the worldwide body of Christ, something they seldom get to see.”

The purpose of the tour was to introduce China to North Americans.

“MPC sees a part of its mandate is peacebuilding work, and the exchanges and connections we make between east and west are a part of that,” she says. “There is so much misinformation about China, and even fearmongering. The best way to combat that is to let people ‘see for themselves’ and meet real Chinese people and get a glimpse into their lives.”

MPC’s work goes both ways, however. “We work on the same things when we bring Chinese university professors and others to North America,” she says. “I think that visits, exchanges [and] hosting each other change how we view the ‘other.’ ”

“Tours like this really change the way we think about mission or witness in the world,” Hanson says. “You can’t connect with someone directly and continue to see them as someone [who] is just in need of our help. You see them as a person with gifts and resources [whom] we can learn from and share with.”

Nancy Epp admits the tour changed her way of seeing. “We think we’re so open-minded,” she says, but meeting Chinese people and seeing their country first-hand caused her to exclaim, “Whoa! Did I get this wrong!” Observing the way Chinese Christians invite their friends to church, she says, “We need to learn from them.”

Ralph Epp recalls the words of a monk in Tibet who pointed out the many candles in the monastery’s worship areas and said, “Light is knowledge; darkness is ignorance.” On this trip, he says, “I got a little light. It changed some darkness for me.”

Delilah Roth agrees. “This changes my thinking,” she says. “It took seeing to get the understanding.”

This article appears in the Nov. 25, 2019 print issue, with the headline "Seeing is understanding." 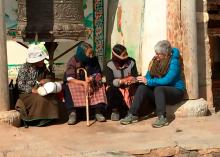 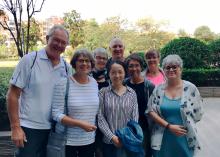 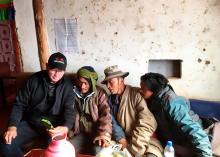 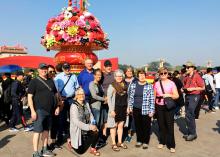