That sacred space in between

Mennonite pastor doubles as a chaplain to ex-offenders 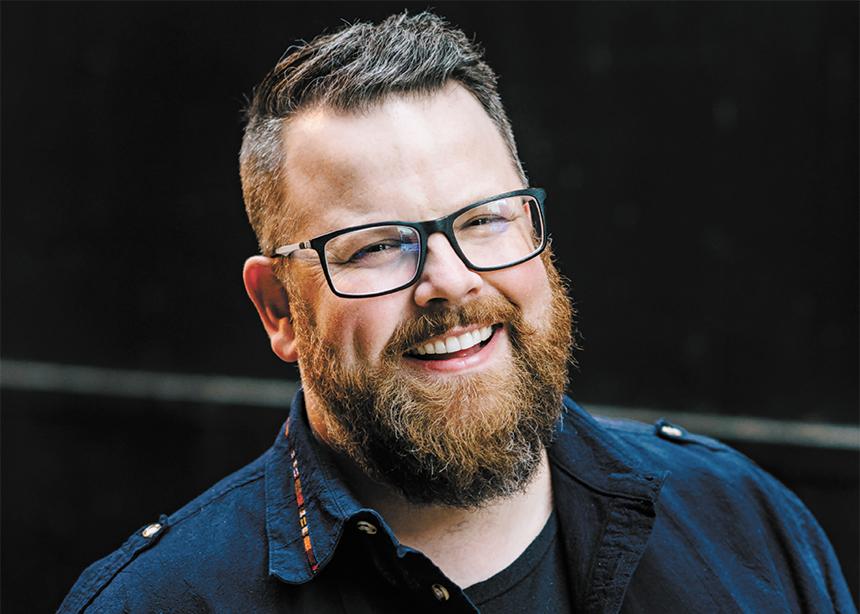 Is it news if a crime doesn’t happen? What about when a guy who did break-and-enters for his whole life stops, or if a sexual offender learns how to express emotion in a healthy way and there are no more victims?

Rielly McLaren is a bivocational pastor, serving part time at Windsor Mennonite Fellowship in southwestern Ontario. In his other role, he serves as a community chaplain to ex-offenders and their families through St. Leonard’s House Windsor.

“I believe, if we invest in the lives of those who have offended, they will no longer wish to harm anyone,” he says, an idea connected to John Donahue’s concept of anam cara, or soul friendship.

St. Leonard’s was the first federally supported halfway house in Canada, in the 1960s. An early headline read: “Murderers move in.” That common not-in-my-backyard response focuses on me/mine, rather than the good of the community, according to McLaren. He wonders if people would rather murderers to move into their neighbourhood with support, or for them to move in to a halfway house with access to therapy, medical support, identification and supportive relationships.

This process is made more complex by the reality that most offenders are themselves also victims. As a chaplain, he serves all the stakeholders: offenders, victims and the wider community.

McLaren never knows what his day will hold. He recently officiated at the wedding of a man who grew up in prison since he was 16. He may also listen to someone who is suicidal, or accompany someone for health care. He will be counselling, offering mental-health support, or finding resources, like clean underwear.

In one instance, he helped an offender find a new home for his cat and say a tearful, prayerful goodbye to his grandmother before bravely going to the courthouse with a confession. Perhaps a loved one died while someone was incarcerated, and he might help them visit the grave.

He creates space for listening to stories or processing emotions, even shedding tears, as he works through with those he counsels what they have lost or thrown away. These men are professionals at lockdowns. They know how to do time, he says.

Sometimes their time together can shift from clock to kairos time, an opportunity for deeper connection with self and or God. The body can be locked up, but the soul and the mind are free. He might also tend to social workers and parole officers dealing with burnout.

St. Leonard’s specializes in “lifers,” people who have served 20 to 50 years. These men have lived a long time in an institution. They might need support with new technology, like debit cards or smart phones, and navigating the pace of traffic.

Pre-COVID-19, McLaren liked to take big tough guys to the movies and see them deal with the extreme stimulation. For some ex-offenders, everything outside reminds them of their victims. Out in the community, they look around and feel exposed, like everyone knows what they have done.

There is a provocative balance between the sacred and the profane in this ministry.

Together with his colleague Jen Graham, McLaren facilitates a support group for women and families of offenders, meaning he is generally the only male in the room. Mothers or spouses deal with the stigma and shame of the crime, facing significant isolation. This unique program has received national recognition and was the focus of a radio documentary with CBC Radio’s “The Current.”

McLaren also coaches ex-offenders to connect with their faith traditions, finding community and support. “Could God forgive Satan?” is a surprisingly common question, with profound personal import for those he counsels. “Could God forgive me?” “Am I a write-off?” “Am I finished?”

The journey to the answer goes straight to the heart of the gospel, the atonement and the heart of God. It is in places like this that McLaren’s ministry goes both ways; through his work he has faced his own capacity for evil. “We must accept with sobriety and humility that ‘I am made of the same earth as the man who killed his wife,’ ” he says. “We each need to reckon with our own demons.”

He has learned to forgive his own father, who did time. He has learned the difference between isolation and solitude—the former being inhumane, cutting off relationships; the latter being open to the mystical presence of God. “God can impact when no human can,” he says.

Thinking of churches that might have an ex-offender in their midst, McLaren’s advice is to love within clear boundaries. Don’t give in to either the impulse for “anything goes” or “go away and never come back,” but find that sacred space in between, he advises. 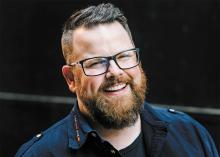 First, I want to say that Rielly is my nephew and I am a very Proud Uncle to see how much work he does and how much of a positive influence he is with those in the greatest need. Incredible work, keep up the great job healing and educating all your charges. xo