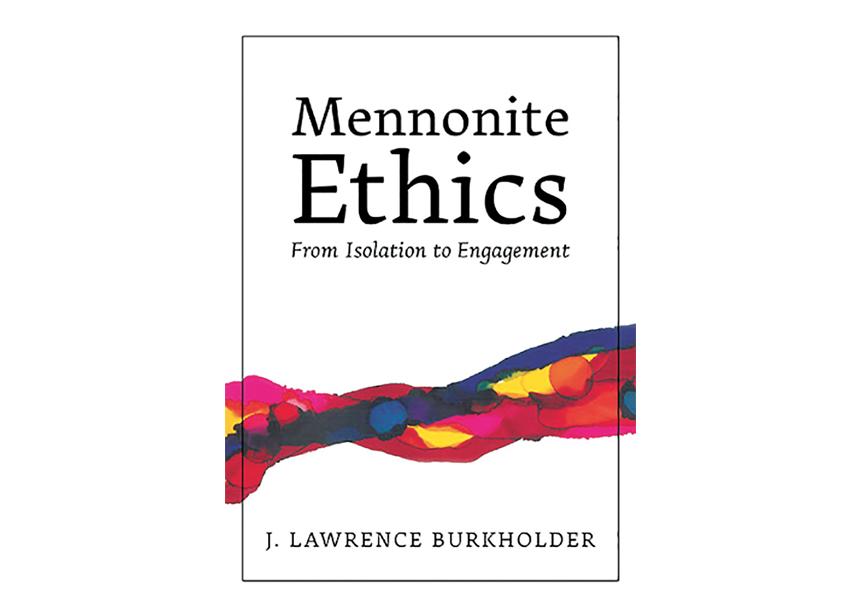 J. Lawrence Burkholder’s experiences as a relief worker in China in 1947 caused him to think about the nature of power. His dissertation, “The problem of social responsibility from the perspective of the Mennonite church,” was completed in 1958 but not published at the time because it challenged Mennonite teachings. Burkholder called for Mennonite social engagement rather than sectarian isolation.

When the dissertation was finally published in 1989, Burkholder wrote in the preface: “What impressed me most was the ambiguity of power. Without power, nothing could be accomplished, but when power was exercised, invariably some people were helped and others were deprived or hurt.” As a Mennonite philosopher and theologian, he was reflecting on how power affected practical service, from his early master’s thesis through his dissertation to his later book manuscript about a “third way.”

Mennonite Ethics collects these three works and provides a retrospective look at Burkholder’s career, from his early education, to his work in China with the United Nations, to his time as president of Goshen (Ind.) College. Edited by his son-in-law, Lauren Friesen, Mennonite Ethics makes Burkholder’s most important works available in one volume.

Burkholder provides a Mennonite political theology that rejects simplistic suspicion of the world and instead gives a model for socially responsible nonviolent action. Distinctions between “church” and “world” are not clear, he suggests, arguing that, in both church and world, “It is not enough for the churches to be committed to love and justice while ignoring power.” But for him, power is profoundly ambiguous and cannot be taken up without some measure of risk and the possibility of failure.

The first section of the book is an edition of Burkholder’s master’s thesis in which he investigates the distinctive doctrine of nonconformity in the Mennonite church, examining how Swiss Anabaptists, Hutterites, Amish and the Mennonite church of his day negotiated with, and were separate from, the “world.” The second section contains his dissertation on the problem of articulating a socially responsible Mennonite ethic in between the call for peace and justice, and the ambiguities of power. The final section of Mennonite Ethics presents a book manuscript on the “third way” written by Burkholder in the late 1960s, while he was teaching at Harvard Divinity School, Cambridge, Mass.

The Mennonite church and academy cannot afford to ignore the public and scholarly voice of Burkholder any longer, for his work represents an early and sustained effort to come to terms with the systemic abuses of power that are manifest in racism, sexism and economic oppression. Against these social evils, Burkholder’s paradoxical third way understands dialogue, compassion and conflict resolution to be acts of both incisive intervention and humble service. Rather than presenting a supposedly neutral middle ground that conceals real contradictions and injustices, he rejects easy answers and provides inspiration for difficult mediations of complex and paradoxical situations.

Maxwell Kennel is a doctoral candidate in the department of Religious Studies at McMaster University, Hamilton, Ont., where he is writing a dissertation on violence, Mennonites and metaphysics. 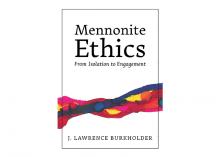