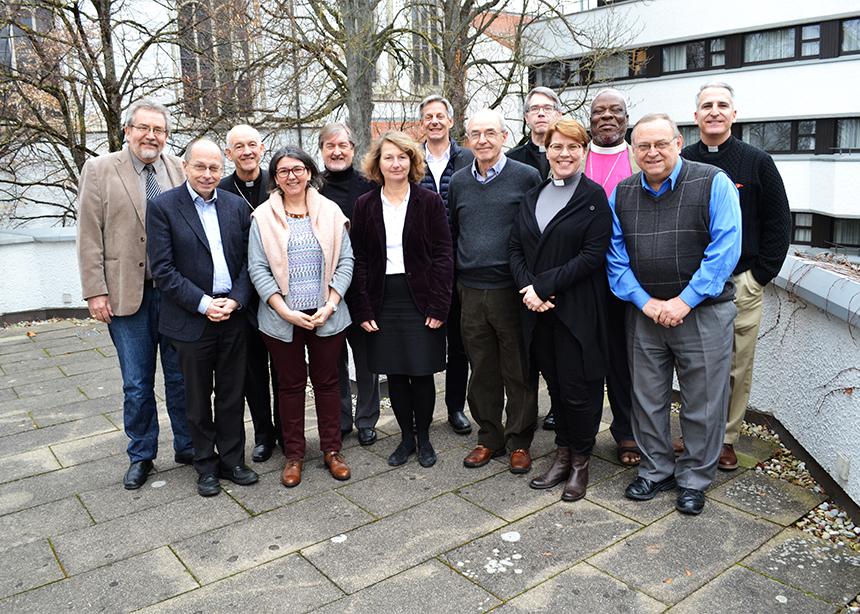 The final report on the Lutheran-Mennonite-Roman Catholic Trilateral Conversation on baptism has been published. The report summarizes five years of theological consultations between the three communions on the understanding and practice of baptism in light of contemporary pastoral and missional challenges facing all three Christian communities.

“The report shows that today these three churches agree that baptism is for discipleship,” says Larry Miller of France, one of six Mennonite World Conference (MWC) delegation members. “It raises the question for each of these churches: Are there ways of acknowledging our different practices of baptism that grow the unity for which Jesus prayed?”

Representatives of the Catholic Church’s Pontifical Council for Promoting Christian Unity, the Lutheran World Federation (LWF), and MWC met from 2012 to ’17 to discuss the understanding and practice of baptism.

The report, entitled “Baptism and Incorporation into the Body of Christ, the Church,” summarizes the discussions on three fundamental themes that took place over those five years:

“We are grateful for the gifts of trust, patience and receptivity that our Catholic and Lutheran partners have given us,” says the report’s section on Mennonite reflections. “We welcome the challenge this dialogue has brought us to more clearly see . . . [that] working for church unity enlarges our faithfulness to the gospel.”

“These dialogues were convened to promote better mutual understanding between our communions and lead to greater faithfulness to Jesus Christ,” says César García, MWC’s general secretary. “We believe this report will help our member churches to appreciate the harmony we find despite differences between Lutheran, Catholic and Mennonite communions—and to better understand our own convictions and practice of baptism.”

The report follows upon the Lutheran-Mennonite bilateral report, “Healing Memories,” which led to a service of reconciliation in 2010 and the Mennonite-Roman Catholic bilateral dialogue that resulted in “Called to be Peacemakers Together.”

“This has been an exercise in deepening our own convictions and, at the same time, respecting the convictions of sisters and brothers in Christ in other traditions,” says John D. Rempel of Canada, a member of the MWC delegation.

Miller says the dialogues taught him to “remember my baptism! Though they often baptize infants, both Catholics and Lutherans call upon the believer—sometimes every year—to 'remember your baptism' into a life of discipleship. . . . Could this be an example of the gifts these churches have to give to us?”

The 93-page report concludes with reflections from the church bodies under the headings of “Convictions held,” “Gifts received,” “Challenges accepted,” and “For consideration.”

Under “”Convictions held,” MWC states: “We believe that baptism on confession of faith is the norm in the New Testament and the apostolic church, as scholars in diverse Christian traditions affirm. We are one of the churches that witnesses and practises this pattern.”

Under “Gifts received,” MWC states: “We are thankful that, after centuries of conflict concerning baptism, this dialogue has been possible and fruitful. We are grateful for the gifts of trust, patience and receptivity that our partners have given us throughout the entire process.” Also, “Through the dialogue we have realized that many of our historic prejudices about Lutheran and Catholic understandings of baptism never were, or are no longer, true. We have seen that we share a Trinitarian and Christocentric faith and its expression in discipleship.”

Under “Challenges accepted,” MWC states: “We welcome the challenge this dialogue has brought us to more clearly see a commitment to the unity of the Body of Christ as integral to our sense of church and mission. . . . We recognize the pain that those traditions express when we baptize someone who has been baptized as an infant in their churches, which suggests to them that we consider their baptism invalid.” Also, “We have much to learn concerning the faithful practice of ‘reconciled diversity.’ . . . One of these realities is . . . willingness to learn from and co-operate with those of different convictions that also arise from obedience to the gospel.”

Under “For consideration,” MWC proposes, among other things, “that Anabaptist-Mennonite churches consider receiving members from infant-baptism churches on the basis of their confession of faith and commitment to discipleship without repeating the water rite . . . [and calls for] collective and individual soul-searching as to why it has been so difficult for us to hold together the quest for purity and the quest for unity, among ourselves and with other churches.”

“This report is not meant to sit on a shelf,” says John D. Roth, secretary of the MWC’s Faith and Life Commission. The Commission will prepare tools for churches to study the “Gifts received” and “challenges accepted” by MWC from its participation in the dialogues.

Other participants representing MWC during the dialogue were Rebecca Adongo Osiro of Kenya, Fernando Enns of Germany/The Netherlands, and Alfred Neufeld of Paraguay).

With files from the Lutheran World Federation. To read the entire report, visit bit.ly/trilateral-baptism-report. 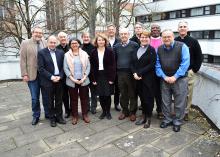 It is interesting to me, to read of the report’s existence, and to be afforded a limited peek into selected excerpts/quotes taken from the report.

It would have been helpful to have a link offered, where an online version of the entire report might be read & digested.

It is also interesting to me, that the conclusions shared with us, in regard to recommended praxis of welcoming new members whose journey has taken them from pedo-baptist traditions, into congregations which come from the Anabaptist traditions.

It is remarkable that we seem to have reached the place where, within our own traditions, we can now speak favourably, even in recommendation of, the defacto praxis, on the ground, in the congregations, for several decades.

I feel encouraged by this, partially due to the fact that this had became the approach/praxis of the congregations wherein I was asked to serve, in various places in geographical central & western Canada, since the 1970s.

It appears to affirm the theological and practical considerations pondered by these congregations, quite apart from “official” renderings from quasi-authoritative (though non-papal) centres.

Joyful relief that discerning congregations seem to have been able to grapple with, listen to, hear, comprehend, and follow the lively leading of the spirit, whose movements and renderings continue to baffle, terrify, excite, surprise, enliven and justify us all, in our shared spiritual and social journeys - even throughout our varied lives and histories.