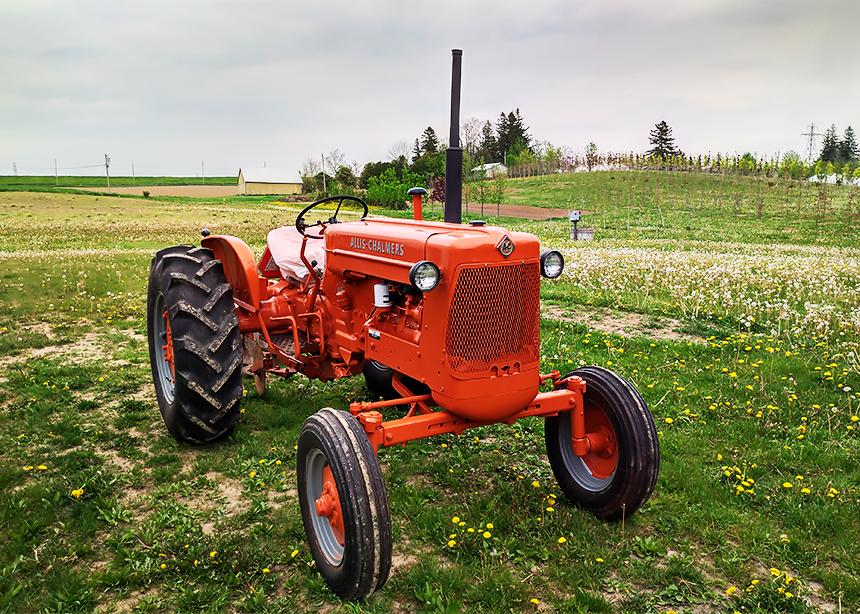 This restored Allis-Chalmers D14 tractor was the top-selling non-quilt item at the recent online relief sale. (Photo by John Reimer)

The New Hamburg Mennonite Relief Sale (NHMRS) that raises funds for Mennonite Central Committee (MCC) had to adapt and innovate once again, as pandemic restrictions in Ontario prohibited large gatherings for the second year in a row.

A live general auction of miscellaneous goods and experiences was held online on the evening of May 28, while the popular quilt auction was held virtually the next day. There were 556 bidders.

The featured quilt, called “Springtime in Ontario,” was created by Helmuth Renske, and was the top-selling item, fetching $8,300. This award-winning quilt, made by Renske 20 years ago, features 15 panels of hand-appliqued flowers common in Ontario. Renske did the applique and embroidery work by hand. Minerva Clemmer did the quilting.

The top-selling non-quilt item—a restored Allis-Chalmers D14 tractor—sold for $4,500. Four quilts in the auction were sponsored by businesses that agreed to match the selling price with a donation. The auction grossed more than $120,000.

Participants in the 2021 Run for Relief-Run it Your Way were encouraged to set up a fundraising page and have donors support their efforts to run, walk, bike, paddle, bird watch, or otherwise move in support of MCC. They got Run it Your Way kits that included a water bottle, snacks and MCC swag. Four random kits included a “golden ticket” containing a gift certificate for a local eatery.

Several participants paraded through the streets of Tavistock, Ont., collecting donations for MCC as their way of completing the Run for Relief. They included Jim Brown, pastor of Tavistock Mennonite Church, who pulled parishioner Roy Lichti in a red wagon. Lichti held out a container on a two-metre pole to collect funds. He promised to cut off his ponytail if they raised $2,500, and Brown agreed to dye his beard if they raised $3,000!

Erma Bauman, age 92, also joined the Tavistock parade. She has made more quilts and blankets for MCC than she can remember. She is the mother of Rick Cober Bauman, MCC Canada’s executive director.

Another innovation this year was to encourage supporters to purchase “NHMRS-in-a-Box” to recreate a favourite part of the relief sale: eating. The pre-ordered boxes, containing two commemorative ceramic mugs, a fresh pie and freshly ground coffee from Baden Coffee Company, proved to be a big hit, selling out in just a few days. 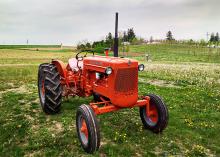 This restored Allis-Chalmers D14 tractor was the top-selling non-quilt item at the recent online relief sale. (Photo by John Reimer) 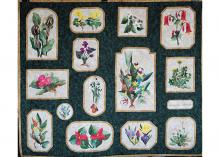 This feature quilt, sold by auction virtually for $8,300, was the top-selling item at the 2021 New Hamburg Mennonite Relief Sale. (Photo by Ken Ogasawara) 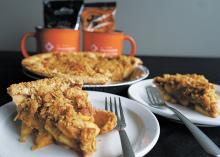 People who purchased “NHMRS-in-a-Box” received commemorative mugs, a fresh pie and fresh coffee from a local company, as a way to recreate part of the relief sale experience. (Photo by Ken Ogasawara) 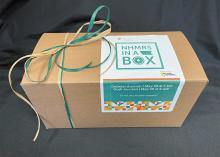 Supporters of the Relief Sale were encouraged to buy part of the experience in a box. The boxes, containing commemorative mugs, a fresh pie and fresh coffee, sold out in a few days. (Photo by Sheryl Bruggeling) 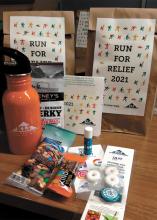 These kits were given out to sponsors as part of the Run for Relief-Run it Your Way event. (Photo by Justin Armitage) 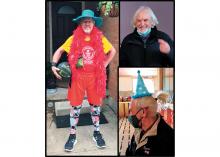 Jim Brown, top right, and Roy Lichti paraded through Tavistock, Ont., gathering donations for MCC, as their way of participating in the Run for Relief-Run it Your Way event. At $2,500, Lichti promised to cut off his ponytail, and at $3,000 Brown agreed to dye his beard. (MCC Ontario Facebook page) 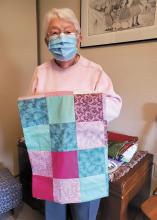 Erma Bauman, age 92, has made more quilts and blankets for MCC than she can remember. She joined others from her church in a parade through Tavistock as part of the Run for Relief-Run it Your Way event that collected funds for MCC. (MCC Ontario Facebook page)