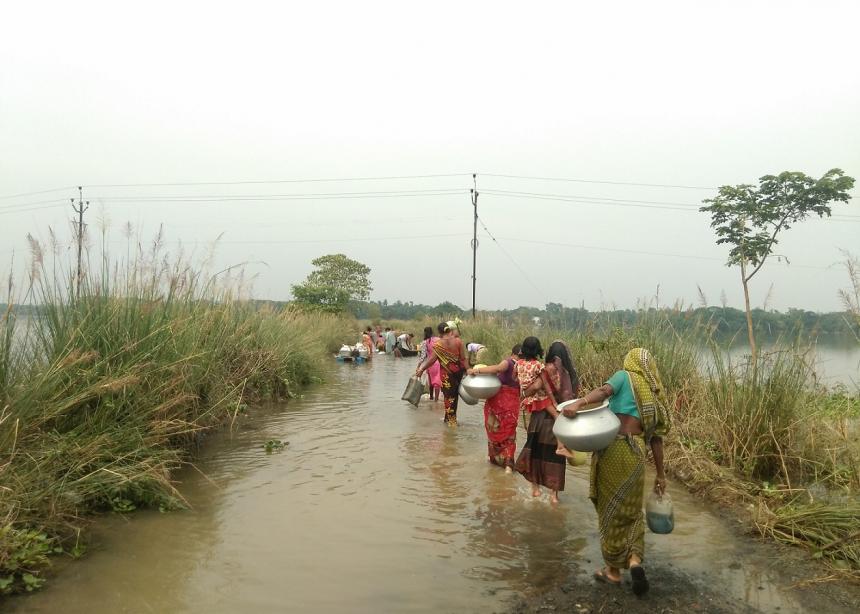 At the same time that Tropical Storm Harvey was making landfall in Texas, people in Bangladesh, India and Nepal were experiencing devastating floods that have left millions of people displaced and killed over 1,200 people.

South Asia is prone to flooding during monsoon season, from June to September each year, but authorities have said “this year’s floods have been much worse,” according to reporting by The Guardian. Mennonite Central Committee (MCC) is joining partners in all three countries to help with relief efforts.

On Aug. 23, Mennonite World Conference shared a call to prayer from a Brethren in Christ leader in Nepal*, who asked the global church to “please pray for us and all the victims.” The leader reported that church members in Morang, Sunsari, Jhapa and Dhanusa districts were badly affected by the flooding. The BIC also supports a children’s hostel compound, which was flooded. In addition, the ground floor of the BIC Church office building in Biratnagar flooded, and the church compound’s walls collapsed. (*Leaders are often not named for security reasons.)

In a Sept. 1 letter to supporters around the world, United Mission to Nepal (UMN), a local organization that has partnered with both Mennonite Mission Network and MCC, said that while they have experienced strong levels of funding for relief efforts, the “low media profile of this disaster has meant that few other international NGOs [non-governmental organizations] have had the funding to respond at the same scale as UMN. Tens of thousands of affected households have not yet had any assistance.”

“There are so many global crises right now,” said Bruce Guenther, disaster response director for MCC, in a Sept. 1 phone interview. “Not all disasters are created equal in terms of media attention. So the emergency response now is working with communities who have been displaced and providing food on a short-term basis.”

In Nepal, MCC has already partnered with local agencies to help provide food assistance as well as tarps for emergency shelter. They are also working to repair water systems and to plan for long-term agricultural reconstruction. In Bangladesh, MCC is working directly with indigenous communities to help promote agricultural reconstruction and to assess the scope of damage from the flooding.

Guenther notes that one of the big challenges MCC faces is deciding how to allocate limited resources in the face of many large-scale global crises.

“As MCC, we are facing many huge humanitarian crises, all of which are very low profile,” he said. “Famine in South Sudan, violence in the Kasai region in Congo and now flooding in South Asia. The scale is huge, the need is huge and resources are limited. Unfortunately situations like this in South Asia will be the new norm with climate change. This type of disaster is in line with those projections.”

Bethsaba and Dale Nafziger, local business owners and leaders in a local Kathmandu church, were unaffected by the flooding but have heard widespread stories from communities who are struggling to respond.

In the past, the café that the Nafzigers run (and that Mennonite Mission Network has supported) served as a hub for relief efforts following a 2015 earthquake. They have heard that many congregations in the flood plains of Nepal were affected by the flooding, but they also hope that this will be a chance for churches to reach out to their neighbors.

“Certainly our prayer remains, that local churches, despite their own limitations, can use this difficult situation to be ‘salt and light’ to those around them,” wrote the Nafzigers. “If we can get beyond the thinking that ‘salt and light’ is limited only to material aid, then even churches who have lost much materially might have much to offer those around them at this time.”

Published originally by The Mennonite. Used with permission. 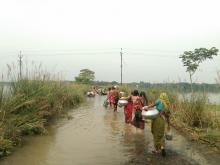