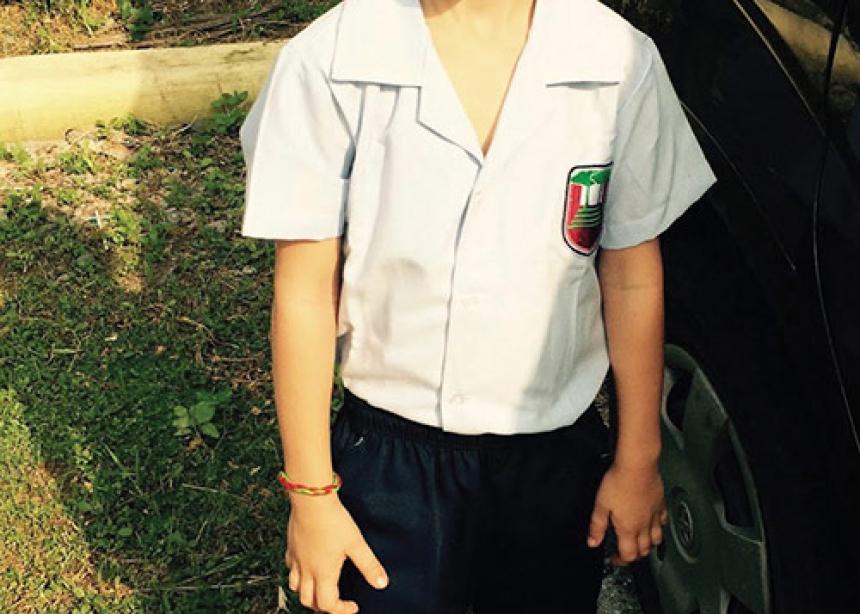 Last week, Makai started Kindergarten at the same school in Metro Manilla as his older brother, Cody, who is now in his second year. Although we are very happy with the school—and Cody loves it—a complaint arose for me within Makai’s first three days, after his teacher played a television show during the 30-minute recess as students ate their snacks.

Focussing on a screen changes the dynamics of mealtime, which I think should be a lively community event in which kids are free to chat, share their food and simply interact face-to-face, so I was not okay with this. My kids don't get to watch TV at all during school days, and video games haven't made their way into our home at all yet.

We see it every time we go out for dinner: Little kids watching shows on smartphones or iPads while their yayas (nannies) feed them. Older kids and even parents are often on phones too. When we eat out, my kids might climb around in their seats, talk way too loudly or cry over drinks spilled on their colouring sheets, but the chaos is part of family life. We work with these situations rather than attempt to eliminate them by focussing on a screen while we eat.

We have a policy in our home that applies during Peace Church gatherings too: phones are not allowed at the dinner table. Even if you are new to our table, I enforce it!

Smartphones have become an addictive habit, one that takes us away from personal interactions. Studies show that they are making us less happy and more depressed. Because of this, curbing the use of screen time for some good dinner conversation—and maybe a little chaos—was a pretty easy decision for us.

Limiting screen time and avoiding its use as a behaviour management tool may be countercultural, but when I shared my concerns with Makai's teacher, she understood. She decided to stop using the screen during recess.

Yesterday, after a screen-free recess break and through a fit of giggles, Makai told me how funny it was when his new friend's juice box squirted all over her arm and how they laughed together. I’m grateful that this Kindergarten bonding moment wasn't lost to a screen!

Christina Bartel Barkman and her husband Darnell are MC Canada Witness Workers providing pastoral leadership to Peace Church Philippines, a new Anabaptist church in Metro Manila. The Barkmans have also been invited by the Integrated Mennonite Churches (IMC) of the Philippines to serve as mentors and provide resources for the youth programs of Mennonite churches in Luzon.