From refugees to refuge 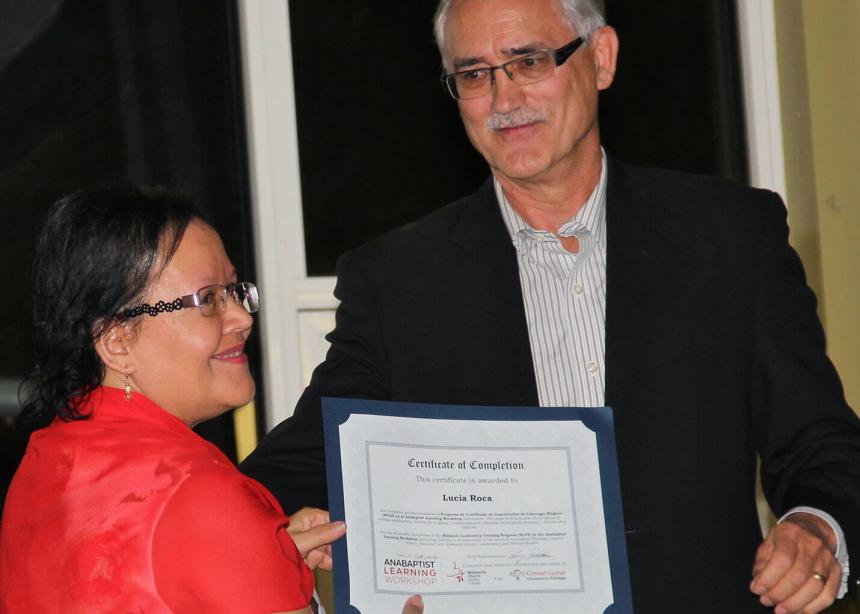 As Lucy Roca was leaving Colombia for her safety and that of her family 12 years ago, the Colombian national church commissioned her to establish Spanish-speaking congregations in Canada in coordination with Mennonite Church Canada. Landing in Sherbrooke, Que., she set to work immediately. Now there is a thriving 10-year-old congregation there, which has spawned seven other congregations from Montreal to Quebec City.

On Oct. 14, 2016, a loud and energetic celebration of the congregation’s life and accomplishments took place. With about 30 regular attenders, the number was swollen to around 50 by pastors who have been mentored by Roca over the past decade; friends; Henry Paetkau, Mennonite Church Eastern Canada’s area church minister; and Bernard Sejour, MC Eastern Canada’s mission catalyst in Ottawa and Quebec.

In many ways, the celebration was like any other anniversary celebration, with speeches, music, food, history lessons and prayers. But Refuge of Peace—aka Refuge de Paix and Refugio de Paz—is culturally Hispanic in a culturally French part of Canada.

Besides that, the celebration included the first graduation of  MC Eastern Canada’s Anabaptist Learning Workshop. Six people received certificates for completing the program, and an additional 42 received diplomas for taking part in courses originally formulated as “Hispanic leaders training.” Roca, her husband, daughters and mother were among those honoured.

When Muriel Queval, co-director of Mennonite Central Committee Quebec with her husband Claude, prayed for the congregation during the celebration, it was translated into Spanish, as was her toast to the congregation, using sparkling apple juice. The crowd heartily raised their glasses and toasted each other around the room.

The congregation has touched many lives during its 10 years of ministry.

Andreas Martinez, himself a refugee from Colombia, speaks highly of the pastoral care he and his wife, a Venezuelan, received as they settled in Quebec.

While Roca says that she will keep on serving as pastor “until the Lord calls me home,” she has been busily training leaders for other congregations, and for Refuge de Paix. Her daughter, Estafania Rosero, says that she and her husband, as well as several other young couples, have been given increasing responsibility to lead, including preaching the Sunday sermon.

The congregations planted by others, who were interns with Roca, minister to Mexican immigrants and others, as Quebec receives many immigrants and refugees from other lands. Roca hopes that a vision she has had to plant 16 more congregations will be fulfilled, just as the one for the initial seven has already been.

She also hopes that new cities will be touched, along with new generations. This is also already coming true, as most of those at the celebration were of her children’s generation with children of their own.

But concerns exist as well. People come when they are in the mood, rather than regularly, and she is concerned that not all who attend have a growing personal relationship with God. That and the fact that they are newcomers needing help to move into Canadian society, who get their paperwork done and then make new homes. She asks for prayer from her sisters and brothers in Christ across Canada. 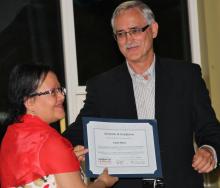