From refugee to sponsor: A journey of 40 years 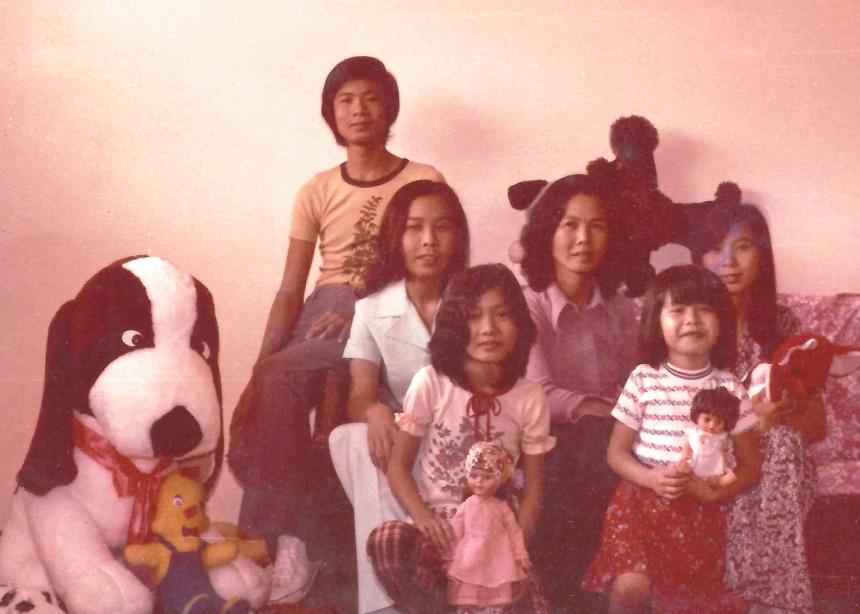 As a five-year-old resting in her mother’s arms at the bottom of a boat crowded with refugees, Nhung Tran could not have imagined the life she’s living now: a life as a doctor in Canada. A life in which she is responsible for bringing two families to safety as a sponsor.

It was the fall of 1978, and Tran’s mother, a widow, joined the hundreds of thousands of people fleeing Vietnam. She packed herself and six children into a boat in the midst of the stormy season with the hope they would make it to Malaysia.

“She did sacrifice pretty much everything,” says Tran (now Tran-Davies). “Put our lives on the line because she just had hope that we would find something better than what was there in Vietnam.”

As a five-year-old she remembers only glimpses of the two-day journey.

“It was really tight, and it was very hot, and you know it was hard to breathe down there,” she says. “The smell of the vomit and my older sister crying because she was sick to her stomach. Bits and pieces like that.”

Despite the difficult crossing, she knows they were lucky. Another boat loaded with refugees that left minutes before them got caught in a storm and sank, drowning everyone on board.

The family lived in a refugee camp in Malaysia for eight months before getting word that even though a widow and six children might seem like an economic risk, there was a church in Edmonton that wanted to sponsor them.

“When we came over to Canada, our family was a mother and six kids,” she says. “What I understood is that not a lot of the other nations wanted our family because they thought that our family would be a burden to their community, to their economy.”

Her mother was anxious when the plane hit the tarmac in Edmonton and feared getting off. Although she was relieved to be in a safer place, Tran-Davies says that she didn’t know how a seamstress with little education could make it in a new country with six children. She didn’t know there was a group of sponsors waiting to help them.

“We were just so happy, we knew that we were in good hands,” she says. “And we had no idea how good we were going to have it just because these sponsors were so wonderful to us.”

Nearly 40 years later, Tran-Davies is bringing that same peace to two families fleeing violence in Syria. Over the last few years she heard about the conflict in Syria and wondered how to help. Then last summer it dawned on her that she could become a sponsor. She wanted to bring over two families so she asked two separate groups of friends for help—one, a group of former refugees and immigrants from Vietnam, the other, a group of children of the families that sponsored her all those years ago.

They were matched with two Syrian families through Mennonite Central Committee Alberta’s refugee sponsorship program. Inspired by the church that sponsored her, Tran-Davies specifically asked for families that would be harder to settle, for groups larger than four. In one of those families, a mother with five children coming with her mother and brother, Tran-Davies saw especially strong parallels to her own family. She even brought a doll to the airport for the youngest girl, just as she had received on her first day in the country, offering it up as a symbol of the kindness of Canadians.

“It does seem funny how life works out,” she says. “Forty years later, it’s sort of like a déjà vu, we’re in the same situation, but this time I am the sponsor.”

Now that both families Tran-Davies is working with have arrived, the sponsors are getting to know them and helping with things like registering for healthcare and language classes, going to doctor’s visits and school.

Tran-Davies believes that with time and resources these two families will succeed, as did she and her siblings and their families. “I truly believe that their kids will help make Canada more beautiful,” she says. “In 40 years, I look forward to seeing the kids’ accomplishments and seeing what they will do for Canada.” 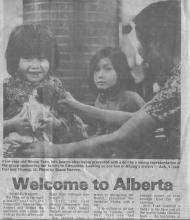 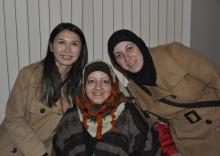 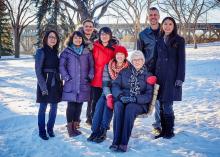