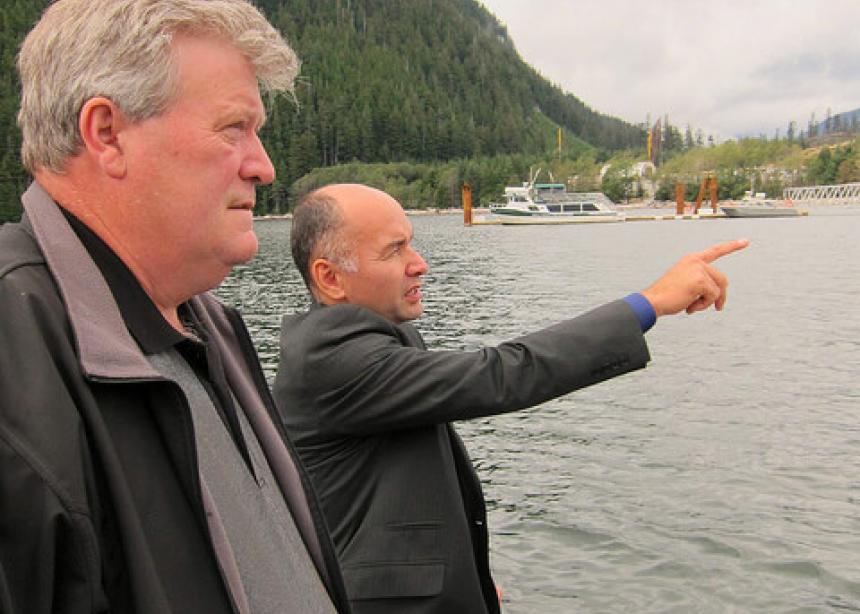 The door to reconciliation is open further now than ever before in Canada. From Trudeau to church organizers I speak with, interest in improving relations between indigenous and non-indigenous people is far greater than even a few years ago. Yet most of the discussion leaves me feeling hollow.

If we are to seize this moment, which will likely start to fade in a few years, the discourse will need to be more practical, creative and nuanced than much of what I see.

I try to keep two perspectives in mind. First, that of people living in crappy conditions on reserves. Second, that of non-indigenous Canadians who care about reconciliation but don’t know what exactly to do about it other than not laugh at their uncle’s off-colour jokes.

Some of my more seasoned indigenous friends, having ridden many roller coasters of promise and disappointment, are far less enthusiastic about this moment than I. They worry that reconciliation will just be a cheap buzz for a society for which “meaning is the new luxury,” as Adbusters magazine so perfectly put it.

Indeed, if reconciliation doesn’t bring real change within a couple years to those who most need it, what’s the point? Yes, reconciliation is about slow, essential shifts in the tectonic plates of culture, but this national moment must also bring tangible results for those with most at stake.

Non-indigenous folks need action too. The current energy must be harnessed in ways that go beyond sitting in meetings or “educating” ourselves. Action is the best way to sustain energy.

We need to think freely and boldly about how change happens and what our role is. What do we bring to the table other than awkward hand-wringing? Our legacy is one of contributing in a self-congratulatory and condescending spirit. Now we need to learn to contribute in a spirit of humility, societal penance, collaboration and reconciliation. I see evidence of this shift.

Action could include assisting in the creation of social enterprise thrift stores on reserves, commissioning indigenous art, providing food security research assistance, returning land, facilitating the creation of multi-party discussions on resource use, or a thousand other things.

Some will say this sounds too much like the impositions of the past, but I believe reconciliation requires more of us than a listening ear. It’s tricky, but essential. And of course, it needs to happen in a context of learning and relationship.

Partially underlying the tension around whether or how to contribute is the lingering narrative captured in the classic chart showing differences between Aboriginal and Euro-Canadian culture. I’ve seen many versions of this presented, either explicitly or subtly, at workshops and events. The gist is that the Aboriginal worldview is harmonious, complete and ethically pristine while the Euro-Canadian worldview is utterly depraved.

One of the reasons I have devoted much of my life to relating with indigenous people is that I have glimpsed a profoundly different way of being and thinking. I find that attractive. I also know that the old chart is grossly oversimplified. Indigenous cultures aren’t all good and western culture isn’t all bad. In fact the vast majority of Indigenous people have embraced a great many elements of white culture: Hollywood, hyper-connectivity, Baconian health care, guns, the western concept of education, WalMart—you get the point. Important differences exist between Euro-Canadian and indigenous realities, but the old chart is unhelpful. It provides no path forward.

Often the central drift of such worldview comparisons is that indigenous peoples protect Mother Earth and white folks rape her. There is truth to that, but it is also true that Aboriginal companies have made billions in the oil sands, First Nations governments are partners in three multi-billion dollar hydropower projects , and many of the First Nations that opposed the Northern Gateway pipeline support multi-billion dollar liquified natural gas projects. The mining industry is the largest private sector employer of Aboriginal people in Canada, unless you believe the petroleum sector’s identical claim.

Our narratives need to include this sort of nuance. We all partake of a highly consumptive, beneficial, messy culture. I suppose that is the bottom line: we’re all in this together. We have to figure out how to live together in a good way here and now. We need to be honest, candid, realistic and gracious with each other and ourselves.

Bill Phipps—former head of the United Church of Canada and veteran organizer—recently told me he sees that the discourse around indigenous relations is shifting away from victimization, blame and guilt dynamics toward constructive, less inhibited interaction. This opens up a path.

A key question is this: what exactly does reconciliation look like? I’d like to see the church put bold, creative and practical suggestions on that table. Some of that is certainly happening. Much more could. 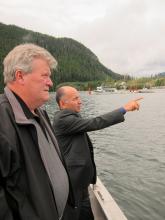