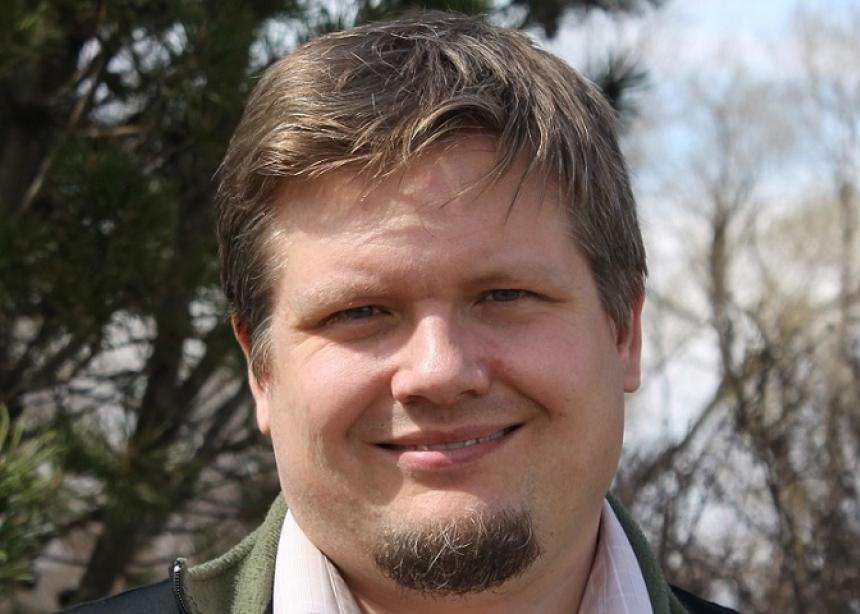 The tale “The Christmas Guest,” as told by Johnny Cash on his album Christmas with Johnny Cash, is a fable about an old man, Conrad, who receives a message from an angel that the Lord will appear to him on Christmas Eve. Conrad readies his place, expectant for Jesus to knock at his door. But throughout the night, Jesus doesn’t appear as expected. Instead, three strangers appear, all seeking compassion, which Conrad provides.

This is a familiar story, one we have heard countless times. These stories echo the words of Jesus from Matthew 25: “Whatsoever you do to the least of my people, you do unto me.” Yet for most of us, we prefer to be the ones doing or giving, and we are much less comfortable being the ones who receive.

But recently my family was graciously blessed by those who stopped what they were doing and gave. It was 6:30 on Christmas Eve morning when I received an email from Via Rail informing us that our train was going to be four hours late. For a moment, Sandra and I entertained the thought, “The car is packed. Let’s just drive to Winnipeg. We would be halfway there before the train even arrives in Saskatoon.”

But we resisted. The train ride was our surprise Christmas present for our three train-loving boys. And so we waited, and at 5:30 p.m., a whopping eight hours late, we boarded the train and settled into the Dome Car to enjoy hot chocolate on our very own Polar Express.

Well, although the Polar Express eventually made it to the North Pole, our train didn’t even make it to Manitoba. After stalling out for hours, losing heat in -30-degree temperatures and power to the toilets, we were informed at 8:30 a.m. the next morning that we’d be backing up to the town of Spy Hill, Sask., population 300, where we would find warmth, toilets and much more.

As Sandra, the boys and I walked into the Spy Hill community hall on Christmas morning, we were greeted with hot coffee, warm pancakes and smiling faces. When the volunteer fire chief learned from the RCMP that there was a frozen train with 98 passengers making an unexpected stop, the town cancelled its Christmas plans to welcome these unexpected quests.

The mayor put a blade on his truck to clear a path from the tracks to the hall. The grocer opened the doors to his store so food could be prepared. And soon churchgoers who were preparing to gather for Christmas morning worship came over to the community hall to ask how they could help to welcome these cold strangers through their doors. There was food, singing, toys and community—all the ingredients for a blessed Christmas Day.

And while we finally did arrive in Winnipeg by bus at 7 p.m. on Christmas Night, when tired boys were able to finally open presents, it was the gift of Spy Hill’s hospitality that reminded me of the importance of receiving.