Ready to take the next step

Young adults reflect on their experiences at the Special Assembly 2017 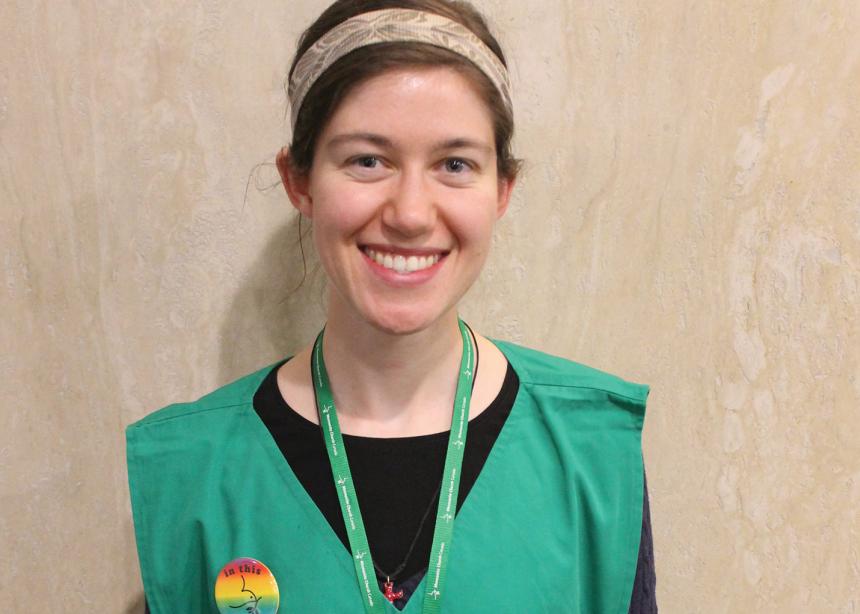 Madeleine Wichert, 23
Volunteer
When she missed the deadline to register for Mennonite Church Canada’s Special Assembly 2017, Madeleine Wichert found another way to get in the door—as a volunteer.

“I was originally a little disappointed that I wasn’t going to be a delegate . . . but I’m really enjoying being a volunteer,” she said as she helped usher assembly participants through the supper line on Oct. 14.

Over the past few years, she has become increasingly involved in both congregations. She is also a member of the Emerging Voices Initiative (EVI), a group of young adults who have spent the past two years engaging people across Canada in conversation around the future of the nationwide (formerly national) Mennonite church. As such, she wanted to be at this assembly.

“It’s the first assembly I’ve actually been to,” she said. “Engagement has been fairly respectful. Sometimes it feels like there needs to be a little more conversation around certain things, and there have been times where there have been some tensions, but, overall, it seems to be a fairly positive atmosphere.”

Wichert added that volunteering was a unique way to experience the assembly. “You get to hear the themes people are talking about, and the questions and concerns they’re raising,” she said. “It has a different kind of value because you’re getting snapshots of what people are saying rather than an in-depth conversation, but then it provides with you with a bigger picture. That’s what I’ve really enjoyed.”

The majority of the volunteers at the assembly were middle-aged or older, Wichert noted. She encourages young people to get involved as volunteers at future gatherings of the nationwide church. “It’s a different kind of engagement,” she said, “which might be more conducive to a younger audience.”

Sarah Ens, 25
Delegate for Bethel Mennonite Church, Winnipeg
Sarah Ens wanted to attend the assembly because she cares about MC Canada. “It’s complicated and confusing, and [there is] a lot of material to read through, but I think it’s important and I felt . . . a certain amount of responsibility,” she said.

Ens serves on Bethel Mennonite Church’s council and worship committee, and this past year she was an artist-in-residence at church. Special Assembly 2017 was her first experience attending a nationwide church gathering.

“The church is anxious and tense and confusing, but also I found this weekend very hopeful,” she said. “There are so many anxieties and fears, and nobody knows what’s going forward, but at the same time I think it’s profoundly hopeful to meet together with people who are coming from different places and have very different fears, and to be able to speak [about] them and ask questions about them, and just do that together.”

Worship was a highlight for her, particularly being able to sing together with other delegates. “What a nice, unifying feeling, after some tense moments, to be able to do that,” she said, adding that she is thankful for all of the effort that went into the Future Directions process. “I’m grateful for the work that’s been done, and the people that have done the really hard work of sorting this out.”

Alex Tiessen, 23
Delegate for MC Manitoba
The church is important to Alex Tiessen, and the transition to a new structure is a big one, so he wanted to make sure to be at Special Assembly 2017 in Winnipeg.

“Assemblies are just a great way to connect with people,” said Tiessen, a member of Trinity Mennonite Fellowship in Mather, Man. “That’s the other part I get excited about. You connect with people from across the country and friends from all over.”

Going into assembly, Tiessen was especially curious to see how delegates were feeling about the work that went into the Future Directions process and the preliminary decisions that were made at the assembly in Saskatoon in July 2016.

He described the feelings he encountered from the majority of people as a combination of hesitancy and excitement. He himself feels hopeful, at the same time noting the MC Canada staff who have been released from their jobs as a result of the restructuring.

“Those are things you lament for, and things that make you a little bit sad about the transition, but overall I [think] this is an opportunity for the church to reimagine the work it wants to do, and reimagine how we understand relationships as people in this [nationwide] church,” he said.

See also ‘We want these connections to continue.’
For more reports on Special Assembly 2017 visit here. 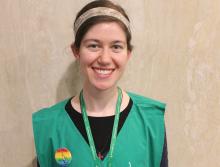