Ready to take a leap of faith 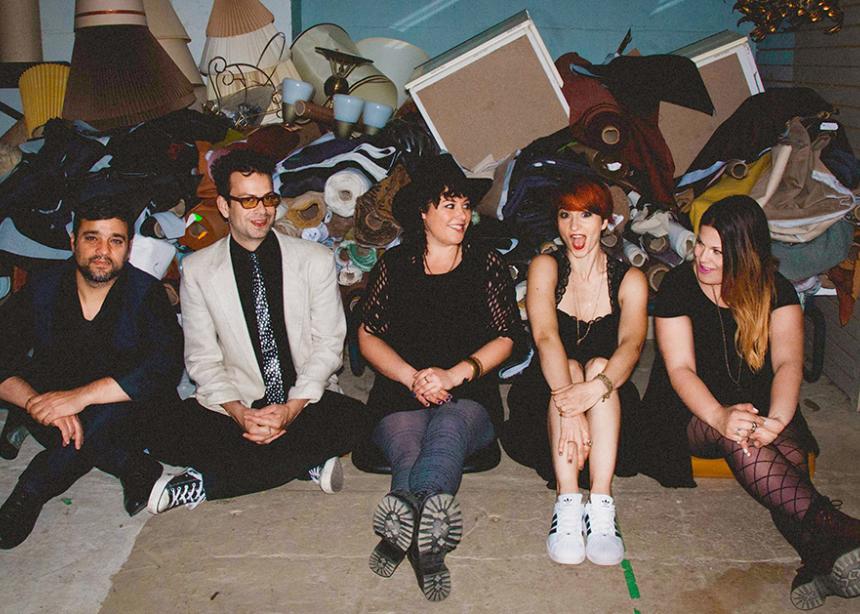 With its propulsive rhythm and alluring harmonies, “Light a Match”—the new single and title track on Chic Gamine’s latest album—seems like a simple pop song at first. That simplicity is deceptive.

Ask band member Alexa Dirks what the song means to her and she reveals that important questions lie at the heart of the song. “What are you going to do with the opportunities you have?” is the big question, the Winnipeg singer says. “Are you really going to go for it and . . . take the leaps of faith that are put in your path, or are you going to sit in your basement and hope for the best?”

Dirks and her band mates—Andrina Turenne, Annick Bremault, Sacha Daoud and Benoit Morier—are ready to take a leap of faith. Light a Match, which comes out on Oct. 23, 2015, is Chic Gamine’s first album of original material in five years. The group is looking forward to releasing the 11-song collection and getting back on stage to perform for people around the world.

“We thought this record was going to be out a year ago, but sometimes the Lord has other plans,” Dirks says, half in jest, before becoming more serious. In the case of Chic Gamine and Light a Match, “The Lord definitely did have other plans,” she adds.

The group initially began recording in Winnipeg in the spring of 2014, but ended up abandoning those sessions. Members regrouped last October in Montreal, where Turenne, Daoud and Benoit live, to start from scratch. Working with producer Sébastien Blais-Montpetit at his home studio, Chic Gamine was able to record the album in a month.

The finished product is a departure for the band, which first made a name for itself with bare-bones instrumentation that mixed gospel, soul, R&B, doo-wop and world music with a heavy focus on harmonized singing. On Light a Match, the music is more pop-oriented, with a variety of instrumentation not heard on 2010’s City City and 2008’s Juno Award-winning self-titled debut.

Dirks attributes the change in musical direction to the addition of Benoit after founding member Ariane Jean left the group for a life off the road, as well as a natural evolution as band members learned new instruments.

Chic Gamine (chicgamine.com) let the music go where it needed to go, Dirks says. “It wasn’t just us relying on our voices anymore, although that is a focal point of the band. That is something that is still at the heart of what we do—the harmonies and the female voices singing strongly together.”

Since forming in 2007, Chic Gamine has toured across Canada, the U.S. and parts of Europe. It has opened for Motown legend Smokey Robinson and gospel great Mavis Staples, and played before Queen Elizabeth II. Its music has been used on ABC’s The Fosters and General Hospital. Last winter, the band toured across Canada in support of a holiday-themed EP with Stuart Maclean’s Vinyl Cafe.

During her spare time, Dirks has collaborated with a variety of acclaimed Winnipeg musicians. She sang back-up vocals on “Turn It Around,” the lead single from Steve Bell’s recent Pilgrimage box set, and co-wrote three songs on the Juno Award-winning debut album from roots-rock outfit, The Bros. Landreth.

Dirks, who grew up at Jubilee Mennonite Church in Winnipeg, got her start on stage while still in high school, singing back-up for worship leader Jon Buller.

While her faith has changed over the years, Dirks says it still remains important to her. “[The music industry] can be a dark place to be sometimes . . . having job security being nebulous, being a small-time musician,” she says. “As much as we’re releasing records and we’re out there to a certain degree, we are still very small-time. We’re still touring as much as we can, we’re hustling, we’re trying our best. That can sometimes be discouraging, but I just have the faith that I’m supposed to be doing this for a reason. It feels like the most right thing in my life, and it always has.”

Dirks doesn’t want to sound as though she’s complaining. Her music career pays her rent and groceries, which she says is a success. “I can be happy with that, but then I just need to have faith that I’m going to be able to continue to do this,” she says. “I can’t really see myself doing anything else.”

With Light a Match ready to hit stores, Chic Gamine is currently touring in support of the record. The group has concerts coming up this month in Montreal, Toronto and Ottawa, with more to be announced in November.

Dirks says she enjoys performing because being on stage and connecting with audiences through music is a big part of who she is and how she sees herself as a person. “At the end of the day, it’s [about] communicating with people, unifying people through music and also just contributing to something beautiful in the world,” she says. “If I have the ability to do that, I want to try.” 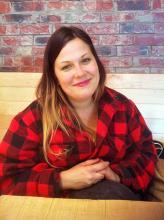 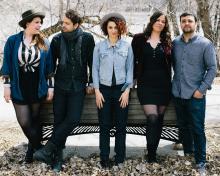