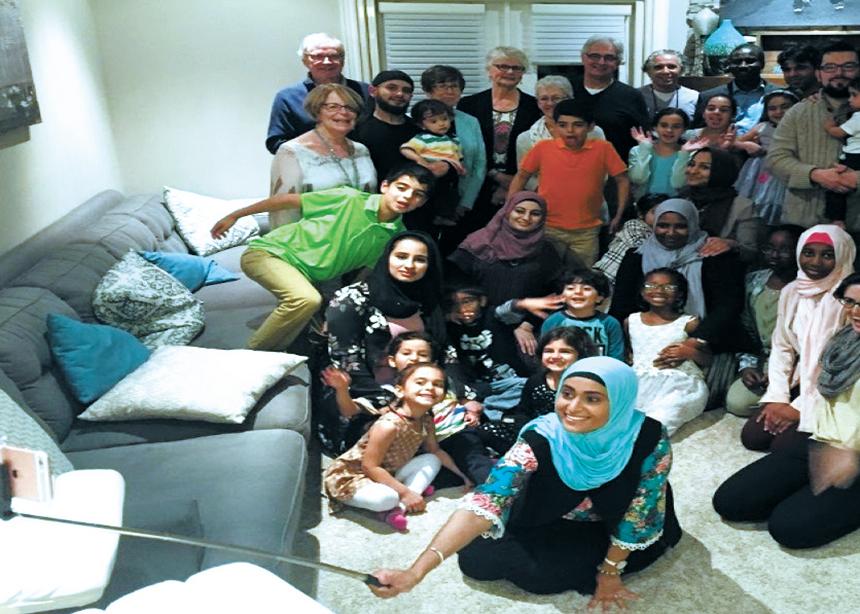 Three years later, the work of several people, churches and organizations has resulted in the resettlement of five Syrian families in St. Catharines.

The first family of four came in October 2016. The father is now employed full-time in a grocery store, while his wife continues with English classes. The children are in school or daycare.

Between May and November 2018, four more families arrived, consisting of a total of 21 people. All adults are in yearlong English classes, and the children attend college, high school or elementary school, depending on their ages.

“All are advancing steadily,” says Doug Schulz, outreach pastor of Grace Mennonite Church, one of the supporting congregations. Volunteer tutors visit their homes after the students’ classes are done.

Nineteen-year-old Ahmed, who arrived on May 27, 2018, attends high school full time, then works up to 20 hours a week at a café, according to Schulz. Ahmed started as a line cook, but his English is advancing so rapidly that he has begun to work at the cash register as well. His goal is to visit his “intended” next summer, who is also a refugee from his Syrian community, now living in Paris.

Those who wondered what they could do back in 2015 included Moses Moini, refugee program coordinator for Mennonite Central Committee; Ezeldin Ebadalla, president of the Islamic Society in St. Catharines; David Brubacher, lead minister of Grace Mennonite; Schulz; and Grace Mennonite congregants.

A formal meeting was held in November 2015 with five members each from Grace Mennonite and the Islamic Society. Their common goal was an opportunity to partner together to respond to the Syrian refugee crisis. From that meeting, Bridge of Hope Community, a multi-faith, not-for-profit organization was born.

Zakira Hamdani, a Syrian born in Ontario who speaks Arabic and English fluently, was asked to join. She has been invaluable in helping break the language barrier between the newcomers and Bridge of Hope members and volunteers. Since this first meeting, the United church in Beamsville and the Pelham Friends, a Quaker community, have joined.

Besides fundraising and finding housing and furniture, Bridge of Hope members have arranged transportation for the newcomers from the airport and around the city, and helped them apply for government documents. Health issues have been addressed and medical appointments made, including suitable means of transportation.

Orientation support for the Syrian families is ongoing, including learning to navigate bus routes to get to library programs and YMCA services, to name a few. Weather, winter, clothing and chores are different in Canada. Mentoring is ongoing, to ensure that families integrate well.

According to Moini, the members of Bridge of Hope are to be the hands and feet of Jesus, as Canadians and Syrians journey together.

Activities, like a summer picnic for up to 85 people, have been planned. Socials have been held at the masjid, Grace Mennonite and in the homes of individual families.

The committee members have learned a lot about cultural and religious differences over the past three years, and have found it an enriching experience to reach out in this way. Although it can be intense when a lot of people arrive in a short period of time, they have found it rewarding to develop a level of personal care for families and for each other, and to bond through camaraderie and mutual encouragement. 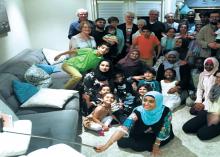