A ray of sunshine in the classroom

Student with disabilities teaches classmates about love and acceptance 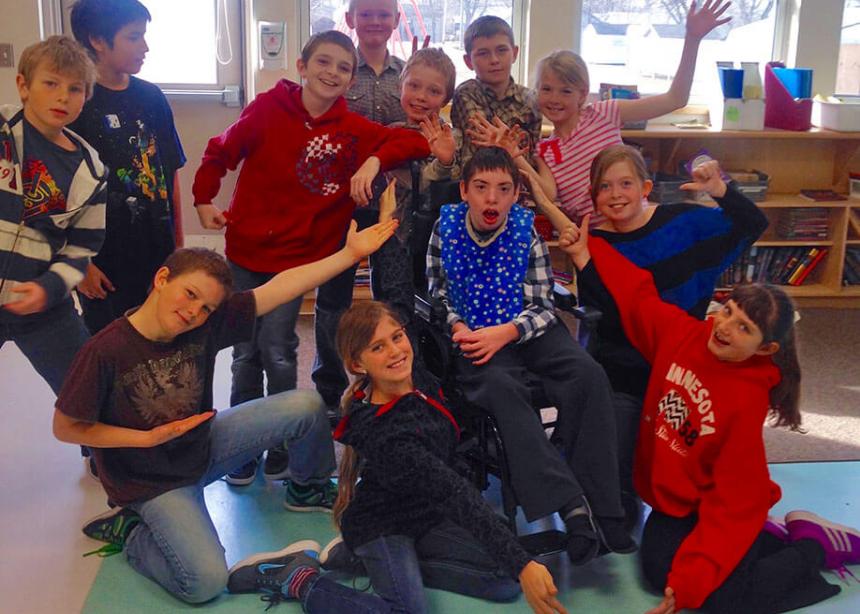 <p>Will Friesen (centre), a Grade 5/6 student with severe cognitive and physical disabilities, poses with some of his classmates at Rosenfeld Elementary School. (Photo by Jackie Nickel)</p>

Wilhelm (Will) Friesen, a Grade 5/6 student, does not have a voice. Will was born with severe cognitive and physical disabilities which prevent him from performing basic tasks, including speaking. Born in a Mennonite colony in Bolivia in 2004, he moved with his parents and two sisters to Manitoba in 2007. The Old Order Mennonite family came to Rosenfeld, a small farming community 100 kilometres south of Winnipeg, in 2014.

Will has needed intensive care his whole life. “At one year, he was able to sit by himself,” Will’s mother, Katharina, says through a translator. “He has never crawled or walked.” Will communicates with his expressions as well as arm and hand motions. He is highly relational and responds well to people playing with him.

Will is an active member of his class at Rosenfeld Elementary School. He loves connecting with his peers by gently touching them and making direct eye contact. He participates in activities such as class meetings, skits and listening to stories.

His classmates interact with him and enjoy making him laugh, thereby fulfilling his need for relationship and love.

“I met Will after spring break, when he came to Grade 4,” says Keegan Friesen, one of 25 students in Will’s class. “It makes him laugh and smile when we make noise and snap our fingers at him.”

Will’s homeroom teacher, Jackie Nickel, has been intentional about teaching and modelling how to accept people who are differently-abled.

“He has very limited movement skills,” Nickel says. “He can eat mashed food when spoon-fed, but his primary nutrition is provided by a tube straight to his stomach. We know that he will require constant assistance his entire life, so when we designed his education plan, we concentrated on what would provide pleasure. He loves people, so that’s the plan.”

Will gives the class an opportunity to be inclusive as they find of ways to add him to class activities. When conflicts regarding wheelchair accessibility on class field trips arise, the class chants their motto, “If Will can’t go, we won’t go!”

“I try to create a classroom community where everyone is valued, and if there is a problem, we work it out together,” Nickel says. “They get that everyone should be treated with dignity and respect.”

“Will is a ray of sunshine in the building and my class is beautiful with him,” Nickel adds. “Their interactions and inclusivity often bring tears to my eyes. It makes me love my class more and it gives me faith in humanity. They inspire me.”

Will makes a difference in the class by creating an opportunity to care for and accept those who are different. It would seem the voice of God is speaking through a child who doesn’t have a voice. 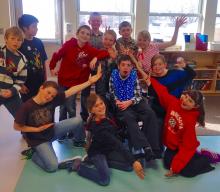 Will Friesen (centre), a Grade 5/6 student with severe cognitive and physical disabilities, poses with some of his classmates at Rosenfeld Elementary School. (Photo by Jackie Nickel)