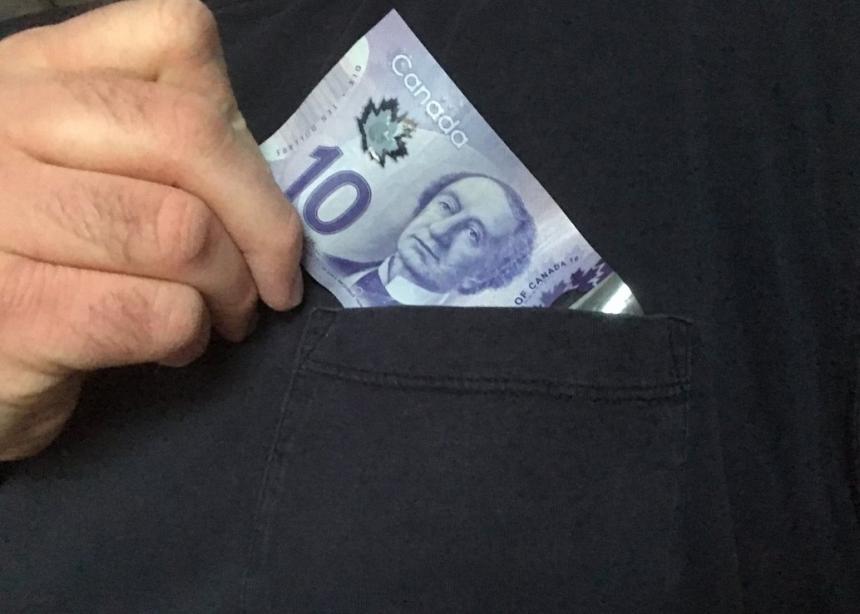 He’s the first to admit that he rarely added an additional dollar to his grocery bill at the checkout nor did he buy chocolate almonds from people who knocked on his door. “My frugal nature made it tough to be truly generous in the small stuff,” he explains. However, an unexpected inheritance changed all that.

Friesen’s aunt donated most of her estate to Abundance Canada, but gave each of her surviving nieces and nephews $500, with the stipulation that they spend it in memory of her. “My aunt was generous all the time,” he remembers, “and her random acts of kindness really taught me a great deal about generosity.”

Following in his aunt’s footsteps, he decided to donate his inheritance, but he didn’t want it to become just another donation rolled into his existing gifting fund. He cashed the inheritance into 50 $10 bills and earmarked the funds for “random acts of generosity.”

“I set out rules for my little generosity project,” Friesen explains. “No. 1: I had to give the money away in $10 increments; and, No. 2: Each gift had to include an opportunity to tell someone about my aunt, so that her story might inspire them to become generous like she was.”

With 52 weeks in the year and 50 $10 bills in his pocket, it sounded easy enough to make a donation about once a week. But he soon discovered that this spontaneous generosity would stretch his giving muscles, and his heart, more than he imagined. “Giving away 10 bucks is harder than you might think,” he muses.

At first, it was tricky to find places where such a small donation would make a difference. He slipped an extra $10 bill into a shoe being passed around at a wedding; the next gift went to his receptionist heading out on summer vacation; and he dropped another into a donation box at the mall. The more he gave, the easier it became. Spontaneous generosity was actually a lot of fun!

“My aunt’s inheritance turned into an extra tip for a waitress, a block of cheese for a shopper who came up short, a coffee for the person next in line, an extra thank you to a store clerk, a little gift to the guy corralling the shopping carts at the supermarket,” Friesen says. At the end of the year, he had given away the entire inheritance and gained an entirely new perspective on giving.

“I realized this exercise of donating $10 at a time helped train my brain to be more willing to part with money in the moment,” he says. “This project caused me to think about my aunt a lot and it was a privilege to tell others about her generous life.”

He hopes all the little interactions over the past year have inspired others to be generous. “Hopefully, when some of the people I’ve met find an extra buck or two in their pocket, they’ll remember me and my aunt, and pay it forward.”

Even though his Random Acts of Generosity Project is over, Friesen continues to keep a little cash in his pocket and his eyes peeled for opportunities to give. After all, you never know when a little spontaneous generosity might make a big difference in someone’s day.

Harold Penner is a gift-planning consultant with Abundance Canada, a CRA-registered foundation that helps people realize their philanthropy and giving potential in their lifetime and through their estate. Learn more at abundance.ca or call 1-800-772-3257. 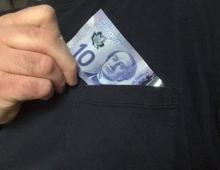