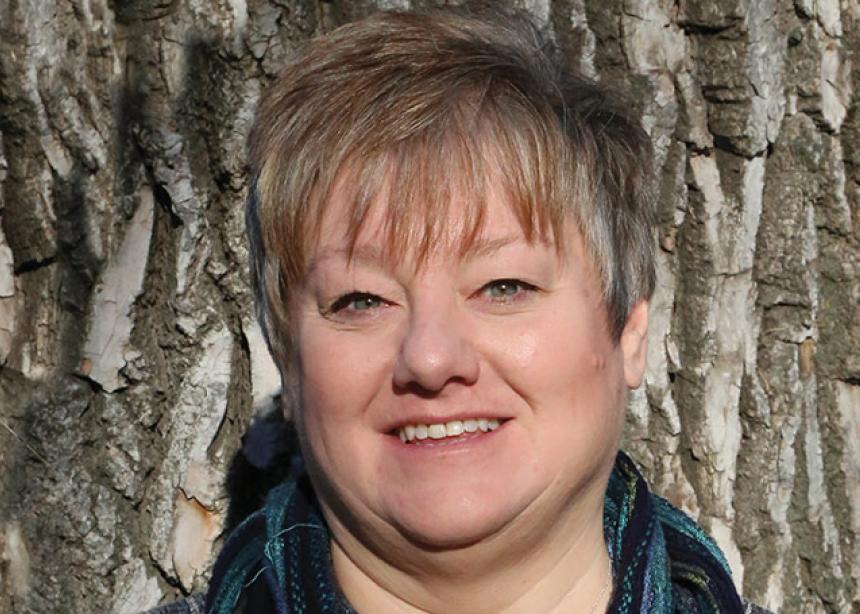 After 23 good years as a teacher and principal, Cheryl Braun asked herself a simple question: “What does the last part of my career look like?” Would she stay the course or risk change?

As Braun (no relation to the author) considered this over several months with a small support group, she eventually asked herself, “If I’m going to make a change, why not explore a big change?”

Last January, she resigned as principal of Mennonite Collegiate Institute (MCI) in Gretna, Man., effective in July. She was excited, nervous and committed. Possibilities and uncertainty lay ahead.

The healthcare field was an option, or the non-profit world, or perhaps completing a master’s degree related to counselling. Her explorations included a spring-break chat with Rick Neufeld, director of leadership ministry for Mennonite Church Manitoba, although being a lead pastor was not on her radar.

After months of dreaming, and worrying, she received a call from Neufeld in June. He had something for her to “think about”: a lead pastor position at Glenlea Mennonite Church, a small congregation about 20 kilometres south of Winnipeg.

She already knew the congregation through numerous MCI students from Glenlea. By early July, an agreement was in place for her to serve as interim minister for a year, starting in September.

Braun has moved to Winnipeg, where she grew up and from where she will commute. Of course, saying goodbye to students, staff, parents and “life” at MCI was tough. “I’m gonna miss the place terribly,” she said.

Central to her story are two elements:

She said an “ever-growing confidence” and “peace” about doing something brand new propelled her. “Steeping the whole process in prayer and conversation with others whom I deeply trusted helped me to make this series of small leaps,” she said.

The group of trusted people with whom she talked came together in 2010 when Braun learned she had a chronic form of leukemia. In the wake of the diagnosis, she was distraught and overwhelmed. At a school event, Diane Hildebrand—mother of a student as well as a pastor in a neighbouring region—asked her how she was doing. “I just unloaded,” Braun said of her emotional response. “I was just floundering.”

Hildebrand said she would pray that Braun would find a support group, and Hildebrand offered to help, eventually connecting Braun with a local pastor who helped her come up with a list of names, and Hildebrand contacted those people.

Three women from the Altona-Gretna area agreed. They were people Braun knew and trusted, but were not part of her inner circle of friends and family. “Their lives are very different than mine,” Braun said.

They had enough distance that they could ask good questions and then “sit back and listen.” At first, they met in each other’s homes every three to four weeks. They provided Braun with a steady contact, a safe place to “unravel,” room to share the “deepest, darkest” things people are often afraid to voice. In recent years, they have met less often, but they were still essential in her testing of new paths.

Whether facing a career decision or family tragedy, she can tell herself: “I’m not the only one who has my eye on this.”

“We’re just not designed to do life alone,” Braun said.

As for cancer, she has taken oral chemo every day for seven years. While she says it still overwhelms her at times, it is not as mentally loud and emotionally demanding as it once was. And while it limits how many work and social engagements she can agree to, she has found a way to share her path with the cancer.

The 80-percent-time pastoral position at Glenlea, along with the flexibility of the job—no bells ringing—should help her manage.

As for pastoral work, while she is comfortable with public speaking, she is nervous about coming up with sermons that inspire and connect on a regular basis. She does not have formal theological training but loves being a student and is clearly thrilled to have a job that allows her to spend “hours a day” reading the Bible and related resources.

She says she could imagine doing pastoral work for the next 10 to 15 years, a possibility she will surely revisit as next September approaches.

For now, she is at peace, both with the “new adventure” and a “rich and meaningful time” at MCI. “I’m looking forward to going back for concerts,” she said.

Cheryl Braun is an amazing woman! We have known her all her life and our families have always been close. We are excited to see her starting this next chapter in her life, and wish her many blessings in this new venture.

I do not believe that we've ever met. It is good news to hear that someone is not fearful of new things in life. To meet the challenge when also dealing with an unknown like leukemia. You will beat leukemia.
It is possible for me to identify with you when I left my safe environment of Kelowna and moved to Kipling, Sk. The hardship in my life happened when my wife decided to leave our marriage. Brokenness can be made into something stronger when God is allowed to enter and do the mending.
You are a true example of standing in the storms of life.