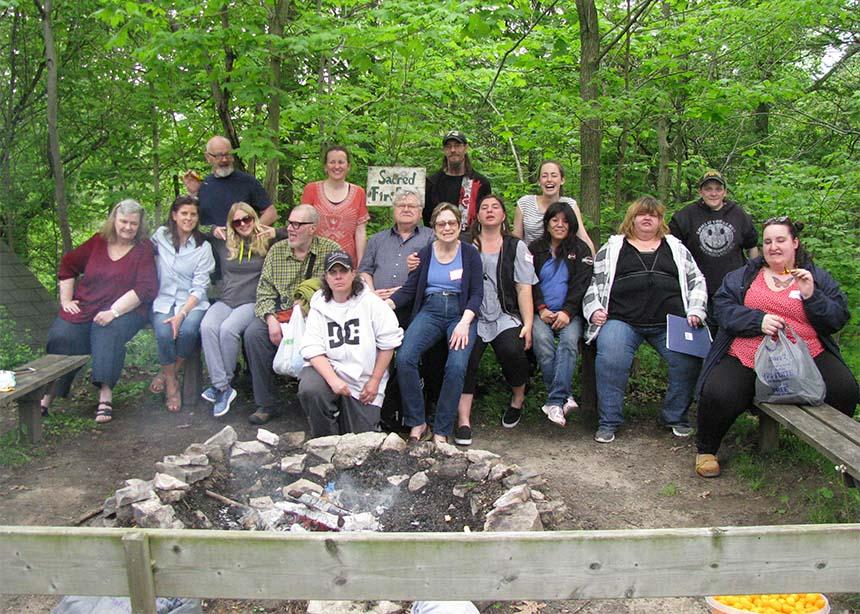 Circle of Friends is described as a “humble program” with “humble goals.”

Margaret Smart, the program’s coordinator, believes it is “an amazing example of the power of small things.”

The premise of Circle of Friends is simple. A facilitator and a couple of volunteers commit to meet once a week for a year with a participant for conversation and connection. Normally, there are nine or 10 circles operated at any given time.

Smart emphasizes the value of these friendships, when people show up just to talk and have fun together, saying, “It reminds you that you are a human being in a community.” It is also a respite from all “the hard things you are going through,” she adds.

The circle is an important symbol. It’s about people “coming around and sharing life,” she says.

A participant insists that this was the best thing that had ever happened in his life.

Current and former participants and volunteers can also take part in monthly gatherings, as well as in workshops lasting from four to six weeks. The workshops offer different approaches to healing and restoration, using art or narrative therapy, drama, photography and cooking, and they include both hands-on and therapeutic elements.

While the program shrank during the pandemic, a few groups continued to meet through video chats or phone calls. This meant getting tech devices to people who did not have access, and learning “a whole new set of skills,” Smart says.

Circle of Friends began just over 20 years ago, when Margaret Nally, who worked with Mary’s Place, a Kitchener shelter for women, helped to build connections between MCC and the local shelter system. It grew out of a recognition that, even if women were getting housed, they still experienced isolation. They left behind a community they found on the streets, and they had trouble re-connecting with friends and family they lost touch with when they became homeless.

Smart says even “when you get your stability back, you find yourself isolated. In order to rebuild a life you need a community around you.”

At first, the program was geared to women and was operated out of Mary’s Place, but it expanded to include any adult experiencing homelessness, and now operates out of MCC’s Kitchener office.

Smart says that many people experiencing homelessness “have deep levels of traumatization,” and the “frontline workers supporting them . . . are doing the best they can with very little.” She cites the need for a larger infrastructure of support for mental health and addictions, housing and fair employment, to help people “transition into a more stabilized life.”

She admits that the need can feel overwhelming. But a Circle of Friends can provide community and belonging, as other resources become available.

Volunteers, who do not need to be social workers or therapists, go through an orientation and training session before being matched with a participant. Many admit they thought they understood poverty or homelessness, but through the program “their eyes were opened” and they learned so much about the challenges, barriers and “the humanity of really seeing each other.”

Smart says volunteers often “become amazing advocates” by taking that experience and new knowledge into their churches, their communities and their voting. For Smart, it is another example of how “small, humble things are transformative.”

Circle of Friends and its community partners were ready to celebrate the program’s 20th anniversary when COVID-19 hit in 2020.

Smart says it was “very hard to cancel,” but it will celebrate 25 years instead.

In the meantime, staff and volunteers intend to reconnect with people who lost touch through the pandemic, and strengthen ties with their partners, in keeping with how MCC’s programs emerge out of the needs of, and in partnership with, the community.

Smart sees Jesus as a model for how to do this kind of ministry. “It’s about Jesus going after the one sheep . . . and we bring others around that person,” she says, as Christ calls people into community, relationship and walking with one another. “That’s what he did and that’s what he invited us to do in his name.”

She says she recalls “all of the conversations that Jesus had and the tables he sat around and how that brought healing. . . . We are inviting people to experience that kind of community.”

This article appears in the Sept. 13, 2021 print issue, with the headline “‘The power of small things.’” Do you have a story idea about Mennonites in Eastern Canada? Send it to Janet Bauman at ec@canadianmennonite.org. 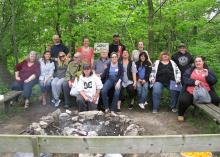