The power of language

CMU student conducts survey on gendered language that can hurt and heal, divide and unite 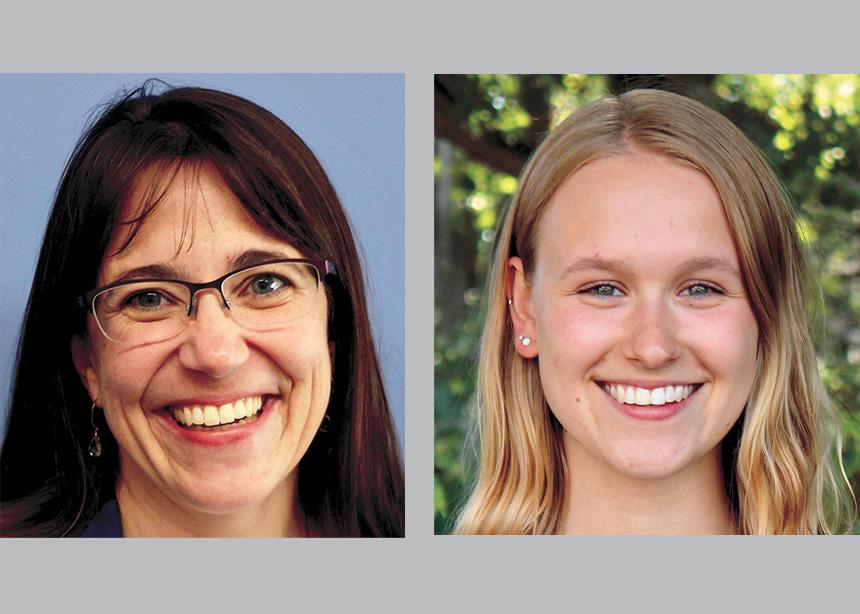 How have you experienced gendered language? Has certain language hurt you or made you feel welcome and safe? These are some of the questions that students reflected on in a recent peer-led survey about Canadian Mennonite University (CMU).

Last semester, Jubilee Dueck Thiessen surveyed the CMU student body about experiences of gendered, binary and heteronormative language on campus. Dueck Thiessen is a CMU student from Winnipeg, in her final year of a bachelor of arts degree with focuses in English, philosophy and theology. She is also external vice-president on the student council for the second year in a row.

When a previous survey she conducted revealed that many students thought student council wasn’t very useful, she was determined to do something valuable. One student’s feedback requested discussions about gender and inclusion on campus, so she pursued it.

“My hopes were that all CMU students would feel safe and accounted for more fully in the future after these conversations,” she says.

Through an online form advertised in CMU’s daily announcements and social media, students responded anonymously to questions like:

Dueck Thiessen can’t discuss the survey’s results in detail because sharing them externally would require a vetting process by the ethics board. But as someone who identifies as queer and has many friends in the LGBTQ+ community, she has participated in many of these conversations, and the survey confirms what she has already heard.

Male/female binary language and strictly gendered spaces on campus, like bathrooms, choirs and athletics, can be uncomfortable and stressful for some students. Even people who don’t struggle with these challenges often want to explore the issue further for the sake of the people it does affect.

Her personal experiences shaped this initiative, too. She was surprised by how much she noticed her gender identity as a woman in academia. She felt frustrated that philosophy and theology could often feel like an exclusive boys’ club, and that students read hardly any texts written by women, never mind gender-diverse and queer voices. So she wanted to see what others were experiencing.

After launching the survey, she collaborated with Anna Nekola, associate professor of music, and associate dean of teaching and learning, to host a forum on the topic. Nekola has taught a queer theory course at CMU, and her scholarly research examines issues of social power in music, like race, identity and representation.

“The purpose of the forum was to continue a collective dialogue and to cultivate a mutual understanding and a shared vision for what a safe and inclusive campus could and should look like,” Dueck Thiessen says.

They did this through video, discussion groups, lists of resources, and collectively creating a word map of the identities that were important to each person.

Both facilitators were amazed at the number of people who attended the forum “and the range of voices in the space, and some of the passion and heartfelt sharing that came from folks across the community,” Nekola adds. “Some of the things that happened in the public forum seeded a lot of additional conversations afterwards, where people felt like they could come up to me and [share].”

Dueck Thiessen didn’t want the survey and forum to produce an out-of-the-blue list of demands but rather create a social and relational process. Policies are important, but they won’t change things if people aren’t ready; one must shift the culture, too, she says.

“I have been hearing since I arrived at CMU that students are ready for change, and a change that is necessary for their existence to be seen as valid,” Nekola says.

Some things at CMU have changed since the forum. The university has removed the words “women and men” from its mission statement, which now reads as “. . . CMU inspires and equips for lives of service, leadership and reconciliation in church and society.”

Nekola led a workshop for faculty on classroom introductions, including discussions around pronoun usage and making students feel comfortable and welcome. More gender-neutral bathroom signage is in the works.

Dueck Thiessen hopes to do more with the survey results to initiate larger conversations on campus.

“I see this as living into our commitments of radical hospitality,” Nekola says. “It’s important to listen to others and listen to them tell us who they are, so that we can meet them in their full humanity. We would do that in so many other ways, along other lines of difference—race, ethnicity, religion—and this is just one more way that we can do it.”

The author is also a staff writer for CMU. 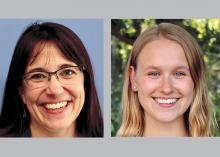