The appointments run counter to the inexorable demographics of the church, which shows the number of Catholics growing in places like Africa, Asia, and Latin America, even as the faith barely treads water in North America and declines in Europe. 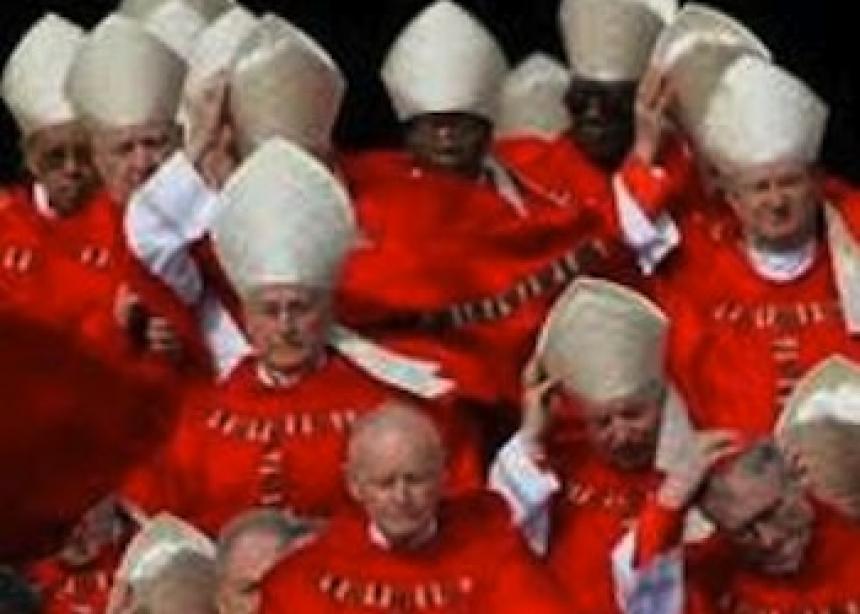 Pope Benedict XVI's announcement on Jan. 6 of 22 new cardinals shows that he is continuing a pattern of stacking the College of Cardinals with Europeans (mainly Italians) and with leaders of the Roman curia, the papal bureaucracy whose officials are often considered more conservative than prelates in dioceses around the world.

This trend goes against the push by Benedict's predecessors, notably the late John Paul II, to "internationalize" the College of Cardinals and make it more representative of the global church, Religion News Service reports.

It also runs counter to the inexorable demographics of the church, which shows the number of Catholics growing in places like Africa, Asia, and Latin America, even as the faith barely treads water in North America and declines in Europe. The 22 churchmen will be installed at a Mass at St. Peter's Basilica in Rome on Feb. 18.

"This suggests an upside-down church," Robert Mickens, Vatican correspondent for The Tablet, a Catholic weekly in London, said of the pope's appointments. "It doesn't reflect where the church is going."

The numbers tell the story. Since Cardinal Joseph Ratzinger was elected pope in April 2005, his three batches of new cardinals have favored Europeans and those who work with him in Rome over bishops from other countries.

Eighteen of the 22 cardinals in this latest round of appointments are under the age of 80 and thus eligible to vote in the conclave, or gathering, that elects a pope. (The red hats given to the four octogenarians are the church equivalent of lifetime achievement awards.) Of those 18 new electors, seven are Italians, five others are from Europe, and a total of 10 are Vatican officials.

Just three of the new cardinals -- from Brazil, Hong Kong and India -- are from outside the West, and in the biggest surprise, none are from Africa, where the church is experiencing its greatest growth, followed by Asia. Half of the world's 1.2 billion Catholics live in the Americas.

That means Italians will form the largest national block and account for one-quarter of the 126 cardinal-electors (several will age out this year), up from 16.5 percent in 2005. In addition, 35 percent of the cardinal-electors will come from the Roman curia -- up from less than a quarter when Benedict was elected in 2005.

John Paul II, who was Polish and the first non-Italian pontiff in 450 years when he was elected in 1978, deliberately sought to internationalize the College of Cardinals and the Roman curia, though he also brought in a number of fellow Poles to help run his administration.

Why has Benedict largely reversed that trend? Vatican-watcher John Allen of the National Catholic Reporter noted that before he was elected pope, Ratzinger spent nearly 25 years working in Rome and his appointments are "perhaps a product of his comfort level with Italian ecclesial culture."

The other major factor is that Benedict is at heart an Old World, old-fashioned Bavarian Catholic, and both he and the cardinals who elected him believe that Europe remains the birthplace of Catholic culture. In that view, Benedict represents the best -- and perhaps last -- chance to restore that culture and use it to evangelize the rest of the world.

But in light of this latest round of cardinal appointments, and given growing concerns about Benedict's health -- he turns 85 in April -- this set of electors may well be the men who eventually choose Benedict's successor. Their numbers suggest they may be just as likely to look to Europe once again rather than to the future church in the global South. 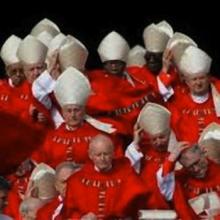