Pollution in the Heavenly Province 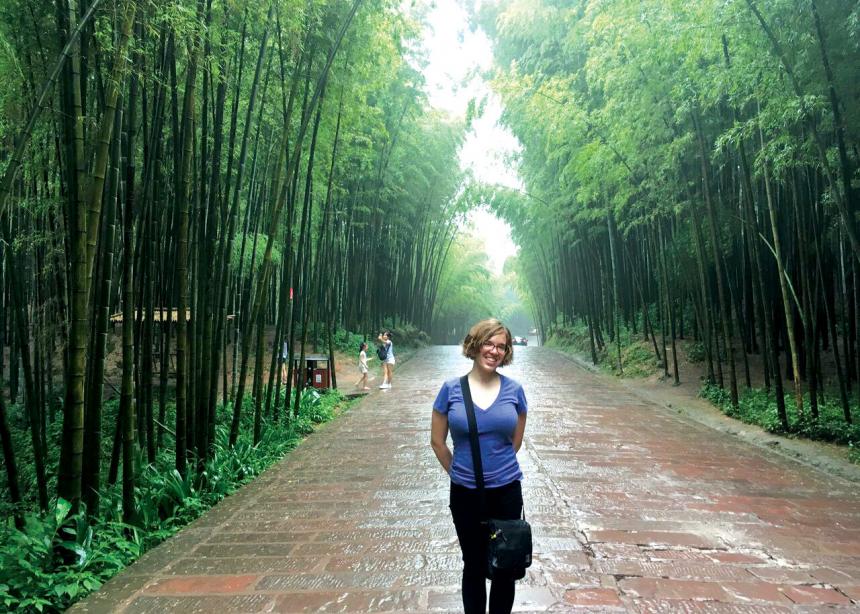 The first thought that struck me when I arrived in China’s Sichuan province was how green it was.

Somehow, perhaps from tales of air pollution and reading “Made in China” stamped on most goods, I had formulated an image of China as a grey, smoke-filled country. This image might represent some parts of the country. China is so massive that images as diverse as coniferous forests, tropical beaches and wind-swept deserts are all accurate snapshots of certain parts of the nation.

The province of Sichuan, on the other hand—where I recently spent a year serving with Mennonite Central Committee’s Serving and Learning Together program—is best described using adjectives like “lush” and “verdant.”

In fact, Sichuan is so fertile that the old epithet of the province, “Tianfu,” means “heavenly province” or “land of plenty.” In the city of Nanchong, where I lived, parks and green space are integrated far better into the urban architecture than most cities I’ve visited in Canada. While a few months in Toronto will leave me yearning for the smell of trees and grass, I was never lacking a natural retreat in Nanchong.

Despite my love for Nanchong’s parks, where I ran most mornings, there was the incessant question of the fog. The fog rolled in during the wintery months of November to February, hovering two metres off the ground every morning. Frequently, the fog was so thick that we couldn’t see the car in front of us in the rush-hour traffic jam.

The jury was out as to the cause of the fog. About half the people I spoke with claimed the fog was a natural occurrence caused by Sichuan’s humidity (“humid” is an understatement—in the winter, my clothes could take up to a week to dry after washing) and Nanchong’s river. I don’t doubt that Nanchong has a naturally foggy climate.

Others, however, were sure the fog was pollution, and I did notice an increase in the number of bad-air days during the winter. I eventually stopped running in the park and began exercising inside instead. My rule was that I could run stairs if the air quality index read “unsafe for sensitive groups,” but if the warning reached “unsafe air quality,” I’d take the day off.

Air pollution in China is not a uniform problem across the country. The air quality where I lived was “moderate” and some cities, like the southern Kunming, are known for their good air. It is provinces with heavy industry and coal plants, as well as the developed, east coast cities, which suffer most in terms of air quality.

One city I heard many anecdotes about was Beijing. At one point in November, the air was so bad in the capital that it was a popular topic of gossip in Nanchong. The head of my host organization told me that her friend in Beijing had pulled her child out of school and went on vacation to Shanghai due to the air.

A former student, who studied in Beijing, had a permanent cough after three years of study. He told me an unnerving story about waking up one night in his dorm room and realizing that he couldn’t see the next building only a few metres away because it was obscured by pink smog.

Environmental problems are certainly in the public and political consciousness in China. A short ride on the Nanchong city bus goes past multiple billboards, all printed with government-endorsed slogans encouraging green development. Cleaning up China’s environment, however, conflicts with the fast rate of development to which China has committed itself.

The standard of living of many Chinese has not yet reached the standard of middle-class Canadians. For many Chinese, hard times like the Great Leap Forward and the Cultural Revolution are living memory, complicating the choice between economic development and environmental protection. Despite the commitment of many Canadians to environmentalism, all of my friends in Nanchong use far less daily energy than most Canadians.

Despite worrying about the air I was breathing last year, I knew that I would soon return to a country that offers both clean air and a comfortably unsustainable lifestyle. My friends in China do not have that luxury.

Vanessa Snyder-Penner is a 23-year-old university student from Waterloo, Ont., and a member of Waterloo North Mennonite Church there. 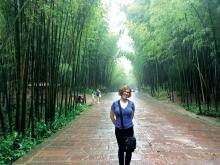 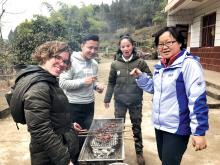 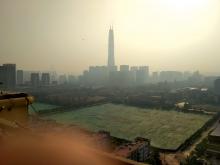