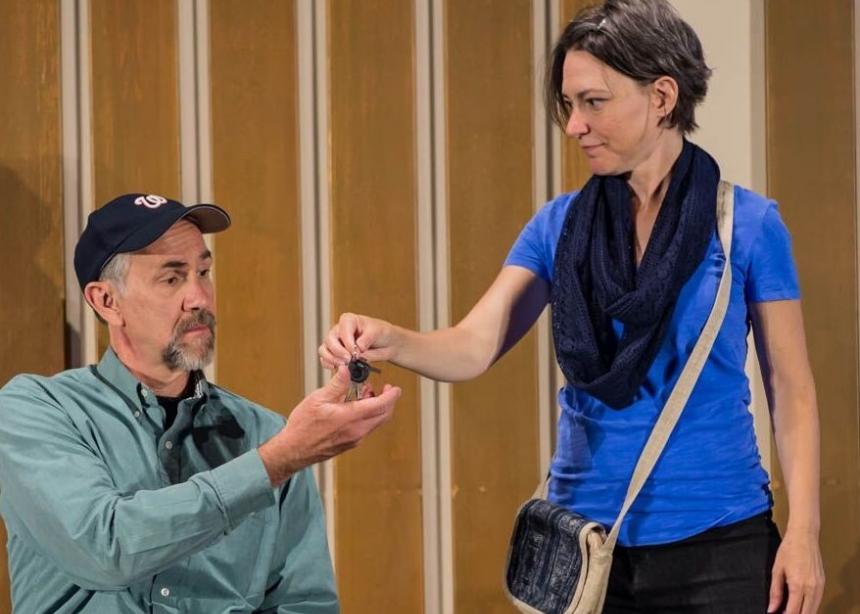 The Doctrine of Discovery is based on the Roman Catholic papal bull “Inter caetera.” Issued by Pope Alexander VI on May 4, 1493, it gave all the lands along a meridian west of the Cape Verde Islands, off the west coast of Africa, to the Spanish crown. The document stated that any lands discovered and not ruled over by a Christian ruler could be claimed and exploited by the Christian ruler whose people “found” the land.

In 1823, American Chief Justice John Marshall applied these ideas to the ownership of lands in the United States occupied by Indigenous peoples. He decided that all lands belonged to the U.S. government, and that Indigenous people could not own or sell those lands.

The Marshall ruling has been applied as precedent in Canadian cases concerning the ownership of lands in Canada. Indigenous individuals cannot own or sell land on First Nations, or in much of Canada; it belongs to the government as Crown land.

What’s funny about that?

Not much. While named Discovery: A Comic Lament, the Ted & Co. play focusses more on lament, with comedy being a bit of relief to the unrelenting pain of both Indigenous peoples and settlers regarding land in North America.

Presented four times at the end of May and early June 2018 in Waterloo Region, Ont., the play tells the story of how land has been taken from Indigenous people and sold to others. The Wiebes at the core of the story love the farmland they are on, but they find out that it was land given to an Indigenous community that had been driven out of their lands further east in the U.S. The millennial daughter becomes conscientious about this while studying anthropology.

But the story is not straightforward, with many scenes giving background and detail to the development and application of the Doctrine of Discovery.

In one telling scene, a young woman confronts a man about a car. It seems that she signed a document without reading the fine print, only to find that she had given away her grandfather’s car with his ashes in the wheel well. The man bought the car from his father, who had bought it from a used car lot, all legally.

The parallel to Indigenous people having given up the rights to their land, including their ancestors’ remains, was clear. In a question period afterward, one audience member noted that at the end of the scene, the man, a settler, still owned the car. In response, playwright Alison Brookins noted that she originally had a more hopeful ending, but in workshops had she been encouraged to leave things the way they are, with settlers still owning Indigenous land.

The play was deeply moving, especially as actor Michelle Milne silently, except for groans, pantomimed an Indigenous woman freeing herself from the high-necked dress that residential schools had put her in. Over and over again, she moved to a place of freedom, only to snap back into a stance of subservience and pain. This paralleled the Wiebe daughter telling her father of an Indigenous woman whose only memory of her father was his laugh. Eventually, the woman frees herself to swing on an imaginary swing, just as the Wiebe girl had done as a child, with joy and abandon.

A committee of Mennonites, Anglicans, Lutherans and United Church people planned and carried out the series of performances, involving Mino Ode Kwekak N’gamowak (Good Hearted Women Singers) to open and bless each evening, as well as take part in the question period at the end. 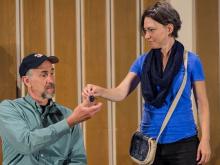