On plausibility structures and faith 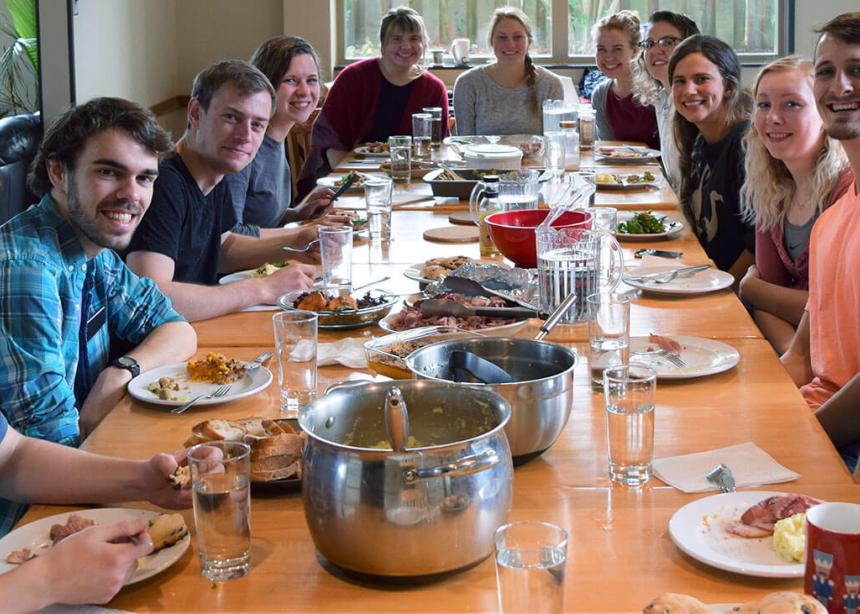 From 2011 to 2013, I was a resident of the Menno Simons Centre, a not-for-profit student residence located near the University of British Columbia (UBC) in Vancouver. At Menno, I found a tight-knit community, a sense of home in a new city and inspiring Christian friendships. I also found my wife Cara.

In June 2014, Cara and I moved back “home” to be the residence coordinators of the Menno Simons Centre. Since then, we have experienced tremendous joy in helping others find the same things that we found there.

However, the story of young adults finding meaningful Christian commu-nity while attending UBC goes back to before I was born. In 1986, a small group of Mennonites with a vision for student ministry formed the Pacific Centre for Discipleship Association (PCDA).

Despite the fact that they were unable to find church or conference support, they took out a loan with an interest rate of 14 percent, purchased the property in the Point Grey neighbourhood close to UBC, and repurposed the building, which was a Catholic convent at the time, into a student residence. Many of those founding PCDA members still attend Point Grey Inter-Mennonite Fellowship, which meets in the Menno Simons Centre chapel.

There are some significant differences between the students of yesteryear and the students we live with at Menno today. However, what literature on emerging adulthood makes clear is that students today are no different in their need for friendship, community, mentoring, responsibility and a place that feels like home.

But then, I didn’t need to read that. I already knew that from my own life. When my own faith was floundering, it was my relationships at Menno that played a key role in helping me to find it again.

The fact is that it is not easy to identify as a disciple of Christ in the world today, especially when you are trying to do so on your own, and especially at a large university like UBC. For example, earlier this month we had the atheist celebrity Richard Dawkins visit the campus and share his message on the dangers and delusions of faith.

So how can students grow in their faith when they feel alone and when there is little in their environments to support their identity? In most cases, they can’t.

Peter Berger is a sociologist who writes about plausibility structures of faith: the things in our environment that make it more or less plausible for us to believe in various versions of reality and belong to various faith traditions. In his books, Berger explores the rise of secularism and highlights the challenges of not being secular.

According to Berger, that challenge is not primarily intellectual, as if convincing yourself that Dawkins’ arguments are wrong is easy enough.

Rather, the challenge is sociological. Convincing yourself that your entire Dawkins-enthralled campus community is wrong is much more difficult.

I like to think of the Menno Simons Centre as a plausibility structure. While living in Christian community at Menno, residents find it is plausible to identify as a Christian in university because they look around and see all these other students doing the same thing.

At Menno, residents find it plausible to believe they will benefit from sacrificing themselves for the common good because at every potluck they look around and see a wonderful feast created by each member of the community bringing a dish to share.

They also find it plausible to confess their sins to one another because they see how community deepens as we reach out to others to help us.

As well, when they look around they see a building rich in memories and legacies of faithful lives lived to the glory of God. In fact, one of the building’s claims to fame is that before the PCDA purchased the building, Mother Theresa stayed there while attending a conference in Vancouver.