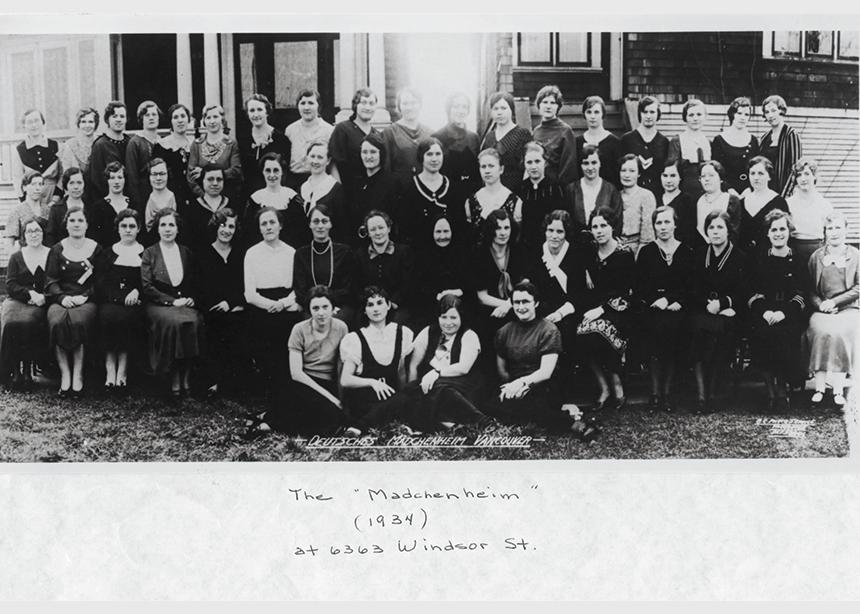 A new plaque honours the young Mennonite women who worked as domestic help in Vancouver in the mid-20th century.

An initiative of The Places That Matter, this is No. 89 of 125 commemorations erected by the Vancouver Heritage Foundation plaque project, launched in 2011 with a grant from the Government of Canada’s Celebrate Vancouver 125.

The plaque, located on the streetlight at the corner of 49th Avenue East and St. George Street in Vancouver, reads in part: “From 1931 to 1961, young Mennonite women were sent to Vancouver seeking work as domestic servants by their families, many of whom were indebted to the Canadian Pacific Railway for their passage. Most had come to Canada as refugees from Stalinist Russia.

“These young, single women were pioneers in their ethnic and religious community who broke through the barriers of the ‘evil city,’ finding their independence through learning the English language and experiencing a new culture. They shaped settlement patterns of not only Vancouver but also of western Canada.”

Thiessen gave a brief history of Mennonites and how they came to the Fraser Valley.

Derksen Siemens told the stories the of young Mennonite women, some as young as 14, who came to work in Vancouver beginning in 1929, and again after the Second World War, when more refugee families arrived.

Eventually, two residences were purchased—one for the Mennonite Brethren and one for the General Conference Mennonites—to be a home away from home for the young women who struggled with the English language and homesickness. The homes, said Derksen Siemens, were places for help with “safety, shelter, language skills and employment.” Matrons provided a motherly presence and helped the young women find work.

“The demand was so great—everyone wanted Mennonite girls . . .  because they worked hard and they were so honest,” said Derksen Siemens.

This article appears in the Aug. 16, 2021 print issue, with the headline “‘Everyone wanted Mennonite girls.’” Do you have a story idea about Mennonites in B.C.? Send it to Amy Rinner Waddell at bc@canadianmennonite.org. 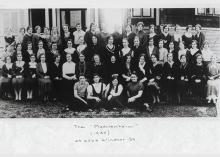 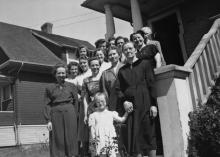 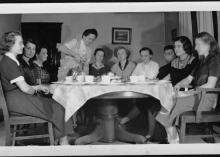 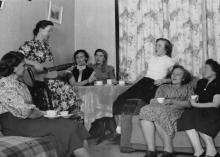 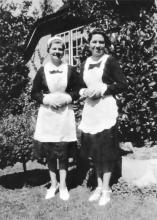 Wearing stiff, uncomfortable uniforms was expected of the Mennonite girls and women who worked as house maids in Vancouver from the 1930s to the ’60s. (Mennonite Historical Society of B.C. photo)

I somehow missed knowing about this virtual event. I have been aware of this story since I came to pastor at Sherbrooke Mennonite Church in Vancouver in 1998. I will have to go look at the plaque today as I go into Vancouver to volunteer at Sherbrooke's summer kids program.