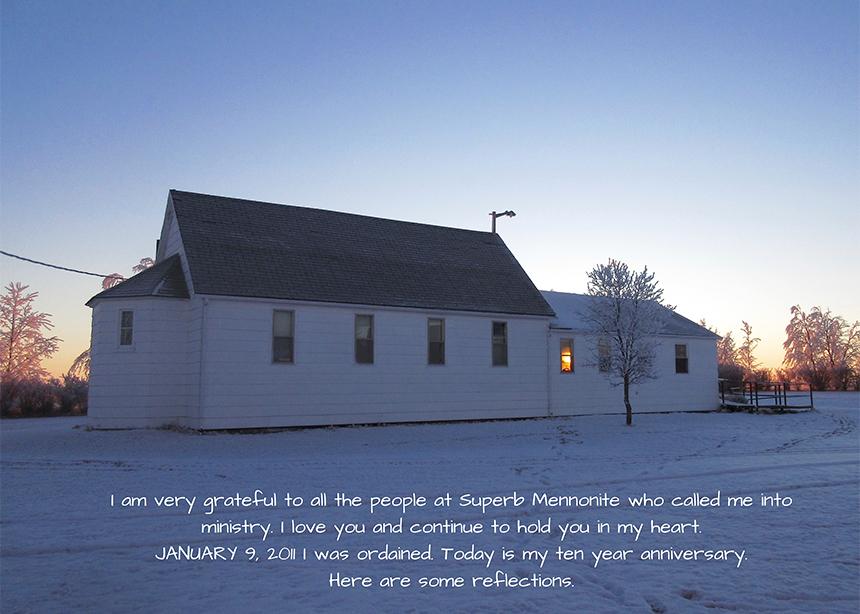 What she really wanted was a party, but pandemic realities prompted Lois Siemens to find another creative way to celebrate the 10th anniversary of her ordination.

Superb Mennonite Church, near Kerrobert, Sask., called Siemens to ministry, and she was ordained there on Jan. 9, 2011. Today she lives in Saskatoon, where she serves as spiritual-care coordinator at Bethany Manor, a retirement community founded by Mennonite churches in Saskatoon and the area.

As a single woman, Siemens viewed this anniversary much as a married couple would view a wedding anniversary. And even though she couldn’t have the party she had dreamed of, she felt she needed to mark the occasion in some way.

On the morning of the anniversary, Siemens went for a walk by the South Saskatchewan River and began taking photographs.

“I started realizing some of images were connecting to my ministry,” she says. “I started looking for them and then realized that they were everywhere.”

As she took pictures, memories of her 10 years of ministry came to mind, prompting her to look for images that had to do with being surprised, transformed, reconciled or redeemed.

“I definitely felt God’s Spirit at work,” she says. “God was leading and, in a way, comforting. I wanted a party. That was a loss. And then this came as a kind of replacement.”

“It was just as satisfying as having a party,” she says. “I missed [seeing] all the people, but it was good to reflect on the past 10 years.” 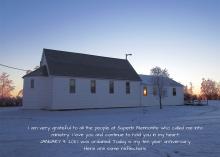 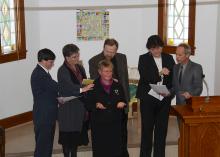 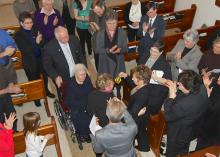 Friends and family surround Lois Siemens at her ordination in 2011. (Photo courtesy of Lois Siemens) 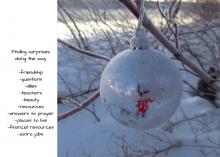 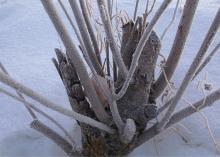 Witnessing transformation in others and myself. (Photo by Lois Siemens) 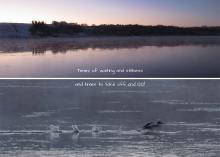 “Times of waiting and stillness . . . and times to take off and go!” On the 10th anniversary of her pastoral ordination on Jan. 9, Lois Siemens went for a walk by the South Saskatchewan River and began taking photographs. (Photo by Lois Siemens) 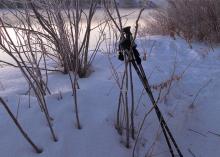 "Thankful for the times I received support." (Photo by Lois Siemens) 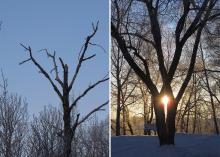 There were celebrations of death and life. (Photo by Lois Siemens) 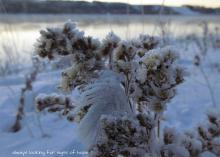 Always looking for signs of hope. (Photo by Lois Siemens) 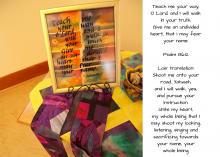