Phoebe, the bright one 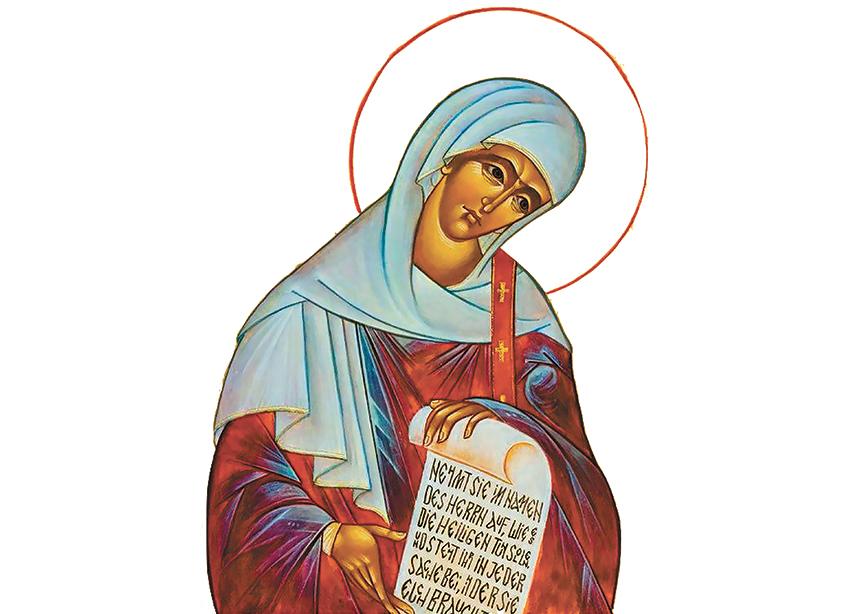 The Epistle to the Romans has been called the Apostle Paul’s great masterwork, the summing up of all his thought. It is a rich, dense and complex work of theology that has stimulated some of the most powerful reform movements in Christian history. But, once upon a time, almost 2,000 years ago, it was a letter carried by a woman named Phoebe.

In Greek, Phoebe’s name means “the bright one.” Paul says of her: “I commend to you our sister Phoebe, a deacon of the church at Cenchreae, so that you may welcome her in the Lord as is fitting for the saints, and help her in whatever she may require from you, for she has been a benefactor of many and of myself as well” (Romans 16:1-2).

That’s all we have. But this one sentence is loaded with clues to who Phoebe was.

Scholars estimate that Paul wrote his epistle to the Romans in the winter of the year 56-57 in Corinth. He had spent years founding communities of Jesus followers throughout Asia Minor and was now turning his attention west, to Rome and beyond.

Phoebe was from the Greek town of Cenchreae, about eight kilometres away from the city-state of Corinth. It was a small, prosperous community situated around a deep-water harbour, where ships would arrive from Athens, Ionia, Cyprus and the Levant.

Clustered around the waterfront were temples to various Greek deities. On the most prominent spot stood a huge temple to Aphrodite, where her followers could make ritual sacrifices to ask for protection at sea. On the other side of the harbour was a temple to the Egyptian deity Isis, who was also associated with the protection of seafarers.

In the midst of this busy port city, a small Christian house church had been founded which, by Phoebe’s day, was already vigorously spreading the gospel message throughout the region.

In Paul’s introduction of Phoebe in Romans 16, he uses three terms to describe her:

He is making the point that she should be considered the sister of all those who follow Jesus. This implied a deep responsibility. For many early Christians who had severed ties with their families of birth, their community of faith was a chosen family in which they had the obligation to treat each other with the same love and care as biological brothers and sisters.

Deacons in the early church had many roles, including preaching, teaching, showing hospitality to strangers and helping Christians who were in prison. The most accurate meaning here is “emissary” because one of their most important roles was serving as liaisons from one group of Christians to another.

The Greek word Paul uses is prostatis, which is more correctly translated as “patron,” meaning a protector, defender and guide. In Greco-Roman society, the term goes well beyond describing someone who donates money; the patron and the client were in a voluntarily and reciprocal relationship, with clearly defined social roles.

Paul doesn’t use the word “patron” anywhere else, so its appearance here is particularly significant, as it suggests that he and many others are socially dependent on her. Paul does not describe Phoebe in connection with any man; she’s not “wife of,” “sister of,” or “mother of,” as so many other women in the Bible are described. It seems that she is a woman of independent means, probably older, probably a widow, and someone who holds authority and influence in her community. As a patron, she safeguards the welfare of many people in her extended household and her community of believers. She is called upon to care for the needy, provide leadership and offer guidance—all weighty responsibilities.

Then one day Paul asks even more of her: he chooses her to be his emissary. What would taking Paul’s letter to Rome have meant for Phoebe? She likely would have gone by ship, on a trip that would have taken about two weeks. She faced the prospect of storms, shipwreck, bandits and bedbugs, cold, hunger and exhaustion. She must have been a woman of courage.

Rome itself must have been daunting. It was the heart of one of the mightiest empires in the ancient world, stretching from Britain in the northwest to Egypt in the southeast, but one based on force and conquest, the subjugation of conquered peoples and the use of brutal violence. Christians in Rome had already experienced exile and would face terrible persecution in the years to come.

At the time of Phoebe’s trip, there were probably five house churches in Rome. She would have needed persistence, resourcefulness and sensitivity to locate and assemble each of these groups. Only about 5 percent of the population was literate, so the letter would have been read out loud. If Phoebe herself didn’t read the letter, she might have coached the person doing the reading, to help that reader understand Paul’s intentions. Afterwards, she would have answered questions about this dense, complex text. So Phoebe was really the first authoritative interpreter of the Epistle to the Romans.

What questions did the Roman Christians have for her? Did they find these words comforting, challenging or puzzling? How did she answer them? Unfortunately, we don’t know.

Scripture is a living thing

Paul’s Epistle to the Romans shares the good news that we are saved through the grace of God, not our own merits or good works. A second message, one that pervades all of Paul’s letters, is that the Holy Spirit is a real and vital presence in the lives of believers. “Never flag in zeal, be aglow with the Spirit,” he writes in Romans 12:11.

Imagine the hearts and minds of those who first heard this message. Their God is not like the Roman deities who must continually be appeased through rituals and sacrifices; the one God offers salvation freely to everyone who has faith (Romans 1:16). Their God, who had once spoken from mountaintops and burning bushes, through prophets and priests, now lived and glowed within each one of them.

Paul closes by sending personal greetings to the believers in Rome. He names individuals and gives details about his relationship with them. These names suggest this was a diverse group: women and men, free and slave, Jews and Gentiles, and people from many different regions of the Roman Empire. They remind us that the Epistle to the Romans was, first and foremost, a personal message to a specific group of people—people who laughed, loved, struggled and suffered.

In our own day, the church is fraught with painful divisions, as sincere people on all sides wrestle with questions of how to best understand and follow Jesus. We struggle with meaning and interpretation, and how to apply words written thousands of years ago to our own complicated and very different world.

We must remember that Scripture is a living thing that should be listened to, repeated, memorized and inwardly digested. Each interpreter brings the weight of her or his own cares, concerns, learning and experience, to breathe life into the words for each new audience. What wisdom would Phoebe—a deacon and patron; a woman of courage, generosity and faithfulness; perhaps a sister, daughter, mother, wife and widow—have brought to the words Paul entrusted to her? Today, let us consider whose voices we need to hear to help interpret the scripture afresh for us.

From Rome to the ends of the earth

Finally, we return to the image of a woman boarding a ship in a noisy provincial port. The letter in her hand proclaims the one God who will not be neatly folded into the empire’s pantheon. Phoebe can’t tell whether she and her message will survive the journey, nor how they will be received if they do. Her message is a tiny flame.

The parchment will be passed from one house church to the next. In 400 years, Rome’s empire will fall into ruin, but the words of the letter will live on. For more than a millennium, the text will be kept alive by scribes labouring over desks in remote northern monasteries. In 1,400 years, a German goldsmith will cast tiny pieces of metal in the shape of letters of the alphabet. His system of movable type will allow Paul’s words to be printed quickly and inexpensively, so that ordinary believers will begin to read and interpret the text for themselves. One day, Paul’s letter will be translated into languages that Phoebe has never even heard of and studied in lands far beyond what she thinks of as the ends of the earth.

But Phoebe can’t see any of this. She has only the conviction of her faith and a courage equal to her task. Aglow with the Spirit, Phoebe goes out into the world, bearing light.

Alison Li serves on the preaching team at Toronto United Mennonite Church. This is adapted from a sermon she preached there on Feb. 2, 2020.

2. What are some possible reasons that Paul entrusted his letter to Phoebe? If it was a two-week journey to Rome, how long do you think she might have stayed? How might the Christian churches in Rome have responded to her? What questions do you think they had for her?

3. Alison Li points out that Paul refers to Phoebe as a deacon and a benefactor or patron. What do you think she might have done for the people in her house church?  Do you have a person like Phoebe in your congregation?

4. Li reminds us that the letter Phoebe carried was “a personal message to a specific group of people,” but that Scripture is a living thing and needs to be interpreted afresh for each generation. What voices do you listen to when interpreting Scripture?

5. Li writes that Phoebe’s message was “a tiny flame.” Where is there hope in Phoebe’s story? 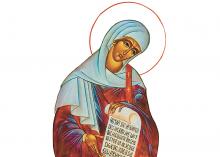