From pew to pulpit

New pastor came to Canada five years ago as volunteer 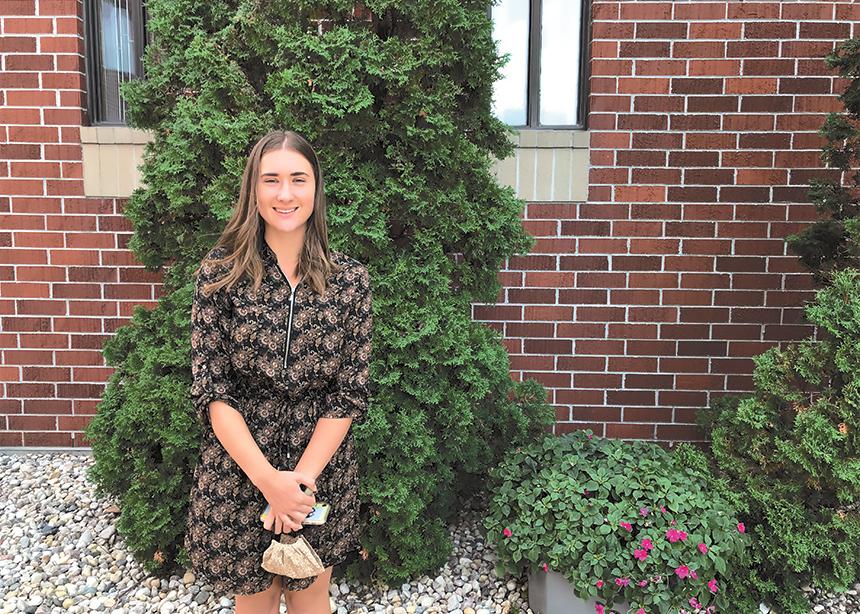 Valerie Alipova never imagined that one of the Bethel Mennonite Church offices would be hers when she first came to Canada with Mennonite Voluntary Service in 2015. (Photo by Nicolien Klassen-Wiebe)

Valerie Alipova arrived in Canada for the first time five years ago, on a one-year Mennonite Voluntary Service (MVS) assignment. In September, she became an associate pastor of Bethel Mennonite Church in Winnipeg.

“The craziest part is that the first day I arrived here [at Bethel] . . . I remember walking past this office, and I thought, ‘Oh these offices are pretty nice.’ Who knew that five years from now I’d be sitting in one of those offices!” she says.

Alipova, 22, was born and raised in Zaporozhye, Ukraine. She grew up attending Zaporozhye Mennonite Church, where her mother was a lay minister and her father was a custodian, both volunteering their time in addition to working and raising three children. Faith was an important pillar of Alipova’s upbringing.

She came to Winnipeg in the summer of 2015 to do MVS at the Carter Early Learning Centre, a daycare run out of Bethel, and at Camps with Meaning.

When she first arrived, she thought she had God figured out. “He’s in this small box with all these right answers,” she remembers thinking. “And I remember my first five months I felt like I had to protect that box, so that nobody would get in [and] plant any seeds of doubt in this little box.”

But being exposed to new perspectives prompted many questions. She says it was difficult to be 17 years old in a new country and questioning her beliefs.

At Christmas, she was talking with a friend about her many faith questions. He suggested that she study at Canadian Mennonite University (CMU), a place he thought would help her work through her questions. She enrolled at CMU in the fall and became a member of Bethel. She graduated this spring with a bachelor of arts degree.

“It was challenging, but now I see how that actually strengthened my faith a lot more,” she says. “I feel like now I can rest in his mystery, when before it was so hard to not know all the answers. I feel like a lot of young adults may be struggling with that not knowing, not understanding everything. But I think I became more comfortable with saying, ‘I don’t know,’ and that’s the beauty of it. God cannot be fitted in one box. . . . And I think CMU helped me to go through that process of opening my box and then critically assessing what’s in the box.”

After being a pastoral intern at Bethel twice through Mennonite Central Committee’s Summerbridge program, a summer internship for young adults of diverse cultural backgrounds to serve in their home congregations, she realized pastoral ministry gave her a lot of joy, hope and energy, and she wanted to continue this work.

She became Bethel’s interim associate pastor last September, and served in the part-time, one-year role while also being a full-time student. This year, on Sept. 1, she became the full-time associate pastor of children, youth, young adults and young family ministry.

This had never been her plan, though. Before crossing the ocean, Alipova’s plan was to return to Ukraine and become a mother, keeping a home and raising three children.

“All the girls in my family got married when they were 17,” she says. “So that’s what I saw and that’s what I wanted to do. . . . I think it’s also because of the cultural expectations in Ukraine. If you’re a female, you should stay at home, you probably shouldn’t work, your job would be to take care of the kids and your husband. There’s not many options.”

She certainly never thought she would work as a pastor. “I think, growing up, I never thought of it, because of the social pressure of females should not be in leadership positions,” she says. As a teenager, she felt she had to hide parts of her life from her friends because, when they discovered her mom was a pastor, they said vehemently that it was a sin.

Alipova says her mother was “such a great example in that time of discrimination against her,” seeing her stand up for what she believed in. “It inspired me. But then I’ve also seen my mom crying a lot of times because of that, and I just didn’t know if I could go through this.”

Being welcomed into ministry by Bethel for who she is—a young Ukrainian woman—inspired Alipova and gave her hope that she could have a future as a pastor. Despite the challenges COVID-19 continues to pose, she is excited for the opportunity to make deeper connections with the people in her congregation.

“Bethel became my family; friends became my chosen family,” she says. “A lot of support and a lot of hospitality, a lot of God’s love that was just shined on me through these five years has made Winnipeg my home.” 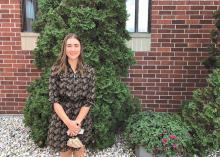 Valerie Alipova never imagined that one of the Bethel Mennonite Church offices would be hers when she first came to Canada with Mennonite Voluntary Service in 2015. (Photo by Nicolien Klassen-Wiebe)