Personal-care home will fill gap in care for seniors 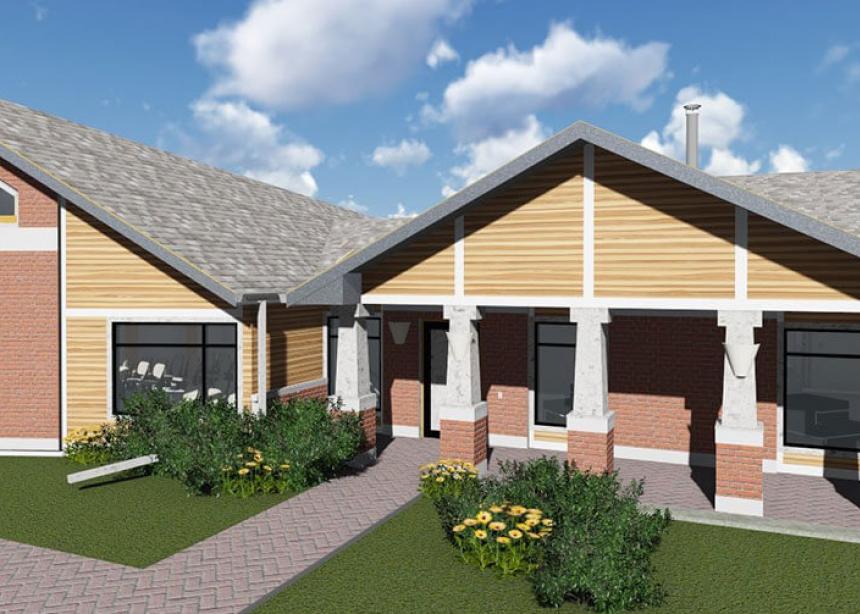 Joan Lemauviel recalls her aging father needing more care than he received with assisted living, yet not qualifying for long-term care. “He was falling through the cracks,” she says.

As administrator of Mennonite Nursing Homes, Lemauviel knows that her father’s experience is far from unique. “About eight to 10 years ago it became evident that people in assisted living who didn’t qualify for long-term care were really living at risk,” she says. “We were able to keep them in assisted living with increased homecare.”

While homecare workers could help residents with medications and bathing, they weren’t available around the clock, making the situation less than ideal. “We have been putting a Band-Aid on this for a long time,” she says.

But that situation is about to change. Earlier this year, the Mennonite Youth Farm Complex board of directors announced plans to build a personal-care home adjoining the existing facility. The new structure will contain 20 rooms, several of which could accommodate couples. Each room will have its own bathroom, while a centrally located tub room will be available for residents requiring additional assistance. Common areas will include a kitchen and dining area, a recreation space and a living room, as well as two fenced courtyards, allowing residents to sit or walk outdoors.

The new facility will also feature a small chapel, which will seat up to 40.

Lemauviel says the dream of building a chapel was first voiced four years ago at a strategic planning session. “We are a faith-based organization,” she says, “and we have an auditorium, but we don’t have a chapel.” The chapel will provide space for prayer and meditation for residents of all facilities, as well as for staff. Lemauviel envisions it being used for certain denominational services, for small funerals and for communion, while regular Sunday morning services will continue to be held in the auditorium.

Plans for the personal-care home were initially unveiled in 2016, but had to be tabled when the contractor’s price estimate came in much higher than that of the architect. Now, says Lemauviel, the market is more favourable, and “people are hungrier for work.”

Looking to trim expenses, the board hired a design company to rework the plans. While the building’s appearance will remain the same, board chair Armin Krahn says the revised plan will mean “savings in mechanical, electrical and foundational [areas].”

As the project is expected to cost $3.5 million, the delay also afforded much-needed time for fundraising. To date, says Krahn, $1.2 million of the needed $1.5 million in donations and pledges is in place. Since the board wanted construction to commence this spring, it decided to seek interim financing to cover the remainder, while continuing to raise funds. Additionally, the complex has applied for a $1 million mortgage from Abundance Canada. The remaining $1 million will come from the complex’s reserves.

Significantly, no provincial government funding is available for either building or operating personal-care homes, even though there is funding for assisted-living and long-term care. Lemauviel believes the government has intentionally left this gap in funding in order to encourage the proliferation of private, for-profit facilities. But, she says, these private homes are typically expensive, and many individuals needing this level of care cannot afford the cost.

Mennonite Nursing Homes, located on the grounds of the Mennonite Youth Farm Complex near Rosthern, Sask., is owned and operated by Mennonite Church Saskatchewan. In addition to being home to the Youth Farm Bible Camp, the complex includes a range of housing and care facilities for seniors. Country Gardens consists of eight independent living suites. Pineview Manor is an assisted living facility with 24 single and eight double rooms, providing residents with meals, housekeeping and laundry services, but no nursing care. The 68-bed nursing home provides 24-hour care for individuals with medical and mobility needs.

The personal-care home will complete the range of care available in the community and will be affordable, says Lemauviel.