A perfect spot for gratitude...on the farm 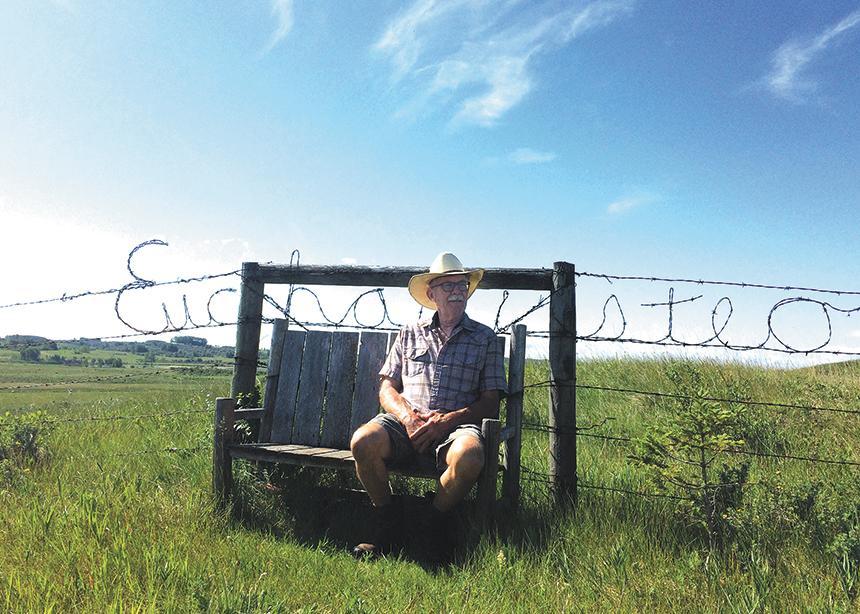 Growing up, I never wanted to be a farmer. It seemed like farm machinery always had precedence over a new couch, curtains or nice shoes. Then I met my husband Bob at Rosthern Mennonite Collegiate in Saskatchewan, and he wanted to be a veterinarian. Naively, I never thought this would involve farming, so I taught elementary school while he studied.

Later, we had three children and moved to a farm west of Calgary, where I’ve seen glimpses of God’s kingdom as I embraced the farming lifestyle:

• As a young parent, I discovered that 4H clubs provided our children with valuable life skills as they learned how to care for calves and present speeches, and made lifelong friends. Also, the summer daycare I ran for city children for a few years not only helped our children with university tuition, it also taught these youngsters about country living, and me to anticipate and laugh at surprises.

Like the day I asked a couple of the children to spend time with kittens who needed extra tender loving care. This was going well until our big white guard dog bounded onto the deck. The kittens bolted into the nearest tree and the children all had ideas as to what to do next. The most obvious to them was to call a fire truck, but I told them this would be very expensive.

Lo and behold, a short time later, a fire truck came down the driveway! In a stern voice I shouted, “Who called 911?” The children were wondering too! Then the door of the truck opened, and my older brother from Saskatchewan said he was en route home from Vancouver, where he’d picked up a new truck for his hometown. I thought I could feel God smiling.

• A few years ago, Bob and I read One Thousand Gifts: A Dare to Live Life Fully Right Where You Are by Ann Voskamp. With its emphasis on listing three things each day that make us grateful even when the going gets tough, it became a huge influence on our farm. For me, it resulted in a commitment to record 10,000 items of gratitude as the days went by. And just now I noted entry No. 7,853: “I’m glad I was able to serve as a substitute teacher in a Muslim school.” (My rough estimate is that I’ll be 73 when I record the 10,000th gratitude).

Meanwhile, Bob built a “gratitude bench” on one of the hills of our farm and wove the word eucharisteo (gratitude) onto the fence. He goes there almost every day to give thanks. Occasionally, I join him for a special time of enjoying the trees and flowers as we pray for our family, the church and the world.

• After 37 years on the farm, we’ve experienced many other blessings.

Most recently that included a visit from long-time friend Yvonne Johnson, an Indigenous woman who lives in Calgary, where she is courageously raising her teenage grandchildren after being paroled following 21 years of imprisonment for murder. On an earlier visit, she told us of her dream to build a sweat lodge to help her people. We said she could do that on our farm. And now, after a walk around the property to find the right place for this building project, she returned and told us, smiling widely, that she’d found “a perfect spot.”

Those words struck home. For I too have found a perfect spot in which to experience God’s kingdom in ways that only a farmer’s wife can. In such a setting, who needs more couches, curtains and shoes? 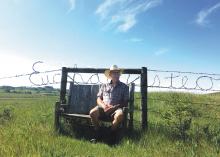