Pennsylvania Dutch a language with merit 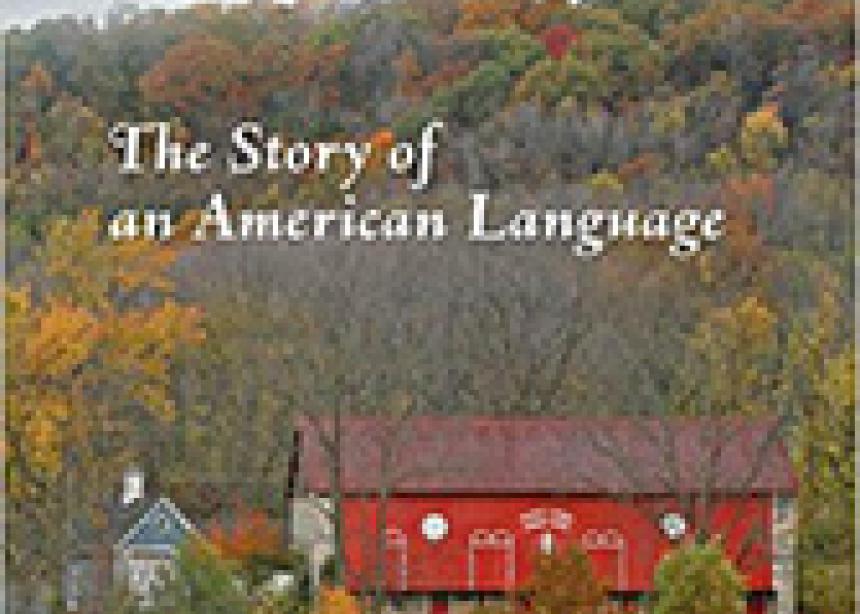 Louden is unequivocal in declaring that Pennsylvania Dutch originated in the German Palatinate, along the Rhine River. The Mennonites and other German immigrants brought their German dialect to Pennsylvania in the 1700s and it was widely used in eastern Pennsylvania not only by the Mennonites and Amish, but also by Lutherans and those in the Reformed tradition. Today, it has all but died out, except in traditionalist Mennonite and Amish communities, where it is thriving.

Two of the reasons Louden considers Pennsylvania Dutch a separate language are that it is quite different from European German and its vocabulary has changed over the centuries. Although the Mennonites and Amish have borrowed a number of English words, he argues that they are mostly ideas for which there was no word in 18th-century Palatine German.

“Pennsylvania Dutch is not ‘watered down’ by the borrowing of such words, but enhanced both in terms of the overall size of its vocabulary and the range of meanings its words can express,” he writes. Since the grammatical structure has not been changed, he argues that the language is not affected by the selective adoption of English words. Of course, these words are pronounced in a German way.

With the rise of tourism in Pennsylvania Amish country came the stereotype that speakers of Pennsylvania Dutch could not speak proper English and they used phrases such as “Throw the cow over the fence some hay.” Louden explains how this false stereotype emerged in the early 20th century and points out that the Mennonites and Amish have borrowed English words, but never confused the sentence structures of the two languages.

Since Pennsylvania Dutch was my first language, I found the book fascinating. Reading a scholarly account of its origins and development made me very sorry that I have lost fluency. I found the poems and writings very difficult to read and tended to skip to the English translation, confirming Louden’s comment that Mennonites are not accustomed to reading this language.

Although this is an academic book, and the casual reader may want to skim through parts of it, it is written in a very accessible style and provides good information about the Pennsylvania Dutch language.

I have a strong Pa. Dutch upbringing. Where and how can I get a copy of this book. Thanks CB

You can contact the publisher, Johns Hopkins University Press, or order the book through your local bookstore. This website has more information about the book: http://padutch.net/