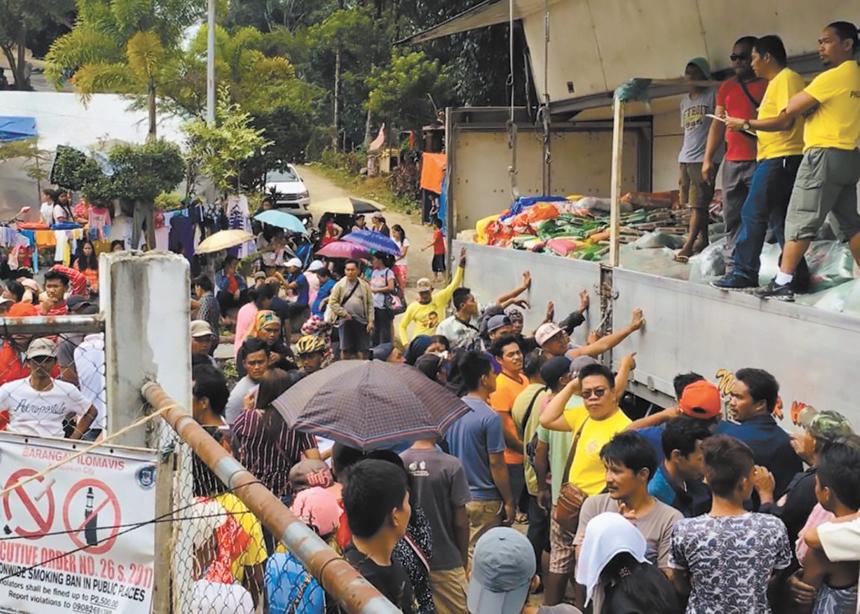 In the last half of October, the island of Mindanao in the Philippines experienced three earthquakes, one of which reached a magnitude of 6.6. According to a Nov. 11 report from the National Disaster Risk Reduction and Management Council, 24 people were dead, 535 were injured and two people were missing.

According to the Philippines government, 260,000 people have been affected by the earthquakes overall, with nearly 55,000 people temporarily living in 69 evacuation shelters and another 57,000 served outside of the shelters. A total of 37,519 structures were damaged, including around 36,000 houses and 1,400 schools.

Mennonite Church Canada Witness workers Dann and Joji Pantoja minister in the area and are safe, but they continue to feel aftershocks. They have been visiting different areas in their region and documenting the extent of the aftermath.

In an email, Dann said the Indigenous community is traumatized: “Their homes were destroyed. They had to evacuate from their lands, which were declared unsafe by government authorities. Their land is their life, identity and livelihood. . . . Now, they are not allowed to go back to their ancestral lands. They will be staying in evacuation sites indefinitely.”

Current daily challenges for the Pantojas, include focusing energy on relief and “short-term interventions,” rather than “development and long-term transformation.”

“We will have to suspend our Vision 2025 [their mission to have a peace-and-reconciliation team in each of the Philippines’ 81 provinces by 2025], which used to be Vision 2015, then 2020, due to a series of super-typhoons and all-out wars in the past decade,” he said, speculating, “Perhaps we’ll have to adjust again to Vision 2030?”

In a video posted on the Pantojas’ blog (waves.ca) on Nov. 4, Dann interviewed Davina Silyador, a Manobo woman from Sayaban who fled her home during a landslide caused by the earthquakes. “We were trapped from all sides,” she said. “Landslide, rocks coming towards us. . . . ‘Lord,’ I said, ‘if this is our end, please bring our families together. Whatever happens, please bring us together.’ Praise God, I was able to reach my family.”

In the video, Silyador took Pantoja into one of the evacuation site’s tents, where five families were taking shelter. He communicated that it was very hot in the tent and that there were no toilets yet.

In a Nov. 7 blog post from the Pantojas, photos showed people gathering to receive relief packs in the village of Ilomavis. Children gathered together and coloured on the cement floor. 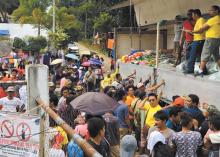 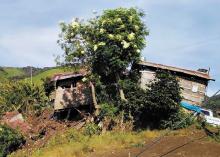 A home destroyed by the late October earthquakes on the island of Mindanao. (Peacebuilders Community Inc. photo)