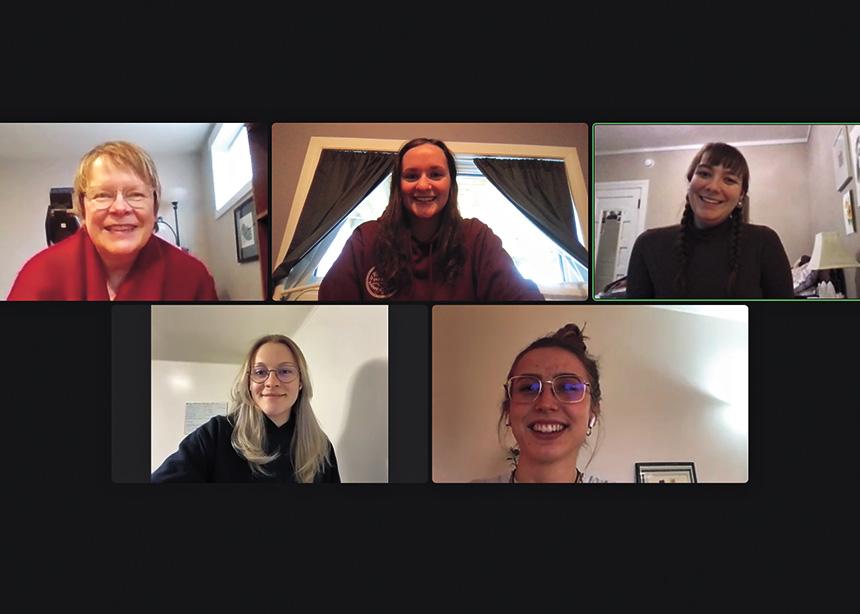 Anna-Lisa Salo, pastor of Bergthal Mennonite Church in Didsbury, has taken advantage of Zoom’s free 40 minute limit. Two years ago, she reached out to four young women from her congregation who were heading off to post-secondary institutions.

As it was during the beginning of the pandemic, Salo says she felt like she had lost an opportunity to connect with them: “I never had any real quality time with them other than a ‘Hello’ and ‘How are you?’ on Sunday morning.”

She decided to reach out to the four in an attempt to get to know them better. With the knowledge that young adults are tech literate, she started by asking if they would like to check in once a week for 40 minutes, as she didn’t have a Zoom account with unlimited time. Not entirely convinced that they would agree, she was surprised at the resounding “yes.”

The gatherings started on Tuesday evenings, beginning with the Prayer of Examen, a spiritual practice of reviewing the day, to retune the group to the sacred in ordinary life. Usually lasting 15 to 20 minutes, and practised in the evening, the prayer prompts individuals and groups to remember God’s presence, express gratitude, reflect on the day and prepare for the day to come.

Salo asked two important questions of her group each evening:

She did not place any obligations on the participants to continue but, as trust was built between the five, they insisted and the group continues to meet every week. Topics range from school, marriage and death, and everything in between.

The women started out as students; now they have jobs, are getting married and starting families. The group spoke of the joys and challenges that young adults face in life, asking questions, venting, listening, wondering, sharing and supporting one another.

“In our conversations, there is nothing off the table,” Salo says. “Now I have a deeper relationship with them.”

The virtual meetings became a safe space for the women to discuss whatever was on their minds and in their hearts without the threat of being judged. They said to Salo, “We never felt free to talk about this in a church setting.”

She began the group as a facilitator, not directing the conversation to any particular topic. “I knew it was working when I didn’t initiate, and there was care beyond Tuesday evening,” says Salo, who noticed the women reaching out to one another outside the group.

For those congregations that might want to replicate this model, Salo has some suggestions, based on her experience:

“Ultimately, have love and respect for one another and ask that they dig deep into their soul and spirit,” says Salo. “It’s a fine dance and I think it’s really needed. There has been a gamut of emotions that we have shared. We share deeply from the heart, and I will do this as long as they wish, until it has served its purpose.”

This article appears in the May 2, 2022 print issue, with the headline “40 minutes.” Do you have a story idea about Mennonites in Alberta? Send it to Jessica Evans at ab@canadianmennonite.org. 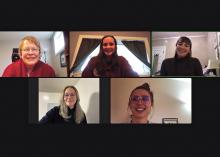