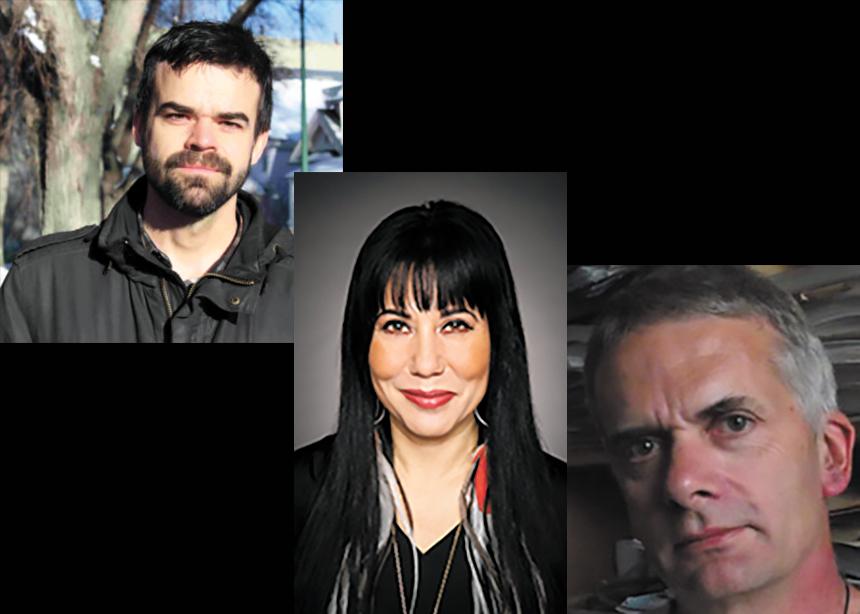 “Loose the chains of injustice . . . set the oppressed free and break every yoke.”

These words from Isaiah are not confined to dusty village squares thousands of years ago—they speak to us today.

They compelled David Driedger, associate minister of First Mennonite Church in Winnipeg, to organize a panel discussion on the church and the question of guaranteed income for all.

The pandemic has thrown into sharp relief the failings of economic systems and the suffering that many people experience daily, and basic income proposals have been regaining popularity as a result.

Between 400 and 500 people attended the virtual event on March 24, which was sponsored by Mennonites, Anglicans and the United Church of Canada. It featured speakers Leah Gazan, MP for Winnipeg Centre; and John Clarke, a Toronto-based anti-poverty activist.

The event was called “Break Every Yoke,” after the Isaiah text. The passage calls these bonds of oppression, namely poverty, hunger and homelessness, forms of abuse, not moral failings.

In fact, the whole Bible is clear on this point, according to Driedger. “Of all issues, the Bible seems most consistent and thorough on matters of justice in relation to poverty and inequality,” he said, beginning the event with theological reflection. The prophets condemn unjust gain, food is distributed equitably in the wilderness, the apostle Paul pleads with churches to allocate wealth fairly, Jesus proclaims good news to the poor. “That Christians are to embrace and seek justice in the face of poverty is clear,” Driedger said.

Christians are also called to act because “the church cannot avoid being political,” he said, referring to matters larger than partisan politics. They are being political when they pay taxes, carry citizenship and obey laws. So they must ask how they can act upon this theological call in this current reality that millions of people in Canada live in poverty.

They cannot understand poverty without considering the ongoing impacts of racism, colonialism and the dispossession of Indigenous land and people, said Gazan, claiming that the capitalist system that arrived with the European settlers values humans only for their work. It disproportionately discriminates against Black, Indigenous, people of colour, the elderly, and people with disabilities and mental illnesses. In Winnipeg, 70 percent of the unsheltered community is Indigenous. “Poverty is a very violent human rights violation,” she said.

Gazan said that politicians picking and choosing which human rights to support is unacceptable. She said that Canada needs an all-encompassing solution to poverty, like Motion 46, which she presented to the House of Commons last summer. It calls for the government to convert federal pandemic funding into a permanent guaranteed liveable basic income.

A study done in Dauphin, Man., in the 1970s, showed that, with a guaranteed liveable basic income, people became healthier, more students graduated from high school, spending in healthcare decreased and people remained motivated to work. When people are cared for, they not only survive but thrive with dignity, the report concluded.

While Clarke shared Gazan’s goal of ending poverty, he opposed a guaranteed liveable basic income. He made the case that a basic income would cause cuts to publicly funded social services and take the pressure off employers and government to raise the minimum wage. Instead of spending billions in cash payments, he said that strengthening social programs is the answer. Employers must pay living wages and governments must increase supports like health care coverage and disability benefits, he said.

As the speakers shared their contributions, participants engaged in lively discussion through a constant stream of comments and questions in the Zoom and YouTube livestream chats.

Although Gazan and Clarke disagreed on how to implement supports, they agreed that Canada’s current economic structure must change and action needs to happen now.

“I think we can think in very bold terms about the demands we put on the table,” said Clarke.

“I don’t think human rights should be up for debate. I don’t think it’s partisan,” said Gazan. “It’s time to stop making excuses for ending poverty.”

So how can the church act? Driedger said Mennonites can support the extensive work the Anglican and United churches have done around basic income. He has had a few preliminary conversations about starting a working group on poverty within Mennonite Church Manitoba and he hopes to pursue that further.

This article appears in the April 12, 2021 print issue, with the headline “Break every yoke.” Do you have a story idea about Mennonites in Manitoba? Send it to Nicolien Klassen-Wiebe at mb@canadianmennonite.org. 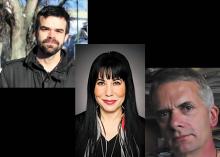