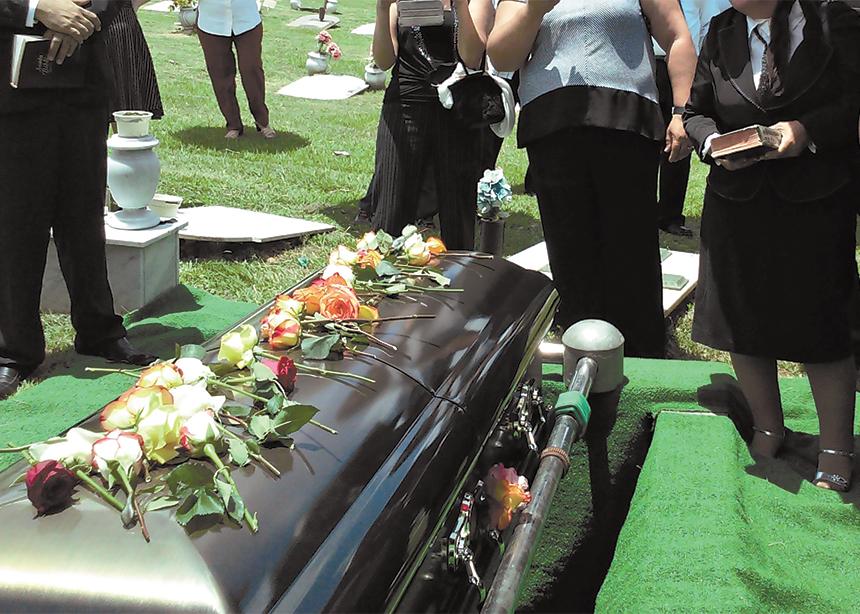 (Photo by Rhodi Lopez on Unsplash)

By everything that is right and good, Helen Penner's life should have been celebrated with singing.

Singing was a passion for her and her late husband John, and they ensured their eight children found their melodic voices at an early age. The kids grew up singing in church, blending their voices in the four-part harmony that is traditional at Douglas Mennonite Church in Winnipeg. The gift was passed from generation to generation, and Helen and John's 23 grandchildren and 18 great-grandchildren were also encouraged musically from a young age. Old enough to talk, old enough to sing your part.

When Helen passed away on Nov. 14, there was only silence where singing should have been. Pandemic restrictions muzzled her family and friends, preventing them from gathering to pay their respects in the way that would be most fitting.

The Penner clan is certainly not alone in its powerlessness to grieve properly. Approximately 900 people die in Manitoba every month, from a variety of causes, and each deceased person has a circle of family and friends who are now prevented from coming together to process the loss.

Death rituals of all different cultures and faiths vary in many ways, but all involve family and friends uniting in person to grieve collectively and find strength in each other. It's as if the death of someone close to us is too big a blow to absorb alone.

Manitoba’s current ban on in-person gatherings of more than five people has prompted some alternatives, such as livestreaming religious services and sending virtual condolences, but those makeshift substitutes are cold comfort compared to sharing real hugs and real tears.

The Penners have given me permission to write about Helen, using their family as a reminder of what is lost when communities can't be allowed to gather to say goodbye to a loved one.

Before entering the sanctuary, mourners would have had opportunity to console Helen's large family in the foyer with handshakes, hugs, murmured words of support and shared sobs.

People, mostly dressed in black, would have arrived at least 30 minutes early to get one of the 370 places in the sanctuary—they would come early even though they knew wooden pews get uncomfortable after long sitting—because they didn't want to be among the latecomers relegated to the basement, where the overflow crowd could only watch the funeral on a video feed.

The funeral would have started when the coffin bearing Helen's body was wheeled slowly to the altar, with her immediate family walking solemnly behind to the pews reserved for them at the front of the church. A few family members would have spoken from a microphone at the front, recounting Helen's life story. A pastor would have preached a message of hope and gratitude for Helen's life.

The funeral and its intricate customs would have been of no benefit to Helen, of course. She has already transitioned to the destination she had long anticipated. The ceremony and the display of communal support were all aimed at her family and friends.

The American cultural anthropologist Ernest Becker, author of the 1974 Pulitzer Prize-winning work, The Denial of Death, said a vital role of culture is to help us deal with death. He said, “[T]he basic motivation for human behaviour is our biological need to control our basic anxiety, to deny the terror of death.”

Yes, gatherings must be banned to stop the spread of COVID-19. But some of us rue the necessity of denying Manitobans our traditional ways of confronting the terror of death.

This opinion column was published Nov. 28 in the Winnipeg Free Press, where the author works as a senior copy editor. Reprinted with permission. 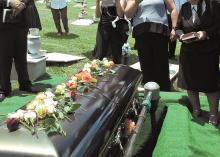 (Photo by Rhodi Lopez on Unsplash)