Observations from a learning tour 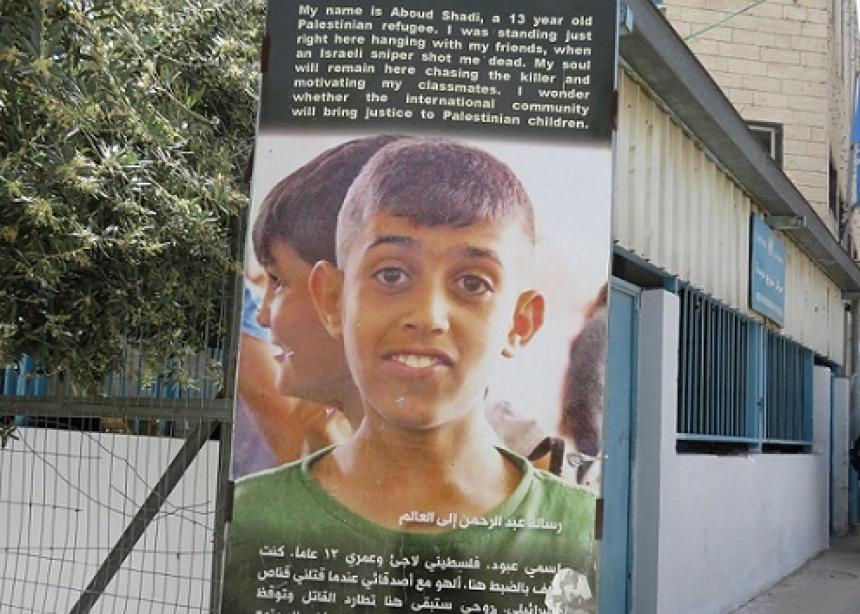 On May 24, 2017, we returned from a two-week learning tour of the West Bank and Israel, sponsored by Mennonite Central Committee (MCC). We were two among eleven participants, mostly from Mennonite churches and MCC staff in British Columbia.

The tour included visits to holy sites, but it focused on visits to MCC’s partners working for peace in the West Bank and Israel. A recurrent theme for these groups is the needs of children.

One of the groups MCC funds is the Lajee Centre, which works with children and youth in the densely populated Aida refugee camp on the edge of Bethlehem. The olive grove in which children used to play has been expropriated as a security buffer zone around a Jewish holy site, Rachel’s Tomb, so the Lajee Centre provides other recreational venues for the camp’s children: a rooftop playground, a library and various arts lessons and activities.

Surrounding the camp are a wall and several watchtowers manned by soldiers of the Israeli Defense Forces (IDF), mostly teenagers doing their mandatory military service. We were shocked by video footage of tear gas canisters being fired from the watchtowers into the playground, leaving small children scattering, and screaming in fear. Clearly 4- and 5-year-olds pose no security risk; we were told these actions are intended as provocations and intimidation.

On our tour of the camp, we found rubber bullets on the streets. We heard how these, and sometimes live ammunition, are randomly fired into the camp. In 2015 a 13-year old boy was killed, and the soldier responsible was never prosecuted.

Another MCC partner we visited was Military Court Watch (MCW), an organisation founded by a group of lawyers whose primary activity is to monitor the detention of children and youth who have been prosecuted under “administrative detention.” Established in 2013, it “monitors, litigates, advocates and educates in the region and beyond” on the basis of international law.

One of MCW’s lawyers, Gerard Horton, explained the challenges Palestinian communities encounter with the military police. In 1967, the military police were established to protect Israeli settlers from the Palestinian population, but according to Horton, their primary methods are intimidation and child detention. On average, the police arrest 1,400 children each year, primarily for stone throwing and protesting. Every child who is arrested lives within 2 km of an Israeli settlement.

Children are interrogated without parents or a lawyer present. Many are recruited, through intimidation, to be informants, which creates huge mistrust within communities. The conviction rate is high (95 percent in 2015), and children are taken out of the West Bank to prisons in Israel, in violation of international law. The average sentence is four to six months; parents are also fined, usually around US $300.

We also met with a member of SAWA, an organization that “combats all types of violence and abuse against women and children.” The spokesperson told us that arrests of children are generally made at night, the police arriving at the family home around 2 a.m., banging loudly at the door. The rationale for this tactic is that the youth are likely at home; it also creates a sense of disorientation and terror for the families and the neighbourhood.

Children return from prison traumatized, unable to eat or sleep, often ostracized by their peers for fear that they may have become informants; many drop out of school. The effect on the family is profound: fathers feel ashamed and guilty for not protecting their children, and mothers become extremely fearful and depressed.

We came back from the tour with renewed interest in doing what we can to work against these and other injustices we observed. Aside from Jesus’ call to be peacemakers and to work for justice, the violation of international law in one part of the world erodes the efficacy of that law for everyone.

The Palestinian children need someone to speak for them.

Henry Krause has been pastoring Langley Mennonite Fellowship for the last 28 years and is retiring at the end of June. Edith Krause is an adjunct faculty in Art and Design at Trinity Western University. They live in Langley, B.C.

For more on this subject see:
The view through a prison keyhole
Muddying the waters on Israeli divestment
What would you risk for peace?
Don’t interrupt me
Broadening our prayers
Three stories of throwing
Working group tackles tasks of advocacy on Palestine and Israel 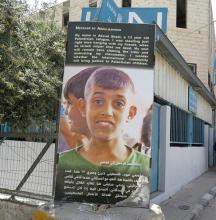