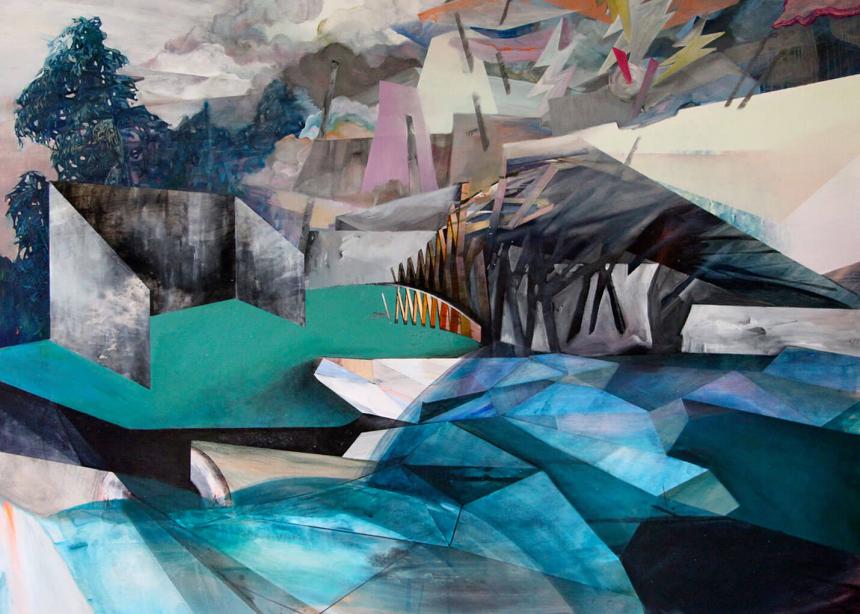 For Winnipeg artist Megan Krause, painting is a process of problem solving.

“I never plan a piece ahead of time. Not anymore, anyway,” the 32-year-old says. “It’s all intuitively done.”

Krause starts her paintings by playing and experimenting with how to apply the paint, dripping here and splattering there to see what happens. Then she begins to shape the painting.

“I try to tap into a more childlike imagination when I’m starting a painting, and as it evolves I start to resolve it more technically,” she says. “[Later] I’m thinking about composition, and where the eye travels, and the colour palette.”

Krause’s latest exhibit, Fertile Ash, opened at the Mennonite Heritage Centre Gallery in Winnipeg last month and is on display until Jan. 21. The exhibit features about 20 works that combine India ink, watercolour, acrylic and oil.

The paintings reflect Krause’s personal narrative, but they also address a long-running theme in her work: the environment and what it means to be good stewards in light of a growing population and rising global temperatures.

Krause says that “anxiety over the future of our planet” draws her to exploring environmental themes. Before earning an honours degree in fine arts from the University of Manitoba (UM), Krause graduated from Canadian Mennonite University (CMU) with a degree in international development. Studying international development sparked her interest in the environment and human ecology.

Her early work is more explicit in its handling of these subjects. Krause describes them as “case studies about resource management. It was important to me that my knowledge [from CMU] wasn’t lost,” Krause says. “I didn’t want to make superficial art. I wanted it to be somewhat political.”

At the same time, her art professors at UM pushed her to be more abstract in her work. They emphasized considering how to create a piece that will keep the viewer looking at it for more than five seconds. “I learned not to be so precious with my paintings, and to take real risks,” she says.

Krause grew up in Winnipeg and Saskatoon, where her family attended Fort Garry Mennonite Fellowship and Wildwood Mennonite Church, respectively. She was exposed to art at a young age. Her mother is a landscape painter, and Krause saw her paint commissioned works for family and friends, as well as create banners and backdrops for church.

Krause teaches drawing, painting and mixed media at CMU’s Community School of Music and the Arts, and at the Winnipeg Art Gallery Studio. Over the years, she has received the inaugural Nellie McClung Arts Legacy Award, as well as the Canadian Society for Civil Engineers Emerging Artist Award. She was also a finalist for the Salt Spring Island National Art Prize in October 2015.

After spending a year-and-a-half alone in her studio working on Fertile Ash, Krause is happy that people can now see it. She emphasizes that there are infinite ways to interpret her work, and all of them are valid.

“I hope [people] can come to my work realizing there is no literal read. There are infinite reads, and I really enjoy hearing other people’s [interpretations] and what they see,” she says. “[People] shouldn’t be intimidated. You bring your own experience to a painting. If everyone can relate to it in a different way, I think that’s what makes it successful.” 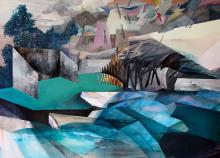 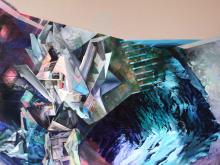 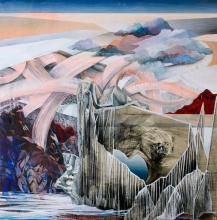