He was known as southern Africa’s Billy Graham.

His name was Nicholas Bhengu, and he was an evangelist with the Assemblies of God in South Africa from the 1940s until his death in 1985.

Jonathan Bonk, a member of Fort Garry Mennonite Church in Winnipeg, Man., is on a mission to change that.

In 1995 while a professor at Manitoba’s Providence College, Bonk started the Dictionary of African Christian Biography to collect, preserve and make freely available online the previously unrecorded biographies of African Christian leaders like Bhengu — and the many thousands of others vital to the growth of the church there.

“There are lots of stories of Western missionaries, but not of the Africans they worked with, who did much of the work and who carried on after the missionaries went home,” said Bonk, 72.

Books about the church in Africa were no better; they contained lots of information about Western Christians who worked there but little about Africans.

“The stories of these key people were not being told. They had no voice,” he said. “They have amazing stories.”

Bonk doesn’t blame the missionaries for failing to record the stories of their African colleagues. The times, he said, were different. They didn’t have the skills, and they were too busy writing about their ministries in order to raise funds from back home.

Today, the Dictionary has grown to 3,000 entries, with about 150 new biographies added each year. Bonk estimates there is a backlog of more than 500 stories waiting to be published.

Bonk’s work is supported by an advisory council of 12 people from Africa. All the work is done by volunteers; it costs about $50,000 a year to keep it going, including an annual gathering of the council in Africa. The funding comes from foundations and individual donors.

“It’s not perfect,” Bonk acknowledged, noting the “quality of work overall is varied.” But he doesn’t want to get bogged down in scholarly debates about the style or methods of research.

“I just want to get the stories down,” he said. “The second generation can worry about the veracity. This is the best we can do right now.”

So far, the process “has worked pretty well,” he said. He wants to publish more stories of female leaders, along with stories of musicians, because “music is so integral to Christianity in Africa.”

Bonk left Manitoba in 1997 to direct the Overseas Ministries Study Center in New Haven, Conn. While there, he continued his work on the Dictionary. Now retired and living in Winnipeg, he supervises it from his home.

One thing Bonk wants to emphasize is that the Dictionary isn’t just for African Christians. North American Christians should also visit the site to read about the “raw power of the gospel to transform hopelessness into hope in people’s lives.”

The stories, he goes on to say, will also remind North American church members that “we are part of something much bigger than ourselves and that we have things to learn from Christians in other countries.”

Visit the Dictionary of African Christian Biography at dacb.org.

John Longhurst, of Winnipeg, Man., is director of resources and public engagement at Canadian Foodgrains Bank. This piece appeared originally in the Winnipeg Free Press. Used with permission. 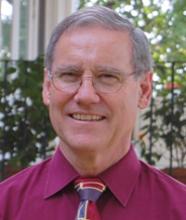