On the outside looking in 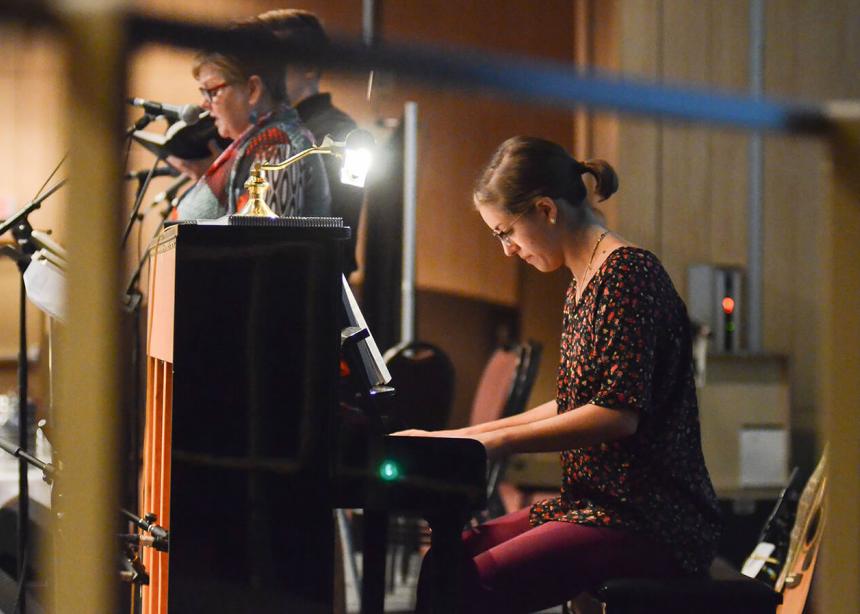 “Three people in their early 20s—a Catholic, a Mennonite Brethren man and a United Church member—walk into a Mennonite Church Canada assembly.” It may sound like the set-up to a joke, but it’s exactly what happened last month.

Although they do not belong to MC Canada congregations, Catherine Richard, Nick Czehryn and Matthew Dyck each travelled from their homes in Winnipeg to Saskatoon to participate in Assembly 2016. For each of them, it proved to be a meaningful experience.

Richard attended because she was asked to play piano with the worship team that led the congregational singing. And the prospect of witnessing the Being a Faithful Church (BFC) and Future Directions Task Force discussions intrigued her.

“In the Catholic Church, big decisions aren’t made in this manner, so I haven’t experienced a church making decisions in that type of communal way [that involves] all the lay people,” said the 21-year-old who attends Our Lady of Perpetual Help Roman Catholic Church. “That was very neat to see. It was very inspiring.”

For Dyck, who attends Fort Garry Mennonite Brethren Church, attending the assembly was the culmination of a semester spent studying the Task Force’s work. The 22-year-old, who studies at Canadian Mennonite University, wrote a paper for a sociology class this past spring for which he interviewed six MC Canada pastors and explored the cultural conditions that have led to the Future Directions discussion.

“It was about hearing how pastors are talking about the way they work and the way that the [wider church] is working, and using that to analyze the connections from culture into [MC Canada],” said Dyck, whose friend Nick Czehryn convinced him to go to assembly.

“I’m close friends with Matt so I kept tabs on his project,” Czehryn said. “When he presented, I found it really interesting. . . . I thought it would be nice to go [to Saskatoon] and see how it plays out.”

Czehryn, 22, has had a truly ecumenical upbringing. He was born into the Catholic Church, but his family joined a United Church of Canada congregation when he was 7. He grew up attending and working at a Lutheran summer camp, and studied at a Mennonite Brethren high school.

“I’ve always been fascinated with how the different denominations make the decisions that they do—how they come to those conclusions, and how those [conclusions] impact the people who attend the churches,” he said.

He was particularly interested in the BFC discussion because he was too young to participate when the United Church of Canada affirmed that human sexuality, including homosexuality, is a gift from God. This led to the United Church becoming generally accepting of homosexual members. In 2012, the church elected Gary Paterson, an openly gay man, as its moderator.

“We’re at a very different place,” Czehryn said, adding that he thought the BFC vote, which resulted in delegates voting in favour of creating space for congregations to differ from one another when it comes to same-sex relationships, would be closer than the actual 277 “yes” votes, 50 “no” votes and 23 abstentions.

Czehryn was also struck by the tone of the conversations leading up to the vote. “People seemed to really want to respect other people’s opinions,” he said.

Dyck is interested to see what happens next, particularly with the church’s Future Directions. What form MC Canada takes in the future will depend on the commitment and involvement of lay people, he said: “These new structures, whatever they are, are not necessarily going to work. It’s going to take that commitment to be volunteering, to be funding it, to be assisting it in doing what [the wider church body] has mandated it to do.”

The level of engagement at Assembly 2016 showed promise, they said, with Richard describing the atmosphere there as one of excitement. “Even with [their differences], everyone was there,” she said. “They weren’t in their homes mulling it over or being passive. There was a real desire to participate.” 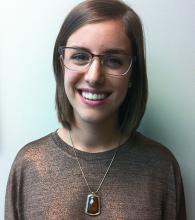 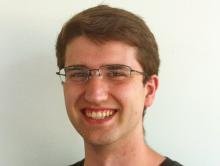