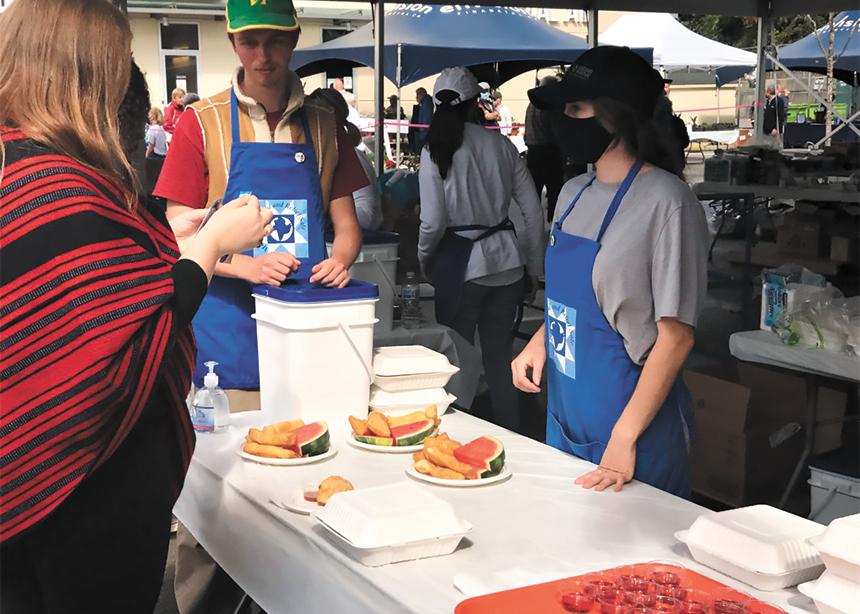 Volunteers dish out watermelon with rollkuchen at the MCC B.C. Festival for World Relief. (Photo by Amy Rinner Waddell)

The parking lot of the Mennonite Central Committee (MCC) Centre on Gladys Avenue was filled with 400 volunteers and thousands of attendees on Sept. 18 for the annual MCC B.C. Festival for World Relief.

This year’s in-person celebration was a welcome contrast to last year’s in the midst of the pandemic, where festival- goers could only drive through the parking lot to pick up pre-ordered food. Originally planned this year for its usual indoor location of Tradex convention centre, the festival had to be moved to the MCC parking lot when Tradex became unavailable.

Sunny weather prevailed despite heavy rains in the days leading up to the event and the forecast of rain all day. The outdoor location in downtown Abbotsford also proved to be advantageous for other reasons.

“We had a lot more attendees that were unfamiliar with the festival, and some stopped by just because they noticed the big tents in the parking lot, which was great for engagement and spreading the word on MCC’s work,” says Katie Kowalchuk, MCC B.C. communications coordinator.

Although some things such as craft vendors, quilt sales, and a stage for auction and entertainment were missing, attendees could still enjoy a bake sale, plant sale, Ten Thousand Villages sales and a variety of food booths. Children’s games and a bouncy castle provided entertainment for the youngsters.

“We raised over $950,000 and counting towards our work supporting the uprooted and vulnerable around the world and here at home,” reports Kowalchuk. “We are so thrilled, and grateful to the many supporters who continue to support MCC’s work. We really are changing lives together!”

A cycle-a-thon also was a great success on Saturday morning, with 61 riders leaving from Mt. Lehman Winery for the 20-kilometre and 50-kilometre rides. Over $247,000 has been given and pledged to support MCC’s emergency food project in South Sudan.

“A generous MCC supporter led a drive that raised $500,000 as a matching fund for this year’s festival cycle-a-thon,” reports Jet Takaoka, MCC B.C. advancement director. “While they wish to remain anonymous, we are very grateful for their generosity and grateful that they invited other generous people to participate as well.”

Wayne Bremner, MCC B.C. executive director adds, “Personally, I was delighted to see so many people come out to the festival and was also very much encouraged by the cyclists and those who raised funds and donated to support MCC’s efforts to address severe hunger in South Sudan. The staff and volunteers did a great job and managed to host thousands of people in our parking lot. It was good day.” 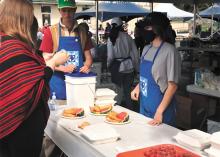 Volunteers dish out watermelon with rollkuchen at the MCC B.C. Festival for World Relief. (Photo by Amy Rinner Waddell) 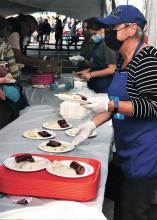 Plates of vareniki with sausage and gravy were a popular choice for attendees at the MCC B.C. Festival for World Relief on Sept. 18. Thousands attended the event on the MCC Centre parking lot. (Photo by Amy Rinner Waddell)

My brother and I took mom to the annual festival and it was great - yes the sun indeed came out as if to bless this sacred event.

And the vereneki were good too ;)