‘Our blood can change things in your country’ 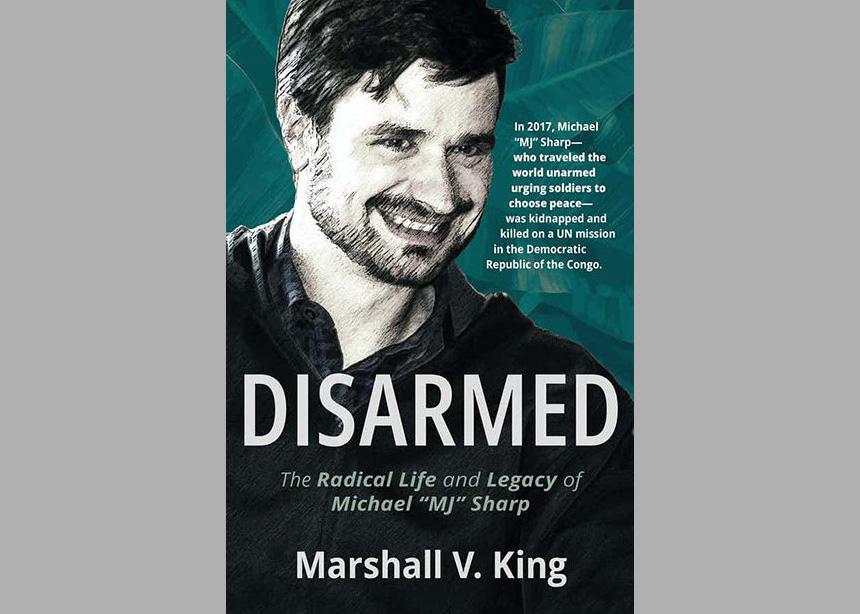 Disarmed: The Radical Life and Legacy of Michael ‘MJ’ Sharp

MJ Sharp, a young Mennonite peacemaker from the United States, was killed in the Democratic Republic of the Congo five years ago. This book by Marshall King explains not only how and why he died, but it also tells the story of his remarkable life.

Although Sharp was not working for Mennonite Central Committee (MCC) at the time of his death, he was familiar with that remote area of the Congo specifically because of his MCC assignment there. Between 2012 and 2015, Sharp coordinated MCC’s work in the eastern Congo, working through the Congolese Protestant Council of Churches, primarily helping displaced people, supporting victims of violence and encouraging armed groups to demobilize.

Sharp was very effective in his work, and during his years in the Congo MCC exponentially increased its funding. He was highly respected by the local people; he worked hard to speak their language and he never asked for special favours as an expat. He ate what the locals ate and lived as they did. He found ways to listen and talk to warlords, never hesitating to ride a motorcycle on bad roads to do so.

An American diplomat working in eastern Congo came to realize that Sharp had a unique and valuable perspective on the conflict in that remote part of the world. When group leaders sat down together, Sharp’s experience meant that he understood the cultural differences between the various groups. He became highly respected not only by diplomats, but also by representatives of the UN Security Council.

Marshall King writes, “MJ was a calming force, interpreting and communicating to bring the groups together. He knew the nuances.”

It was Sharp’s experience in talking to rebel groups that made him invaluable to the UN Security Council. At the time of his death, he was working as part of the UN Group of Experts investigating crimes and human rights abuses. Although there is no concrete proof, Sharp’s biographer strongly suggests that his death was orchestrated by Congolese government forces, perhaps to hide what he was investigating.

A young Swedish woman, part of the investigation team, was travelling with Sharp and was also killed. One chapter of the book tells her story.

Intrigued by gadgets and technology, Sharp valued having a powerful computer and fast internet connection. He was intelligent and articulate, and some of his friends believed he could talk his way out of anything. As well as English, he was fluent in Spanish, German and French, and he was working on Swahili at the time of his death.

After living an adventurous life in Costa Rica, Germany and the Congo, Sharp found it difficult to find his feet while living in the U.S. He preferred to live in a remote part of the world where he could make a difference by reducing violence. He told a Congolese friend, “If they kill us, which can also happen, no problem. Our blood can change things in your country.”

The author, who is an adjunct professor of communication at Goshen (Ind.) College, interviewed more than 100 people to collect the information for this biography. He presents Sharp as an unconventional but very charming person who followed his passion for peacemaking. 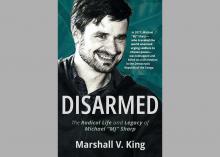 Disarmed: The Radical Life and Legacy of Michael ‘MJ’ Sharp