Seeking a just and peaceful future 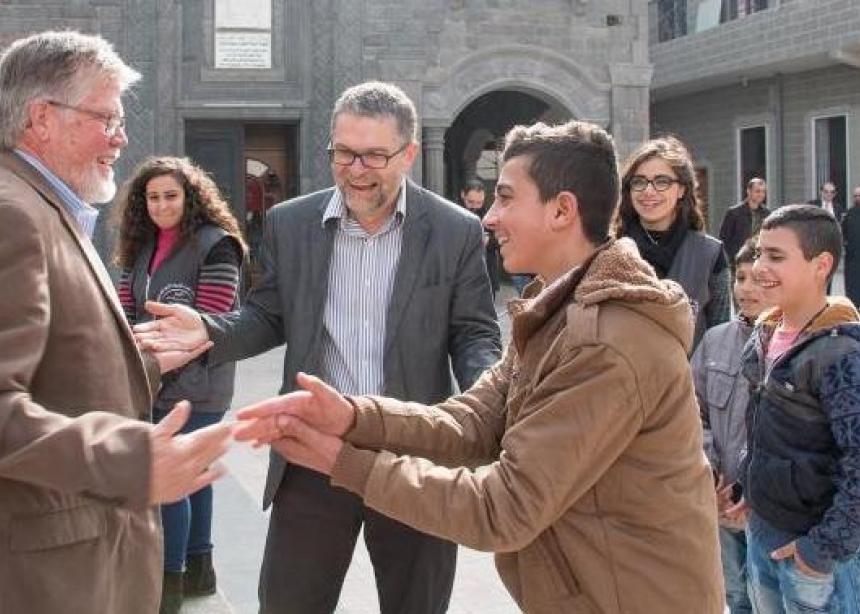 In February, we were part of a Mennonite Central Committee (MCC) delegation to Syria, including Damascus, Homs, Hama and Aleppo. We witnessed the devastation of war and heard testimonies of faith from people who have been living in difficult circumstances now for seven long years.

“You have suffered with us and rejoiced with us,” one of our partners told us. Said another: “Your presence with us is a sign of hope that God is not far from us.”

From our Syrian partners we hear clearly that the horrors of this war are being perpetrated by armed actors on all sides. We strongly decry all violence, including air- and ground-based strikes, shelling and sieges of civilian areas.

We are also keenly aware of our own governments’ roles in the conflict. Canada and the U.S. are part of the Global Coalition to Defeat ISIS that was formed in 2014, and the U.S. has carried out thousands of airstrikes, maintains about 2,000 troops in Syria and provides support to various opposition groups.

We call on our governments—and all parts of the international community who are involved in the conflict—to immediately cease all military involvement in Syria.

Rather than fuelling the flames of violence, we call on our governments to urgently support diplomatic efforts to bring an end to the war and to provide generous humanitarian assistance for those who are in need.

MCC is committed to continuing to partner with Syrians as they seek a just and peaceful future. MCC supporters have already been generous, but we ask you not to stop helping now. Contributions can be made at www.mcccanada.ca/syria-iraq.

And we encourage you to contact your elected officials. More information can be found at www.mccottawa.ca.