‘Numbers people’ are worth their weight in gold 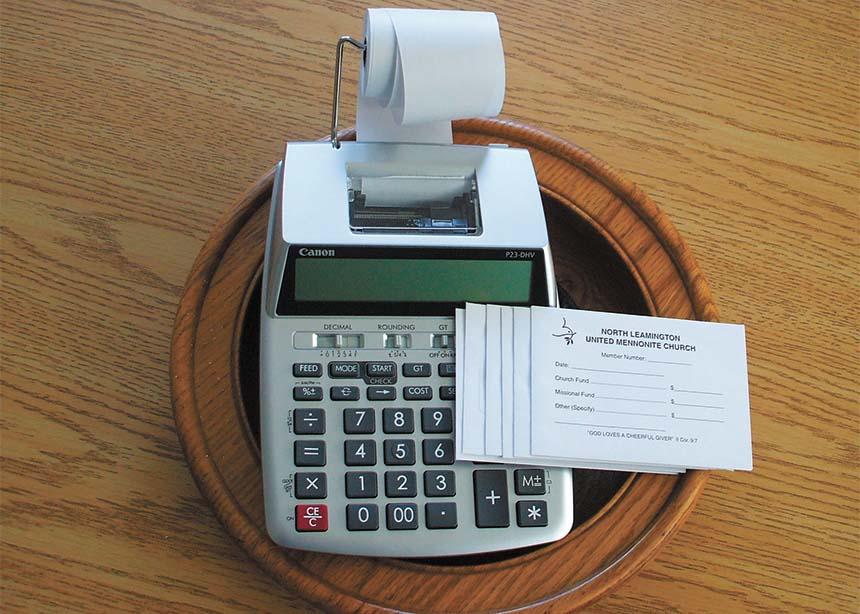 Tallying up deposits and withdrawals, monitoring budgets and submitting forms, the ‘numbers people’—treasurers and bookkeepers—toil in basement corners and home offices, month in and month out. (Photo by Susan Klassen)

Every church has a plethora of creative ministries, but a couple roles will show up everywhere.

Tallying up deposits and withdrawals, monitoring budgets and submitting forms, the “numbers people”—treasurers and bookkeepers—toil in basement corners and home offices, month in and month out. Without these roles being faithfully administered, a church will be financially unviable, and risk its charitable status with the Canadian government.

A small church might have one volunteer serving both roles; another congregation might give the bookkeeping portion of the role to a paid staff member. In some contexts, the treasurer role is very significant, in others it is smaller.

In most instances, these roles are faithfully executed behind the scenes, with little pomp and circumstance. In all cases, they are worth their weight in gold, whether the limelight is on them or not.

Brenda Klassen took over the treasurer role at North Leamington United Mennonite Church in January. She had previously held the treasurer’s role 10 years ago, when her children were still at home.

“There aren’t that many people in the congregation who can do it.” she says. “Many people have no interest in the financial part. For me, when we’re done with the financial part at the [annual general meeting], I can go home. My daughters don’t like math. They don’t want to deal with it.”

David Papke of Harrow (Ont.) Mennonite Church, has been the volunteer bookkeeper and treasurer for more than two decades, and it is unlikely that anyone is stepping up anytime soon to fill his shoes. He understates the value of his role, saying, “It’s not that big a deal, really.”

Brenda, an experienced bookkeeper in private business, estimates the treasurer’s role takes less than an hour in a typical week, but there is a surge every now and then, especially at year-end and in tax season. “If I work at keeping up to date during the year, the year end should be easier,” she says.

At North Leamington, the day-to-day work is handled by Susan Klassen, the church administrator, who probably puts in half her time towards the numbers work. Susan and Brenda are confident in each other’s work.

Treasurers typically also sit on a church council, attending monthly meetings and giving leadership at the annual general meeting, staying in the loop on what’s happening in the congregation.

Brenda’s least favourite part is giving the presentations. “I’m a numbers person, not a word person,” she says.

Susan has been the administrator at North Leamington for more than 16 years. “It’s my job to keep a close eye on the accounts,” she says. “It’s my job to see it, to know what’s coming up, and if we’re going to be okay.”

The most stressful elements, particularly post-COVID-19, is keeping track of the many varied ways that donations come: e-transfers, pre-authorized debit, cheques mailed to the church or deposited at the credit union, in addition to what may be left in the collection plate in the sanctuary, now that some people are meeting in person.

For Marlene Schmidtgall, who recently assumed the role of bookkeeper at Leamington United Mennonite, there’s a lot to learn, but numbers work is relaxing in its structure. The role has opened her eyes to what’s going on everywhere in the church. “A lot of people put a lot of hours and a lot of thought into the work of the church,” she says, noting, “A good treasurer is gold.”

Some can carry stress about the financial health of the congregation, but a healthy perspective develops over time.

In a farming community in Essex County, the treasurer monitors the lean months early in the financial year, anticipating the richer season of giving at the end of the year, when the harvest comes in.

“I’ve grown up knowing that’s how it works,” Brenda says. “So many were farmers, and you gave in fall, because that’s when you have the money.”

If anything, the bookkeepers’ and treasurers’ time with the numbers has taught them to trust in God. “God provides,” they say.

“I try not to remember and just stick to the numbers,” says Schmidtgall. “Honestly, there’s just too many numbers to keep track.”

One way that the churches give back to their “numbers people,” particularly the bookkeepers and administrators, is through Mennonite Church Eastern Canada’s annual Administrator’s Day, a highlight for Schmidtgall in her first year.

Says Susan: “They understand and realize what we do for the church, and give us support. We are a singular sort of people in the church setting. Many times we work unnoticed and alone, sometimes in a corner of the church basement. We don’t necessarily get to work with a team. Here, we can learn from each other. . . . There are experienced people helping the new ones.” 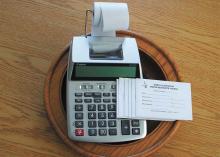 Tallying up deposits and withdrawals, monitoring budgets and submitting forms, the ‘numbers people’—treasurers and bookkeepers—toil in basement corners and home offices, month in and month out. (Photo by Susan Klassen) 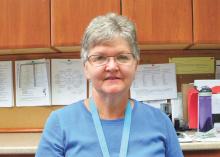