Nonviolent action in history and today 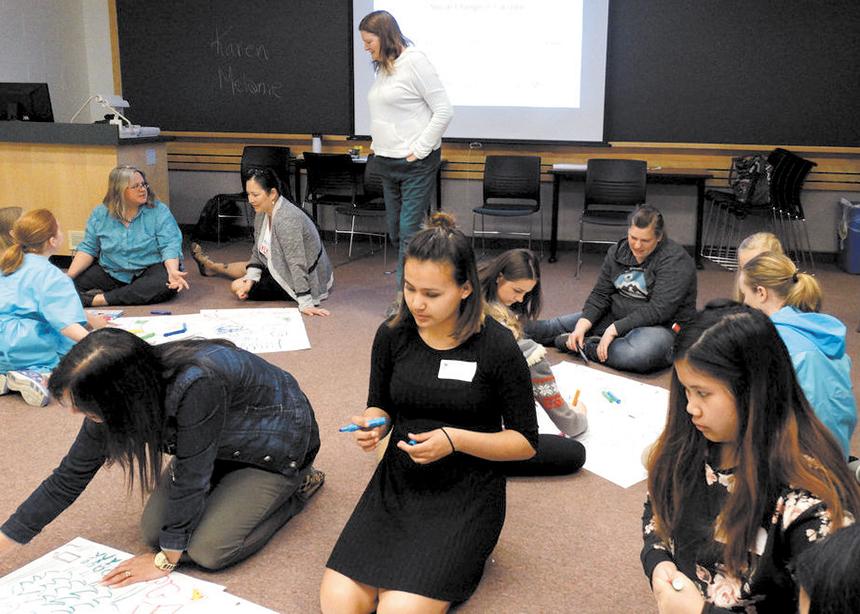 War has long been the popular narrative throughout history and it continues to be justified by mainstream society today. Believing in an alternative often feels like a rare position to take. Over the years, the most prevalent topics among the displays, awards and student projects at the fair have been war and war heroes, says Stoesz, archivist at the Mennonite Heritage Archives.

That’s why he teaches students, teachers and parents about conscientious objection. “Canada’s had provisions for conscientious objectors since . . . before Canada was even a country . . . and the kids need to know that,” he says. “That’s part of our history.”

The annual fair is held at the University of Winnipeg, where approximately 300 students in grades 4 to 11 gather to learn about history. They present their history projects for judging, participate in workshops and go on a scavenger hunt among the booths of many different historical organizations. Coordinators of the fair are pleased to have Stoesz because his booth brings a new perspective on war and history into the mix.

For several years, Canadian Mennonite University (CMU) has also sponsored the Impact of Faith Award. It recognizes a student project that highlights how faith has played an important part in history. This year’s winning project examined religious demographics in Canada. Stoesz says the award is important because religion has been an important influence throughout history and today’s public schools shy away from discussing religion.

Three years ago, Stoesz decided there needed to be more at the fair about nonviolence than just his small booth. “I was encouraged by a teacher who each year lamented the strong ‘might makes right’ message of the workshops around the war themes,” he says.

Karen Ridd, an instructor in peace and conflict resolution studies at Menno Simons College in Winnipeg, led the workshop the year it was created and at this year’s fair.

Her workshop this year included the Village Game, an interactive activity she adapted to explore the experience of nonviolent action. Groups drew and wrote on big sheets of paper what their ideal communities would look like, and had to figure out a creative response when the facilitators began ripping away pieces of their community. Afterwards, they discussed the exercise and connected what they had learned to their own projects.

Ridd then showed students examples of creative nonviolent action in Canadian history, such as the story of the Wolseley elm, Indigenous peoples’ resistance to residential schools, and the Doukhobor protests, among others.

“If we want to help the world live more peacefully, we need to have peace heroes,” Stoesz says. “We need to have people to emulate and stories to share of those who have stood for peace. . . . The values in them and the actions taken by the actors in the stories influence our own values and actions.”

Both the booth and workshop have received a positive response from teachers, parents and students. Often nonviolent action and conscientious objection are new terms for people, yet students who come by Stoesz’s booth are starting to say they have heard the term in the classroom.

“Those comments are the ones I really appreciate, because then I know it is being taught in the schools, and I’m getting more of that as time goes on, rather than less,” he says.

Ridd agrees that students are engaged in this topic. During the Village Game, the young people organized faster and more effectively. “I think they’re less implicated into thinking that we need to be violent, and they were very creative very quickly at coming up with solutions,” she says. 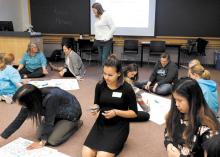