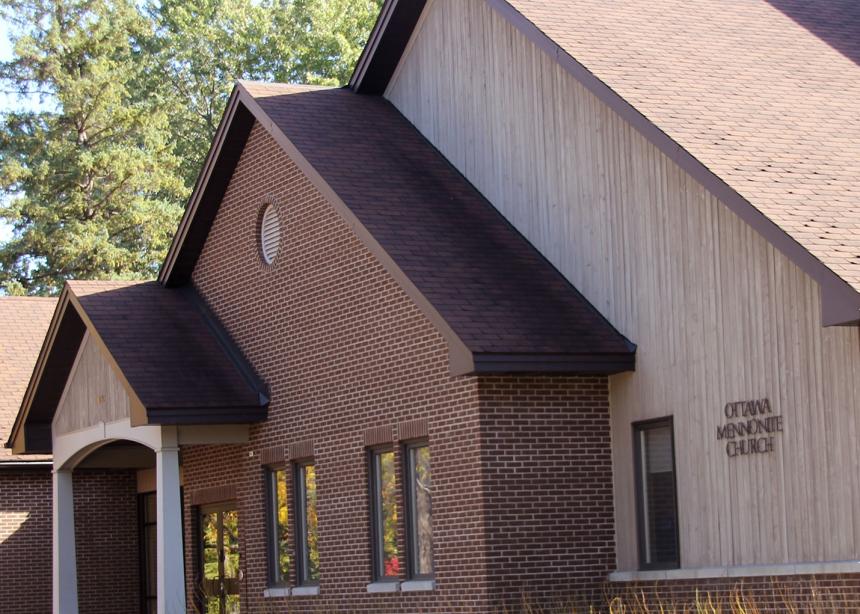 Ottawa Mennonite Church is located at 1830 Kilborn Avenue in the nation’s capital.

In past years, there were only two Anabaptist congregations in Ottawa, the nation’s capital, one Mennonite Brethren and the other, Ottawa Mennonite Church, a member of Mennonite Church Eastern Canada.

But there has been an explosion of congregations of late: two new Mennonite Brethren associate congregations; a Brethren in Christ satellite of Oakville’s Meeting House; and four more MC Eastern Canada congregations: Church of the Living Word and Oromo Evangelical Church (both Ethiopian), Chin Christian Church, and Village International Mennonite Church.

Anthony Siegrist, pastor of Ottawa Mennonite, a congregation of between 250 and 300 congregants, spoke to Canadian Mennonite recently about how the new riches of area church neighbours is affecting Ottawa’s oldest Anabaptist congregation.

Siegrist feels that having been farther away from the large concentration of MC Eastern Canada congregations in central and southwestern Ontario has been good for Ottawa Mennonite, having given it room to try new things while at the same time see the gifts and treasures of being Anabaptist.

As a member of the Capital Area Christian Council, Ottawa Mennonite has been an Anabaptist voice in this ecumenical group. It actually has more contact with other churches than the Anabaptist ones.

Church of the Living Word formerly worshipped in Ottawa Mennonite’s building, but does so no longer. Attempts to worship and fellowship together were uncomfortable, since Ottawa Mennonite is an established congregation, made up of largely established Canadian Mennonites, with a paid staff and a large building.

Bernard Sejour, the area church’s mission catalyst for Ottawa and Quebec, has organized meetings for the MC Eastern Canada pastors to fellowship and chat, which resulted in their congregations coordinating a joint food drive. But “relationships are a challenge,” says Siegrist, as most of the other congregations have volunteer leaders and members working hard to keep up. Prayer requests from the other leaders focus on their youth’s commitments and inclusion in the church, since ethnicity is not enough to keep them in the fold.

Ottawa Mennonite is “compromised in all kinds of ways,” says Siegrist with a smile. Many of the congregants are federal government employees who might have trouble seeing the system at arm’s length and cannot pretend about government use of force or foreign policy. Ottawa Mennonite benefits from being part of society, as the congregation has professional musicians in its ranks, many drawn to Ottawa through National Arts Centre opportunities.

Congregants cannot pretend to be “the quiet in the land,” says Siegrist. They “live in ambiguity.” Compared with the early church, which saw itself as a spiritual elite distinguished from society, Ottawa Mennonite is made up of “everyday folk making decisions of distinction about life in the marketplace,” the pastor adds.

At the same time, Ottawa Mennonite has many who come to the nation’s capital to work with organizations like the Mennonite Central Committee national office, making the congregation a place of “Christians negotiating with culture,” Siegrist says.

Siegrist, an ethnic Mennonite from Lancaster County, Pa., sees Canadian Mennonites as different from those in the U.S., since they involve themselves more in politics here. One way the congregation is learning about faith and politics is from congregant Jack Mugendi Zoka, the Tanzanian high commissioner for Canada and Cuba, and a Mennonite church member.

Ottawa Mennonite is “a vital congregation, and it is important for it to be in the nation’s capital,” says Siegrist, adding, “Thriving now, it is finding ways to be a blessing and resource in this post-Christendom time.” With vibrant worship, including all the senses, ecumenical connections, and a welcoming stance towards families with children, the congregation has hope.

But there are concerns. “Will young people come when their parents don’t bring them?” Siegrist wonders, adding, “A number of families are composed of parents from different Christian traditions, and find themselves torn between [Ottawa Mennonite] and another congregation.” His own Mennonite, Anglican and evangelical roots have been appreciated in the congregation, adding to its liturgical depth and historical weight.

Siegrist says Ottawa Mennonite is a “gift to the community,” as it has brought a Ten Thousand Villages sale to the community for the past 40 years. Many members also volunteer in the community, and the congregation has helped sponsor more than 100 refugees since 1959. 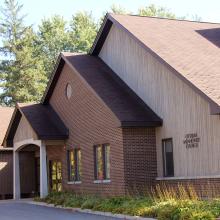 Ottawa Mennonite Church is located at 1830 Kilborn Avenue in the nation’s capital. 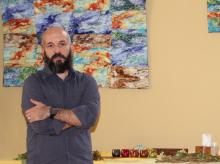 Pastor Anthony Siegrist is pictured in the worship space at Ottawa Mennonite Church.

This church did not leave MCEC. Its former pastor left MCEC.

The article has been corrected. Our apologies to Village International Mennonite Church.
—Web editor