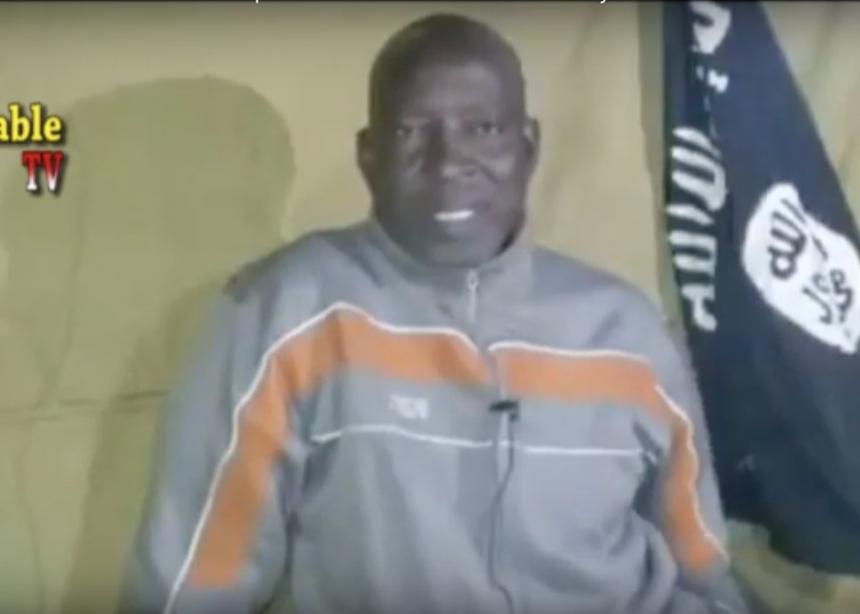 On Jan. 20, Lawan Andimi, a pastoral leader in the Nigerian Church of the Brethren, was executed by Boko Haram, an extremist Jihadi group. He had been reported missing on Jan. 3, the day after a Boko Haram attack in his area.

Reports indicate that Boko Haram initially demanded a ransom payment, but in the end it beheaded Andimi because he refused to convert to Islam. Prior to the killing, Boko Haram released a video in which Andimi steadfastly affirmed his faith.

The Church of the Brethren in northeastern Nigeria has suffered displacement, death, abductions and destruction of church buildings and schools at the hands of Boko Haram. Reports vary, but thousands of church members have been killed since the Boko Haram uprising in 2009.

In addition to his work in the Church of the Brethren, Andimi was a district leader in the ecumenical Christian Association of Nigeria.

His execution drew international attention, including in The New York Times. Then, on Feb. 3, Christianity Today magazine published a guest column by President Muhammadu Buhari of Nigeria, in which he eulogizes Andimi and condemns Boko Haram.

Buhari notes that Andimi’s ministry was based only 100 km. from Chibok, where 267 school girls were abducted by Boko Haram in 2014. The majority of those girls were from Church of the Brethren families. Buhari noted that 107 of the 267 have been freed, with efforts continuing to free the rest.

While some commentators and church officials in Nigeria and abroad frame Boko Haram’s efforts as a war on Christians, Buhari says that 90 percent of Boko Haram victims are Muslims. “We cannot allow [Boko Haram] to divide good Christians and good Muslims from those things that bind us all in the sight of God: faith, family, forgiveness, fidelity and friendship to each other,” he wrote.

According to Buhari, who once supported Sharia law, 45 percent of Nigerians are Christian.

He also wrote: "We might all learn from the faith and works of Pastor Andimi. There seems little doubt he acted selflessly in so many regards—giving alms and prayers to both Christians and Muslims who suffered at the hands of the terrorists. And he passed from us, rightly refusing to renounce his faith that was not for his captors to take, any more than his life."

In a statement prior to Buhari’s column, Samson Ayokunle, the head of the Christian Association of Nigeria, insists that Boko Haram and other terrorist groups target primarily Christians and the government is complicit.

Referring to a "prevailing upsurge of attacks against the church," Ayokunle states, "it will be difficult for us to believe that the federal government under the present administration is not colluding with the insurgents to exterminate Christians in Nigeria."

The Nigerian High Commission in Ottawa did not respond to a request for comment.

Do you have a story idea for Canadian Mennonite? Send it to submit@canadianmennonite.org.