A new song for Special Assembly 2017 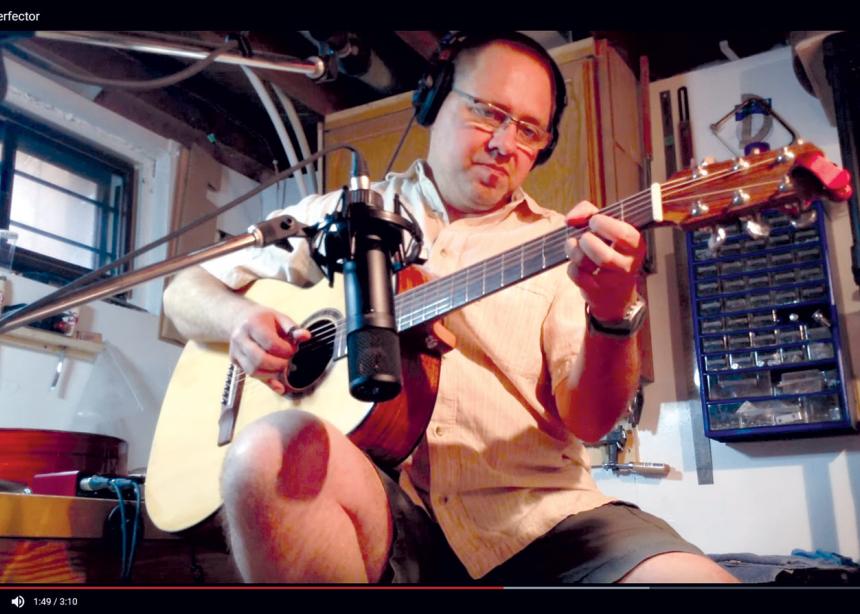 Planning Special Assembly 2017 worship might be a daunting task, but with the right team—and the right music—the spirit of the event will follow people home.

With that idea in mind, the worship committee for Mennonite Church Canada’s special assembly in Winnipeg, to be held from Oct. 13 to 15, 2017, is bringing to the event a new song written by Phil Campbell-Enns.

“May Your Spirit Give Life” will feature prominently at the assembly along with the selected theme song, “New Earth, Heavens New” (Hymnal: A Worship Book, No. 299) by Harris J. Loewen.

The committee helped Campbell-Enns fine-tune the lyrics to “May Your Spirit Give Life,” but he says that was outside his creative norm. He’s used to working on his own. “It’s me hanging out on the couch at 7 in the morning with a cup of coffee,” he says. He works slowly and randomly, especially at the beginning. Once a general form is established, he spends a few weeks editing his ideas and turns-of-phrase.

Working with the committee gave him a new perspective on what he does. Falco raised questions about the thoughts behind various lines, but getting a change in lyric to fit the musical meter was another challenge. “Every song, you’re dealing with a limited vocabulary,” Campbell-Enns says. “You’re looking for words that are just as effective so you don’t sing the same word over and over again.”

This isn’t the first time he has written music for an MC Canada assembly. “Mountain of God” was featured at the 2001 assembly at Columbia Bible College in Abbotsford, B.C., and “Your Beloved Child” resonated throughout the 2013 Fat Calf Festival at Camp Assiniboia near Winnipeg.

There is always something new to take away from church assemblies, Campbell- Enns notes, and he and the worship committee for Special Assembly 2017 hope music will be a large part of that.

“It’s the reason you write a song specifically, so that when people go home they have something creative or artistic to take away, to be associated with the event,” he says. “You hope that even the first couple of notes might remind people of the event, of the national church coming together.”

Phil Campbell-Enns shares a preview of “May Your Spirit Give Life” at philcampbellenns.com/songbook.html. Scroll through the alphabetically arranged list of song titles.

To read more about the future of the church and Special Assembly 2017 see:
Dare to dream again
What is the Spirit saying to our churches today?
‘We need to learn to dream as a church’
Youth wanted