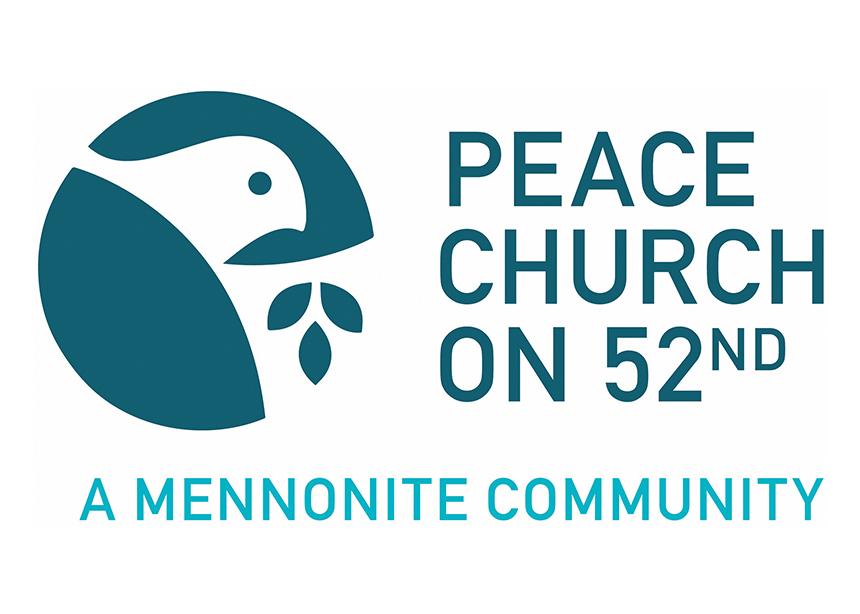 A revitalized sense of mission has led to a change of name for an 81-year-old Vancouver Mennonite congregation. The church formerly known as First United Mennonite Church (often shortened simply to FUMC or 52nd because of its address at 659 E. 52nd Avenue) is now Peace Church on 52nd.

Once a large congregation that numbered more than 500 in the 1960s and early ’70s, it had shrunk to between 70 to 80 active attendees, with an aging demographic, by 2016. Members began to have difficult conversations about whether to even remain open. Eventually it decided to try to revitalize itself and reach out to its now diverse neighbourhood in southeast Vancouver.

“As part of these efforts, we realized that our name . . . was not helping in our outreach efforts,” says Lydia Cruttwell, the church's co-pastor, explaining that the original name was confusing in a number of ways. “We often had people thinking we were part of the United Church;  the word ‘Mennonite’ caused a lot of confusion for our non-European neighbours; and referring to organizations by their acronyms can often be alienating to newcomers who don't know what the acronym stands for.”

The congregation processed the name issue through many meetings and discussions at various levels. During the process of name proposals, it became clear that the greatest point of discussion was around the use of “Mennonite” in the name.

“While some of our members surprised us by being strongly in favour of Peace Church on 52nd or South Vancouver Peace Church, for others the idea of no longer having ‘Mennonite’ in our church name felt like a loss of their identity,” says Cruttwell.

The church’s Vision Committee eventually decided that Peace Church on 52nd was the best choice. Including the reference to 52nd Street shows the importance of relating to the neighbourhood while connecting to the history of Mennonite Church B.C.

“For years already, people within our church and within Mennonite Church British Columbia, have referred to us not as FUMC, but as 52nd Church, and we liked a name that preserved that nickname for us,” says Cruttwell.

Some in the congregation with strong Mennonite roots expressed a sense of loss at no longer being known as a Mennonite church. Nonetheless, leadership affirmed that dropping the denominational reference was the best way forward. Those in the immediate neighbourhood and outside of Mennonite circles often confused Mennonite with Mormon or Amish, or thought they would have to learn German or be of European heritage to be part of the church.

A vote in June on the proposed name change garnered an 80 percent mandate to move forward as Peace Church on 52nd.

The proposal put forward at that time said in part: “We are not trying to hide who we are, but to show more faithfully just who we are and who we desire to be. We believe ‘Peace’ is a word that invites people in much more effectively.”

“Peace” was considered to be impor-tant because it expresses the essence of Anabaptist-Mennonite theology and is a word everyone knows.

“All people long for peace—inner peace, world peace, peaceful relationships, whether or not they've ever heard the words ‘Anabaptist,’ ‘Mennonite,’ or even ‘theology’ before!” Cruttwell says.

Because two other MC B.C. congregations—Peace Mennonite Church in Richmond and Chinatown Peace Church in Vancouver—already have the word ‘Peace’ in their names, some have wondered if there would be confusion around a similar name. Reading from an email from Peace Mennonite’s pastor, Winston Pratt, Cruttwell reports that, after discussion among members of Peace Mennonite, that congregation “overwhelmingly blessed FUMC's initiative in its revitalization to change its name to ‘Peace Church on 52nd.’ ” All three congregations affirm that they are members of the same denomination and are working to bring peace to their respective neighbourhoods.

To avoid confusion, the newly named Peace Church on 52nd encourages people of MC Canada and MC B.C. to continue referring to the Richmond congregation in shortened form as “Peace Church” while using the nickname “52nd Church” for itself.

The Vancouver congregation has already begun using the new name in its bulletins, on the phone and in worship services, although the name as registered with the government will continue to be First United Mennonite Church until the name can be officially changed. 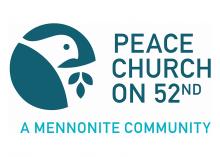