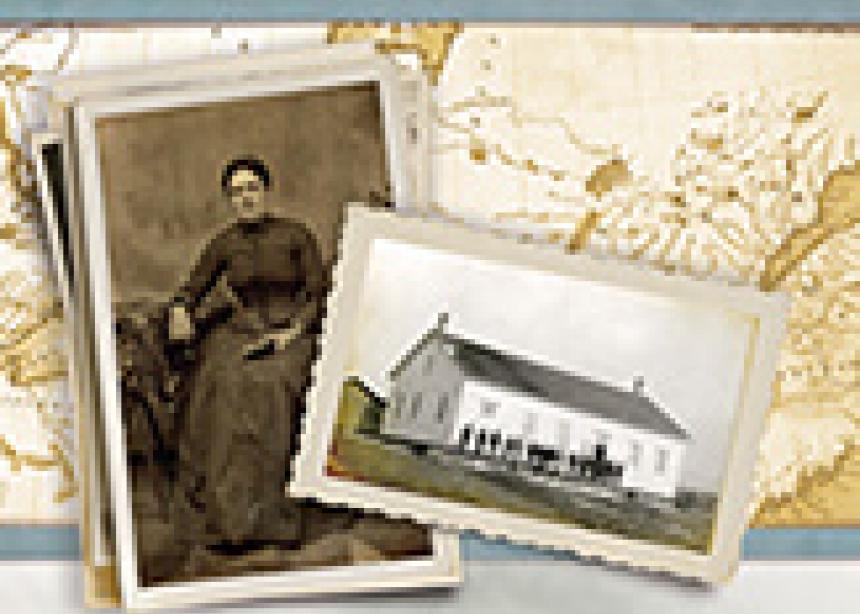 In Search of Promised Lands: A Religious History of Mennonites in Ontario
By Samuel J. Steiner. Herald Press, 2015, 877 pages.

Sam Steiner has pulled off an amazing feat. He has written the definitive history of Mennonites in Ontario in an interesting way that makes it accessible to ordinary readers. This is a very complicated story with different streams of Mennonites and Amish coming together and with numerous splits and divisions, but Steiner weaves it all together, presenting the story simply and clearly.

There are far too many details for anyone to remember, but rather than getting overwhelmed by the details, readers should follow the story as Steiner draws the larger picture. This book will serve as a good reference if anyone needs to go back later to find specific details.

The 200 years of history are structured both chronologically and thematically. Each chapter begins with an anecdote about an individual who represents the theme of the chapter. Steiner has chosen these anecdotes very carefully to illustrate the time period and what’s happening in Mennonite churches. This collection of short anecdotes could be seen as a kind of condensed, mini-history of Mennonites in Ontario.

The greatest strength of this book is the depth of research. Steiner’s bibliography runs to 65 pages while his endnotes take up 160 pages. He does not simply accept the traditional historical interpretation of events; his extensive research, often using original documents, means he can make his own assessments. For example, he debunks some of the mythology around Mabel Dunham’s book,  The Trail of the Conestoga. Steiner points out that the fear of the Beverley swamp was a myth and Richard Beasley was not trying to trick the early Mennonite pioneers. He is also less than complimentary about the leadership of Bishop Benjamin Eby. He provides a wealth of new information such as how the War of 1812 influenced the Mennonites in Niagara and what happened to the Mennonite Brethren in Christ who eventually changed their name to the Evangelical Missionary Church.

Steiner is particularly well placed to interpret the history of the later decades of the twentieth century since he was the archivist at the Mennonites Archives of Ontario during those years. His ability to tell the story within a broader context is very helpful. For example, he is able to show the individual baby steps that led to rise of women in ministry.

Because the spectrum of Mennonites in Ontario today is so broad, Steiner organizes them into four categories—assimilated, separatist conservatives, evangelical conservatives and old orders. In the appendix he is also brave enough to predict the future of each of these types of Mennonites.

I enjoyed this book immensely, especially the new interpretations and stories I had never come across. Some of these were hidden in the footnotes, so I made sure I skimmed them all. The photos, maps and charts were very helpful in getting an overview of all Mennonite groups in Ontario. One of the most interesting for me was a 2001 map showing where Mennonites lived in Ontario.

As I was reading, there were only a couple instances where I had questions about Steiner’s interpretation. In each case it was very minor, nuanced point dealing with recent history. For example, I would not be inclined to classify Old Order Mennonites as fundamentalists.

My biggest disappointment in the book is the lack of detail about Mennonite settlement in the Waterloo area and how the community grew in the mid-nineteenth century. Steiner tells stories about some of the earliest settlers, but very little more about the new congregations in what is now Waterloo Region. I assume this was due to space constraints. Perhaps if all those details were included, the book would be too heavy to hold!

If any potential reader finds the sheer size of this volume intimidating, a digital version is available.