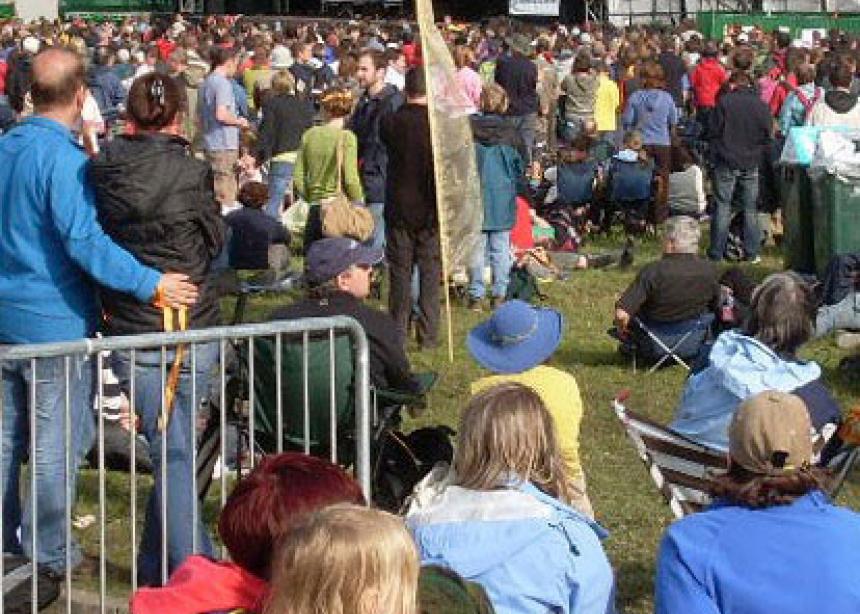 Organizers of Canada’s newest festival of music, faith and social justice hope that the Skylight Festival will invigorate a generation of socially conscious Christians.

The first Skylight Festival will take place this summer in Paris, Ont., from July 31 to Aug. 2. It’s patterned after the Greenbelt Festival in England that draws more than 20,000 people each year.

“I’d call Greenbelt the most exciting thing happening in Christianity in the U.K.,” says Skylight director Vic Thiessen. “For some people it is church, it is their Christian experience. It’s attracted people who haven’t been to church in many years—or ever.”

Thiessen hopes Skylight will offer something similar in Canada.

In 2013, representatives from the United Church of Canada and Mennonite Church Canada attended the Greenbelt Festival and began discussing the possibility of organizing a similar event in Canada that would galvanize young people around issues of faith and social justice.

Skylight organizers are also taking notes from the Wild Goose Festival, a four-day outdoor festival of spirituality, justice and the arts held annually in North Carolina.

The Skylight Festival is being organized independently from any particular church denomination, but the United Church has agreed to underwrite the costs of the initial festival. It hopes to recoup its costs through ticket sales.

Originally, organizers were planning to launch the festival in the summer of 2016. But when they met earlier this year to begin making plans, there was so much energy at the meeting they decided to hold the first Skylight Festival this summer.

Despite the short planning window, the festival has managed to put together a promising and diverse line-up of musicians and speakers.

Indigenous Canadian folksinger Diem Lafortune and singer-songwriter Matt Epp are among the musicians who will be performing. The speakers include Sylvia McAdam Saysewahum, a founding member of the Idle No More movement; Doug Pagitt, a popular author and speaker associated with the emerging church movement; and Judy Da Silva, an Anishinabe activist who has been recognized internationally for her nonviolent activism in protection of her community in Grassy Narrows, Ont.

Organizers are committed to making the Skylight Festival an anti-oppressive, lesbian/gay/bisexual/transgender/queers (LGBTQ)-inclusive event that prioritizes gender balance and the voices of people of colour, says Thiessen, adding, “We want to deal with the issues Canadians are facing as a nation.” The talks and performances will focus on Canada’s relationship with indigenous people, climate change and peace.

Thiessen says that the people on the visioning team for the festival believe there are people out there—some of whom who have left the church—who are ready to hear “people talk about Christianity from a different perspective, from a perspective that deals with the issues of our time. There’s a hunger for change,” he says. “What we hope to do is inspire people to action.” 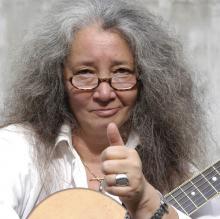 Diem Lafortune (Mama D), nominated for a 2013 Canadian Aboriginal Songwriter of the Year Award, will play at the inaugural Skylight Festival, in Paris, Ont., this summer. (Photo by Bear Image Productions Marchand/Vaugeois)